The weeklies and dailies ponder the role of sex and corruption scandals in last weekend’s surprise local election results, and consider the broader repercussions of what happened on Hungarian politics.

On Index, Balázs Cseke points out that most politicians involved in sex and other scandals were nonetheless elected in October’s municipal election. The liberal commentator notes that both opposition and government politicians allegedly involved in sex scandals, tax fraud, embezzlement or physical violence were re-elected as mayors. Cseke suggests that Hungarian voters are not much bothered by such allegations.

Magyar Demokrata’s editor in chief András Bencsik also thinks that in Hungarian politics, such dirty, ‘mafia-like methods’ do not work, as voters do not care much about the private lives of politicians. The pro-government commentator interprets this as proof of the maturity of Hungarian voters. He dismisses those interpretations that attribute Fidesz candidates’ defeat in Budapest and other major cities to Győr mayor Zsolt Borkai’s sex tape.

In Élet és Irodalom, Ervin Csizmadia, on the other hand, writes that the Borkai scandal gave impetus to Gergely Karácsony’s campaign in Budapest. The left-wing political scientist characterises Karácsony’s mobilization strategy as inventive, and mentions that it relied heavily on populist rhetoric and systematic coordination among the opposition parties. He admits, nonetheless, that without the Borkai’s sex scandal, Karácsony might not have won.

Magyar Nemzet’s Attila Ballai accuses the opposition of applying double standards. The pro-government columnist recalls that after the local election, Borkai was forced to hand in his Fidesz membership, thus will continue to serve as Győr Mayor as an independent politician. By contrast, he writes, those left-wing politicians who discussed corruption in a taped conversation still work as if nothing happened. (Csaba Lackner, one of the local council members involved in that scandal has since quit the Socialist Party.)

Magyar Narancs in a first page editorial claims that Borkai’s decision to quit Fidesz is nothing but a ‘pathetic stunt’ which was ordered by the party leadership. The liberal weekly doubts that voters will buy this manoeuvre. Nobody, apart from ‘fanatic Fidesz voters’, will believe that other politicians are less corrupt than Borkai, Magyar Narancs concludes.

In Népszava, Péter Németh also thinks that Borkai’s decision to leave Fidesz is intended to save Fidesz’ face. The left-wing commentator, however, doubts that this strategy will succeed. Németh predicts that Borkai will remain a ‘problem’ for Fidesz even after he quit the party. Writing in the same daily, Róbert Friss accuses Prime Minister Orbán of ‘eroding society’s basic moral norms’ by not condemning Zsolt Borkai.

Heti Világgazdaság’s (HVG) pundits wonder why Zsolt Borkai’s sex tape became a major scandal, while other similar cases haven’t made comparable political waves. Zoltán Ceglédi explains this with the contrast between the taped sex scenes and the governing party’s rhetoric. In a similar vein, Tamás Gomperz also claims that the Borkai video shed a much sharper light on ‘how corrupt Fidesz politicians are’ than earlier scandals.

In Mandiner, Kristóf Trombitás writes that Christian conservatives need to meet higher moral expectations than liberals. The conservative commentator suggests that voters are more tolerant of liberal politicians’ private vices, as liberals advocate libertine values. But rather than complaining about double standards, conservatives should live up to their own standards, Trombitás recommends. He welcomes the Fidesz’s decision to ditch Borkai. 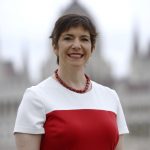