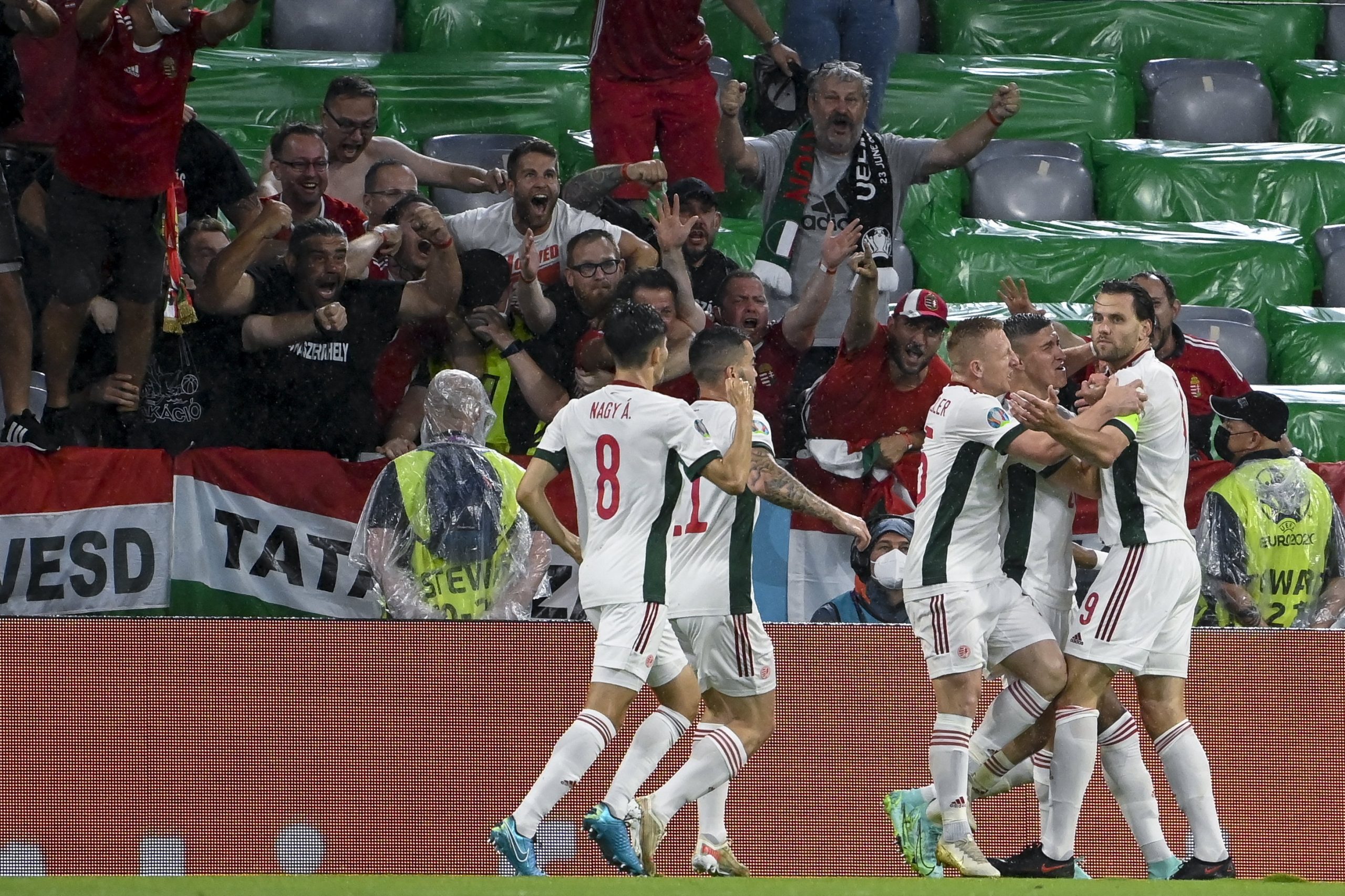 Most of the Hungarian press spoke in superlatives about the Hungarian team’s performance, highlighting positive outlooks for the future after so many bitter years. However, the involvement of politics was also a topic in some of the comments.

Liberal 444.hu‘s Márton Bede, in his piece titled “On the other day of a magnificent game,” noted that against France perhaps some would have rightfully argued that the draw against France shouldn’t have been celebrated as a victory, but this was not the case against Germany, as the German team failed to overcome the Hungarians in any aspect. In reference to football federation (MLSZ) president Sándor Csányi’s comments on Hungary’s national team possibly becoming one of the world’s future greats, football lover Bede wrote that perhaps days before and a day after the match that statement may have appeared ‘crazy,’ but for those who were following the game, it was certainly believable.

Everyone has to decide for themselves when was the last time before the regime change when the Hungarian national team played so well, as since then it never has, that is for sure.”

Gábor Balogh, in conservative government-critical Magyar Hang, highlighted the positive outlooks for the future following this performance. He argues that not many would have thought at all that the Hungarian team would eventually grab two points in this group. And besides expressing that an England-Hungary face-off in Wembley would have been a huge blast, there must be no sense of lack concerning Hungary’s performance, he argues. Head coach Marco Rossi made the most out of this squad, which was as disciplined and tactical as Hungarian fans have ever seen.

Liberal HVG‘s Ádám Fekő, in a lengthy analysis, similarly talked about positive outlooks, suggesting that Hungary might be successful at the upcoming World Cup qualifiers too (especially after Poland’s Lewandowski’s disappointing performance, with whom Hungary is in the same group along with England). He praises both striker Ádám Szalai (who is regularly criticized by some fans but who once again gave a snappy answer with his goal and assist) and Marco Rossi, in putting this team together, and wants MLSZ to offer him a competitive contract, seeing as the Italian has just become a hot commodity on the transfer market. He also slammed anyone who tried to ruin such an important, magnificent game by bringing in contextually irrelevant political messages. He thinks that while there certainly is an extreme part of Hungary’s fan base, in some of the Western countries the situation is way worse.

Pro-government Mandiner’s Ákos Győrffy thinks that the performance against Germany was also impressive in terms of ‘national character,’ after all their movements and gestures demonstrated that they were representing their homeland. He further explained that football’s most beautiful traditions have been revived by Hungarian players. All that makes this game capable of bringing people closer together, far beyond politics or anything else, “Even if only for a short time,” he said.

“We can be proud of the Hungarian national football team,” and “Hungary has once again become part of the real, professional football world,” György Mezey commented in pro-government tabloid Origo, arguing that a unique infrastructural background, and the leading teams’ stable economic background provide a basis for further progress. The former coach of the national team also made a short analysis on the game, in which he quietly suggested that taking Ádám Szalai and Roland Sallai out right before the end of the game was perhaps not the best idea.

Those who still cannot leave politics behind

Leftist American Népszava, however, similar to the previous edition of football EURO (where they rooted against Hungary due to PM Viktor Orbán’s love of football and associated subsidies) thinks that “this Hungarian state team would have been beaten by any previous German national team 6:0 (…) So many people think that this Hungarian team has done something great (…) But the truth prevails, knowledge is not replaced by enthusiasm or bigotry. Orbán threw hundreds of billions spent on football into the air, Hungarian football is in the same place where it has been only with perhaps slightly better foreign players…”

Fidesz opinion leader, publicist, and TV host, Zsolt Bayer, similarly dedicated little to the Hungarian success itself in his opinion piece in pro-government Magyar Nemzet. Although he also claims that the team deserved victory, he takes on the political criticism of Germany and the appraisal of some of the Hungarian government’s actions. In reference to the rigorousness of the German police, he wrote that they however, tend to look the other way when Muslim migrants are harassing and raping their own daughters and wives. ‘Brainwashing,’ the word ‘Germans’ put in quotation marks, “rainbow-colored spittle trickling down the fool’s face” were all featured in the article. “And let’s not forget: when we put the rainbow’s colors together, it comes out white. If white is disassembled, it will become rainbow. Isn’t it clear?,” he mysteriously concluded.

featured image: the team after scoring in Germany; via Tamás Kovács/MTI 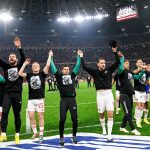