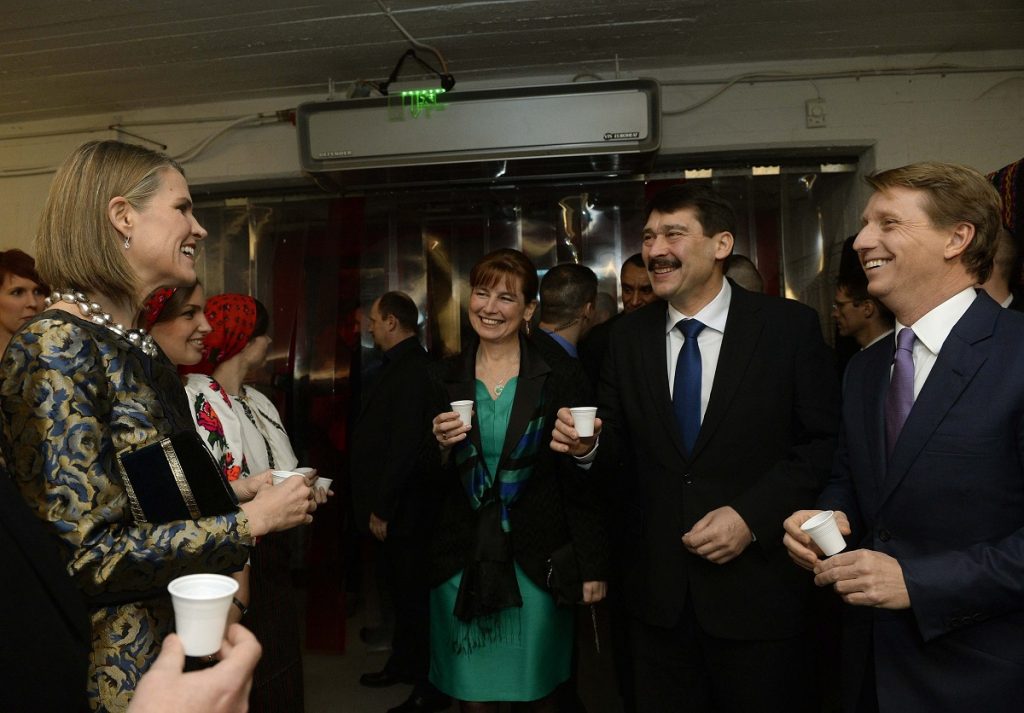 The event was attended by US ambassador Colleen Bell, Zsolt Németh, the head of Parliament’s foreign affairs committee, and representatives of ethnic Hungarian communities.

The ball, featuring folk dance programmes, concerts, exhibitions and other programmes at several venues, was organised by the Pro Minoritate Foundation and the Moldavia Hungarians’ Federation.

The Csángó community, an ethnic Hungarian group, lives in Romania’s Moldavia region, and comprises about 250,000 members. They are believed to have fled from neighbouring Transylvania in at least two bigger waves. Many Szeklers fled the forced recruitment into the Austrian military in the 18th century. About 60,000 members of the community still speak an archaic form of Hungarian.

It was not by coincidence that President Áder emphasised that the Hungarian language is one of the most important elements of Hungarian identity – one of the gravest problems of the Csángó community is that neither the Romanian government, nor the Catholic church supports the use of the Hungarian language. This has been the situation for several decades, but in the previous years, it has wosened. Together with the effects of globalisation, these aggressive attempts to assimilate the community, could spell and end to the ethnic group carrying archaic Hungarian culture and with it their living traditions, which have preserved folk music and dances, folk customs and stories, and Hungarian language itself in its centuries-old form.

The annual Csángó festivals seek to call public attention to the grave social and economic challenges for Moldavia Hungarians and win support to efforts of helping them survive.