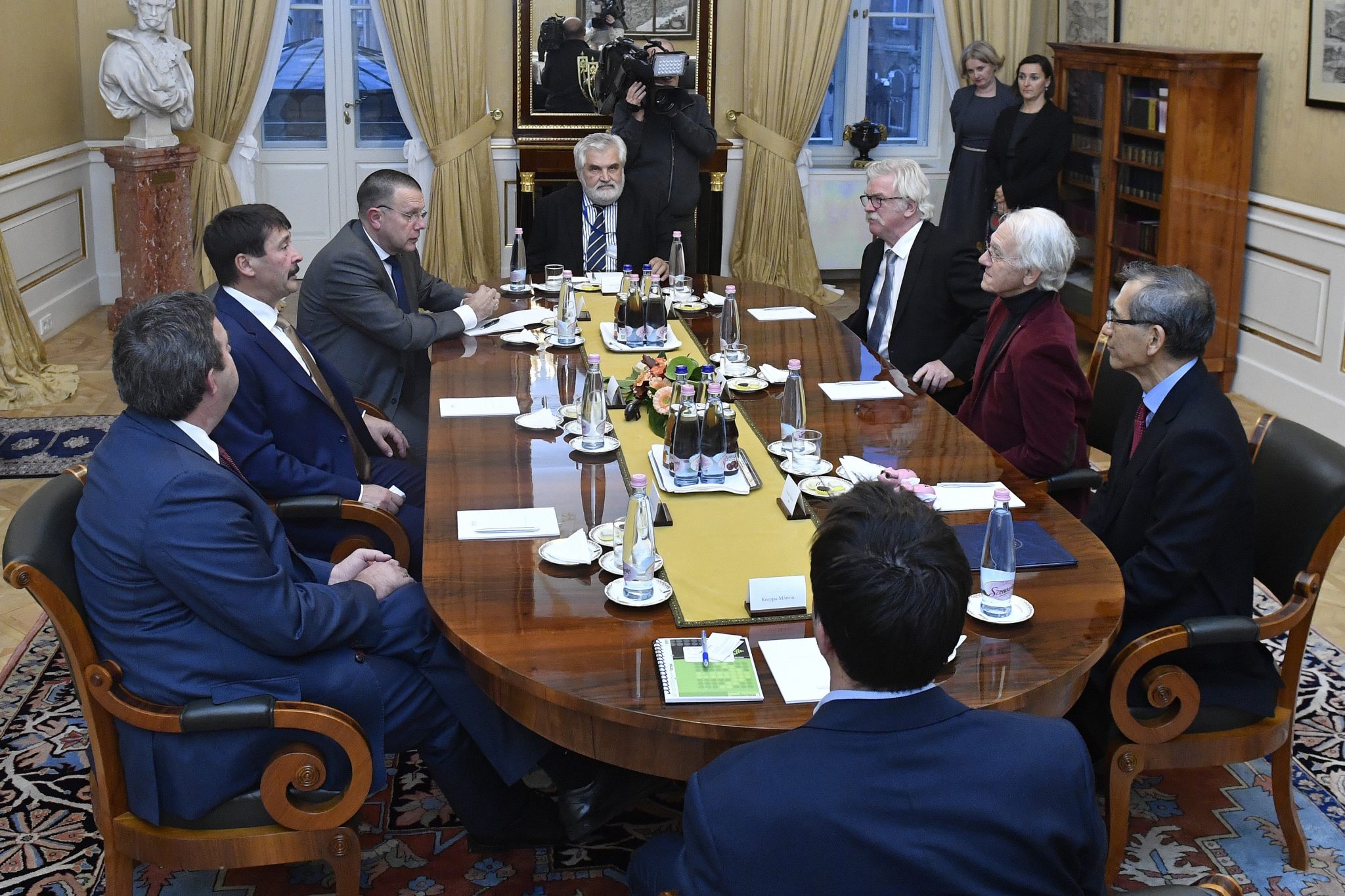 The scientists working at leading international universities briefed the president about research into the handling of high-radiation and long half-life elements of spent fuel rods in nuclear reactors, Innovation and Technology Minister László Palkovics said after the meeting.

The meeting was organised on the occasion of a project that is important for Hungary’s energy policy and responsibility, he added.

Some 90 percent of Hungary’s energy mix will be produced carbon-free by 2030 and nuclear energy will play an important part in this process, as will nuclear fission, he said. The remaining 20 percent is planned to be produced from renewable sources, he added.

Mourou has been awarded a Nobel prize for developing a technology which can be used to produce free neutrons with laser and to break up large toxic atoms which enables shortening the period that spent fuel rods must be kept in storage, he said.