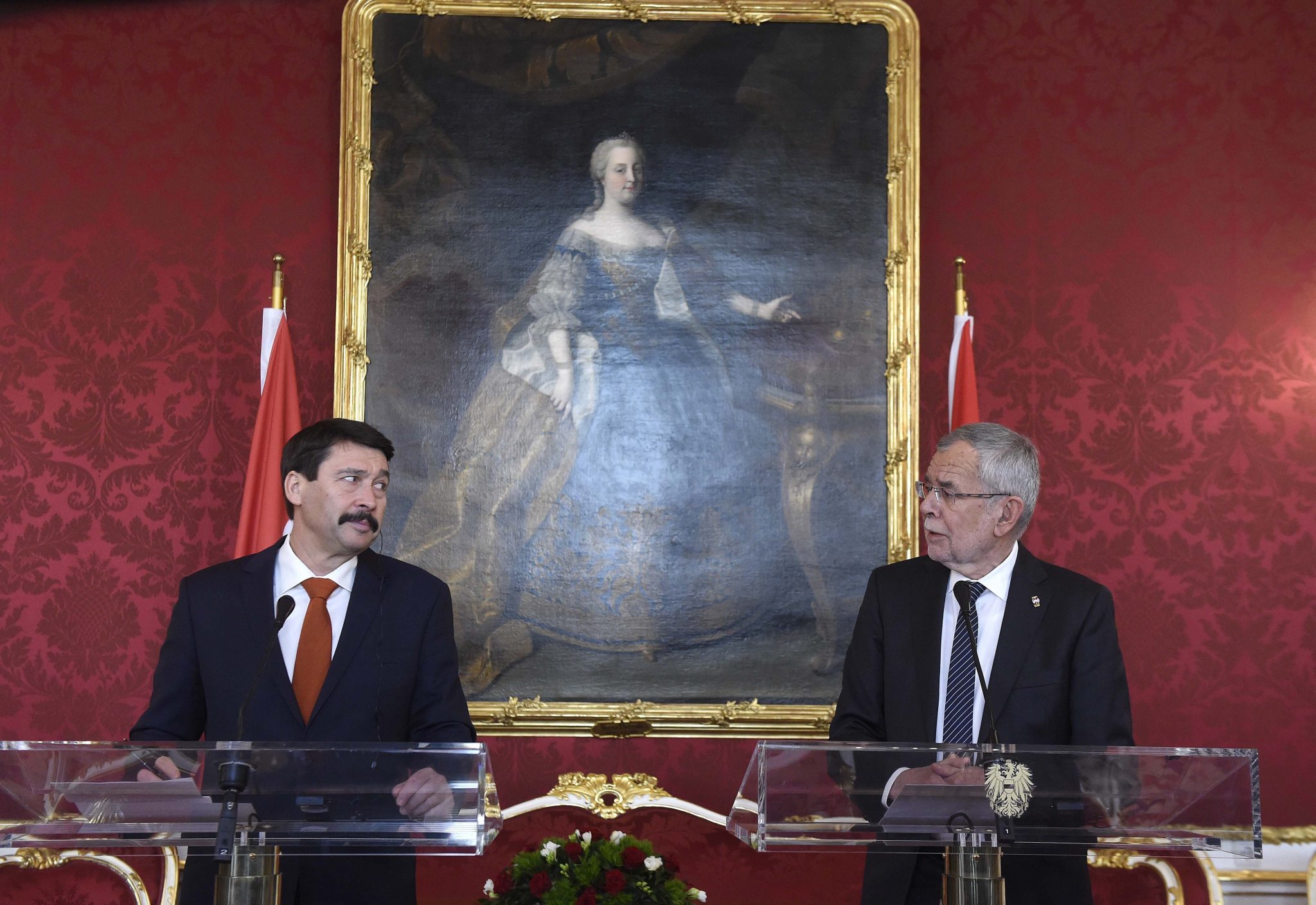 Economic relations between Hungary and Austria have intensified dynamically over the past seven years, President János Áder said after talks with his Austrian counterpart in Vienna on Wednesday.

At a joint press conference with Alexander van der Bellen, Áder noted that his first trip abroad as president was to Austria. Several aspects of the two countries’ relations, including their economic ties, have progressed dynamically since then, he said.

Austria is still one of Hungary’s major economic partners, Áder said, noting that it is the third largest foreign employer and investor in Hungary. Bilateral trade turnover was just under 11 billion euros last year, he added.