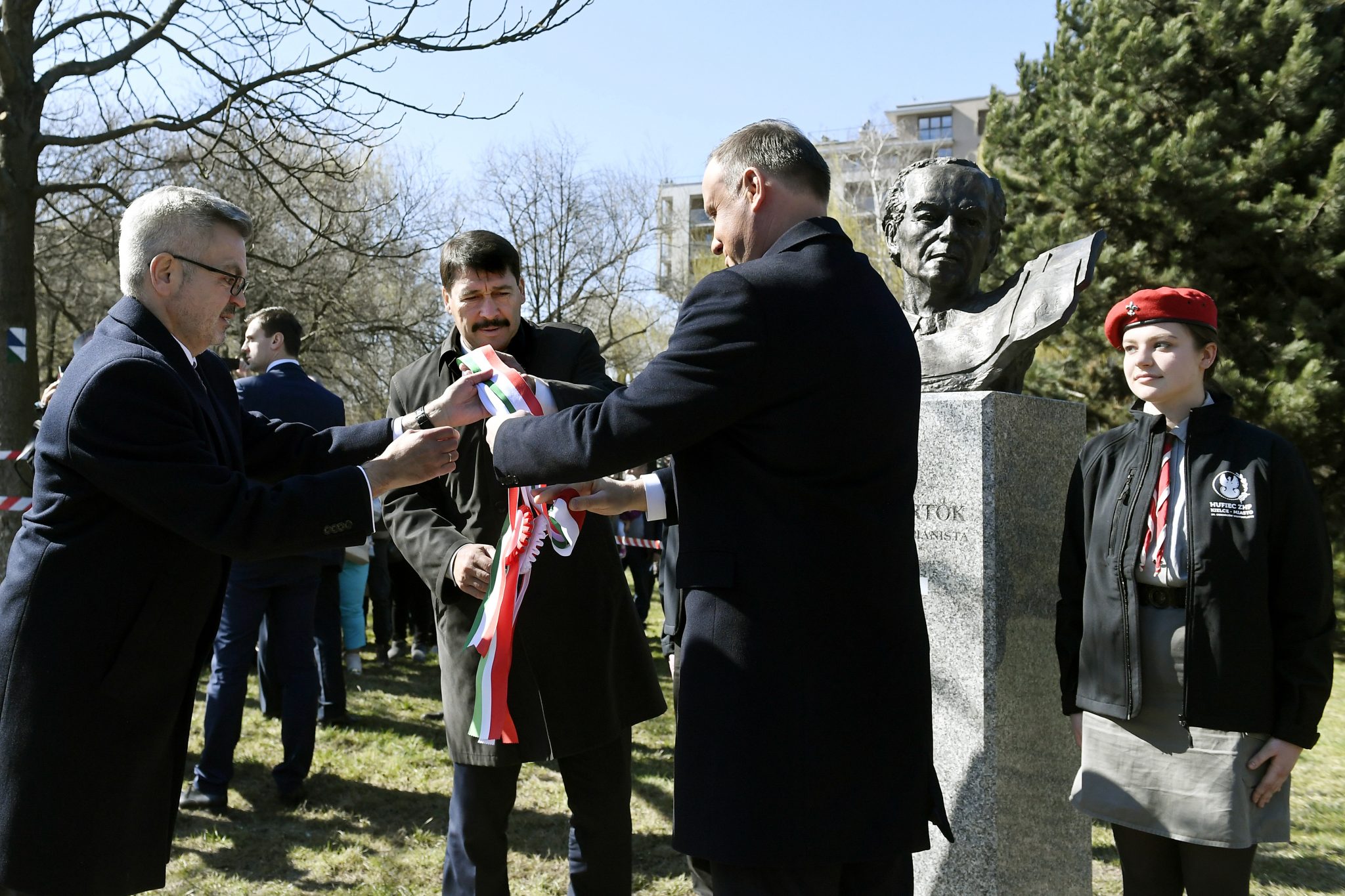 President János Áder and his counterpart Andrzej Duda inaugurated a bust of Hungarian composer and pianist Béla Bartók in Kielce, in southern Poland, on Saturday as part of events marking the day of Hungarian-Polish friendship.

The bronze bust was erected in an avenue in the centre of Kielce, which already includes more than forty other statues, including those of painters Marc Chagall and Salvador Dali and composer Igor Stravinsky.

The presidents also lit candles at a memorial dedicated to scouts killed in WW2 and laid a wreath at the memorial plaque of the victims of the Smolensk air disaster of 2010.

Earlier in the day, the presidents attended a mass delivered by Bishop of Kielce Jan Piotrowski and Andras Veres, Bishop of Győr, in western Hungary, who is president of the Hungarian Catholic Bishops’ Conference.

The annual Polish-Hungarian friendship celebrations date back to March 24, 2006, when the two countries’ presidents at the time, Lech Kaczynski of Poland and László Sólyom of Hungary, inaugurated a memorial in Győr.

On the featured photo: János Áder and Andrzej Duda. Photo by Szilárd Koszticsák/MTI 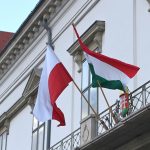