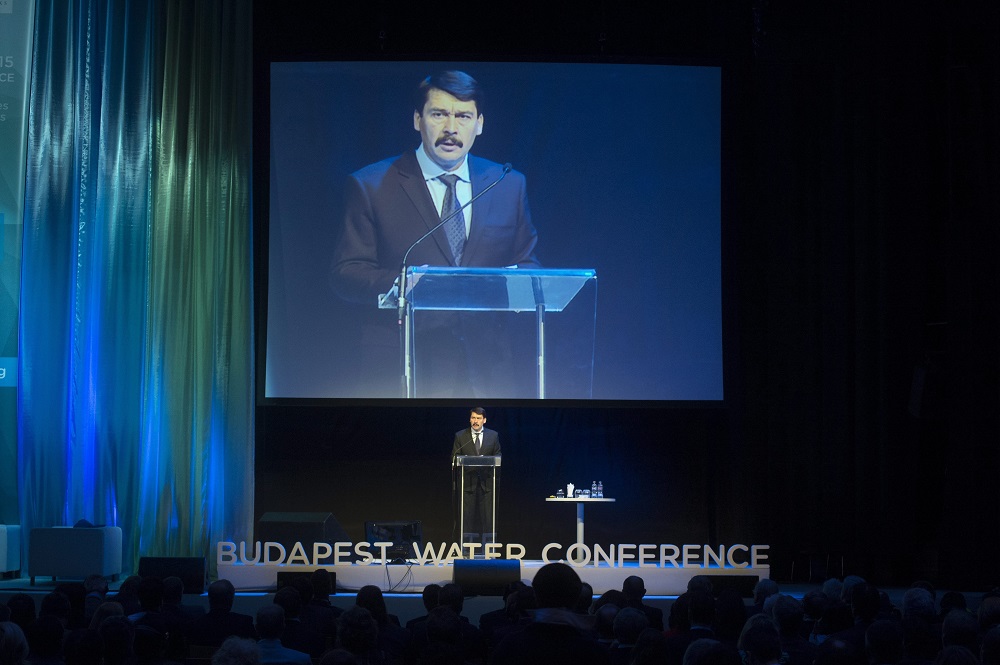 Today’s water calamities serve as warnings of future problems, Hungary’s president said at the opening of a Budapest conference of the European Water Association (EWA). János Áder said that 80% of the effects of climate change are disasters connected with water. In some places there are record-breaking floods while in others there is water scarcity and desertification, the president said.

Due to the acceleration of the water cycle, there are now some places where instead of cloud there are “climate flows” which result in sudden flooding and rising seas.“We are on the cusp of decisions which will determine the direction of development for the next 20-30 years and the opportunities of at least the next two generations,” the President said. “Whether there will or will not be clean water for our descendants; whether the climate will be bearable on Earth for humanity; and whether our towns and villages will be liveable, depends on our joint decisions and actions,” he said, adding that real development and the creation of harmony between society and the natural environment, as well as sustainable economic development, also depend on these decisions.

János Áder on Sunday also participated in a public media programme to raise awareness about damage suffered by Hungary’s forests after an ice storm in December of last year. The President likened the aftermath of the storm to a bombing and said the work of 30-40 years had been destroyed. About 34,000 hectares of forest was seriously damaged by the storm and more than 200 hectares must be replanted. More than 28,000 people called into the “S.O.S. The Forest is in Trouble” programme to make a contribution to the cause by the early afternoon on Sunday.