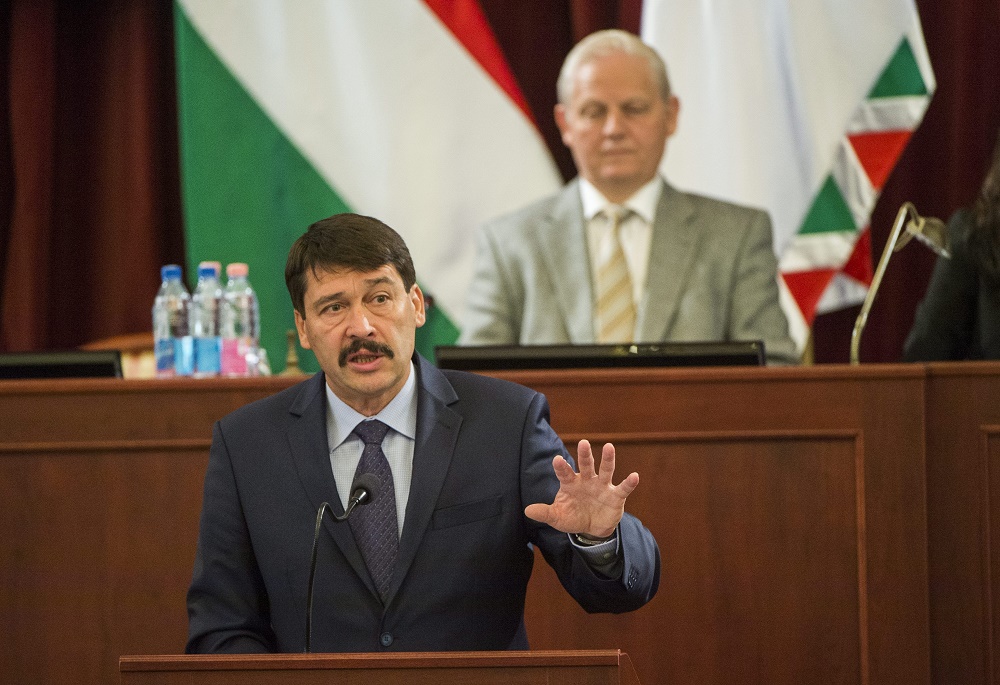 Hungary’s President has attended the Budapest City Council latest general assembly meeting on Wednesday and called on the representatives to join the climate protection campaign launched by former US Vice-President Al Gore. János Áder asked the municipal politicians to convince residents in their respective districts to also join the scheme. Furthermore, the President invited the representatives to raise their voice against climate change by registering at the campaign’s Hungarian website at www.elobolygonk.hu.

János Áder also expressed thanks to Mayor István Tarlós, the first Budapest official to join the campaign that aims to influence decision-makers at a Paris climate conference in December to reduce carbon dioxide emissions. According to Áder, worldwide negotiations on climate change have produced only meagre results so far but 1 billion signatures could exert pressure on the world’s top decision-makers to take genuine action. After Áder’s speech the municipal assembly decided to endorse municipal council support for the global initiative against climate change. The opposition Socialists (MSZP) said poorly organised construction projects in the capital resulted in permanent traffic jams and this also contributed to pollution.

On Tuesday János Áder met his Austrian and Slovenian counterparts at the crossing point of national parks of their three countries. The Hungarian President addressed the meeting on the occasion of the European Day of National Parks and voiced support for protecting the environment as a “shared European value”. Hungary’s János Áder, Austria’s Heinz Fischer and Slovenia’s Borut Pahor agreed that the maintenance of national parks was a task that required especial attention and cooperation.