President Áder at UN Climate Summit: ‘Cheapest Energy That Which We Don’t Use’ 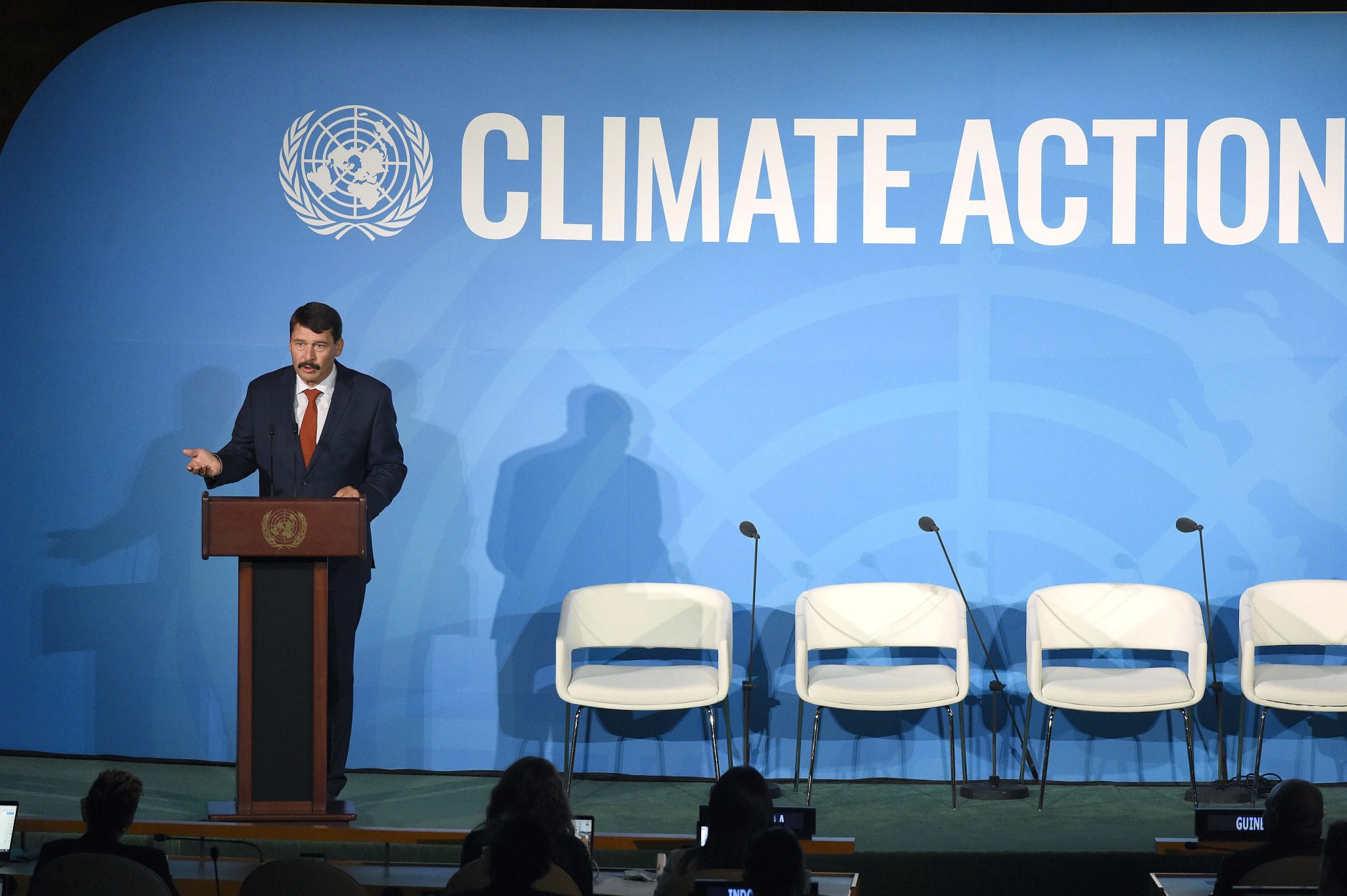 The philosophy behind the now 10-year-old programme is that “the cheapest energy is that which we don’t produce,” Áder told the summit.

The scheme aims to improve the energy efficiency of individuals, businesses and public institutions, he said.

The programme has so far allowed us to save more than one-quarter of the power output of the Hungarian nuclear power plant in the city of Paks. To put it in other words, we did not have to generate 6 percent of Hungarian electricity consumption from fossil fuels.”

The programme has so far been implemented in Italy, Britain and Romania, he said, expressing hope that it would be “just as successful there as it has been in Hungary”.

Áder also said that over the next three years, Hungary will support international climate finance by nearly 6 million dollars, part of which will go towards the Green Climate Fund. 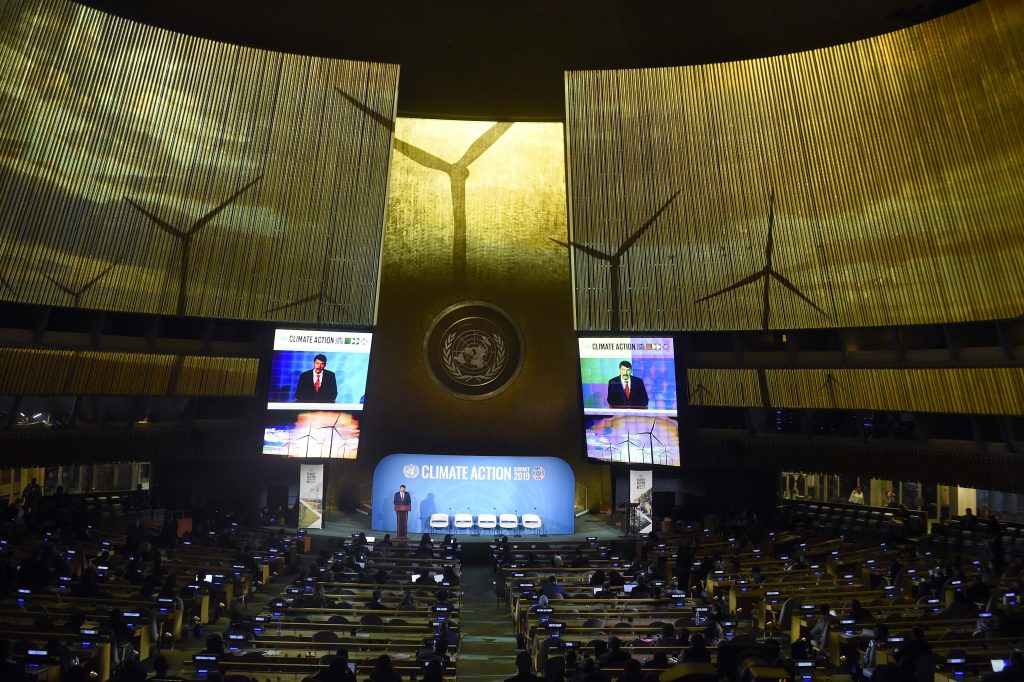 He noted that Hungary was the first European Union member state to ratify the Paris climate accord, pointing out, at the same time, that CO2 emissions have only increased since 2015.

As regards Hungary’s climate policy goals, the president said Hungary will boost its solar energy capacity tenfold by 2030, phase out fossil fuel-based energy production and expand its nuclear power plant. These combined efforts will ensure that 90 percent of Hungary’s electricity production will be CO2-free by 2030, he added.

Further, Hungary aims to achieve a 30 percent increase in the energy efficiency of its buildings by 2050.

By 2030, public transport companies in cities with a population of more than 25,000 will only use electric busses. Hungary will also continue its reforestation programme, he said, noting that the country’s forests have doubled in size over the past 100 years. And by 2050, Hungary aims to increase the size of its forests by a further 30 percent, Áder said.

Concerning climate policy achievements, the president said Hungary has reduced its CO2 emissions by 32 percent since 1990 simultaneously to reducing its energy consumption and increasing economic growth. Last year, the Hungarian economy grew by 5 percent while emissions were down by 0.6 percent, he said.

Áder vowed that Hungary will do everything in its power to make sure that the goals of the Paris climate agreement are achieved. 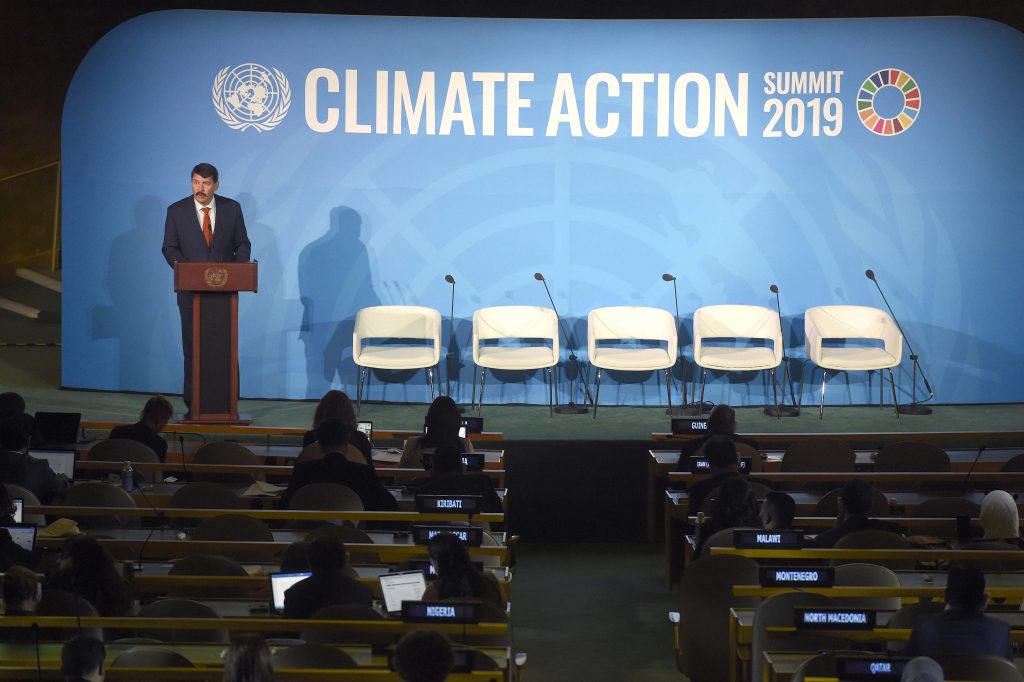 Over the coming days, Áder is scheduled to hold bilateral talks with UN Secretary-General Antonio Guterres, address the Sustainable Development Goals summit and meet with scientists at CUNY Hunter College.

Green opposition LMP lawmaker Erzsébet Schmuck said in reaction that she was overall disappointed with Áder’s address, but welcomed some of the president’s proposals.

“I have to say I’m disappointed with what the president had to say concerning carbon-dioxide emissions,” Schmuck, who attended the Climate Action Summit in person, said. 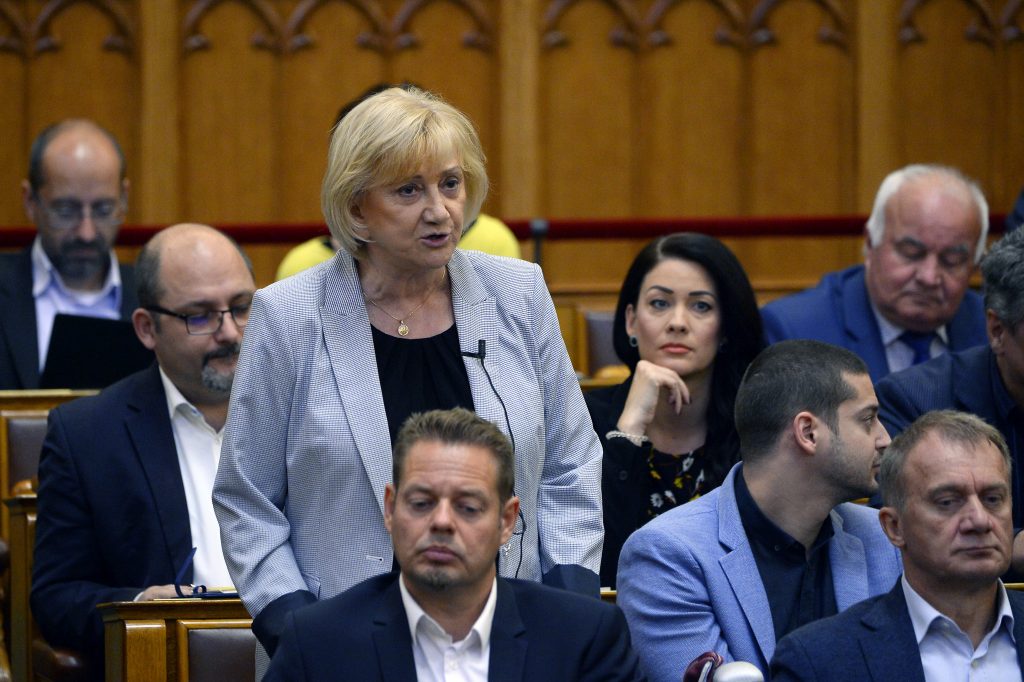 She admitted that Hungary had reduced its CO2 emissions by 32 percent since 1990 but added that emissions have been steadily rising since 2014.

Schmuck also expressed disappointment with plans regarding the use of nuclear energy.

“LMP and I constantly speak out against the upgrade of the Paks power plant, so the president spoke about commitments on which our views are different,” she said, stressing that her party did not see the increase of the use of nuclear energy as a viable solution.

Asked to comment on Áder’s pledge to increase solar energy capacity tenfold and close down coal plants by 2030, Schmuck said: “We obviously welcome the shutdown of coal plants, although we want this to happen before 2030 and we’d also prefer, for instance, if the government didn’t extend the life cycle of Hungary’s Matrai [coal-fired] power plant.”