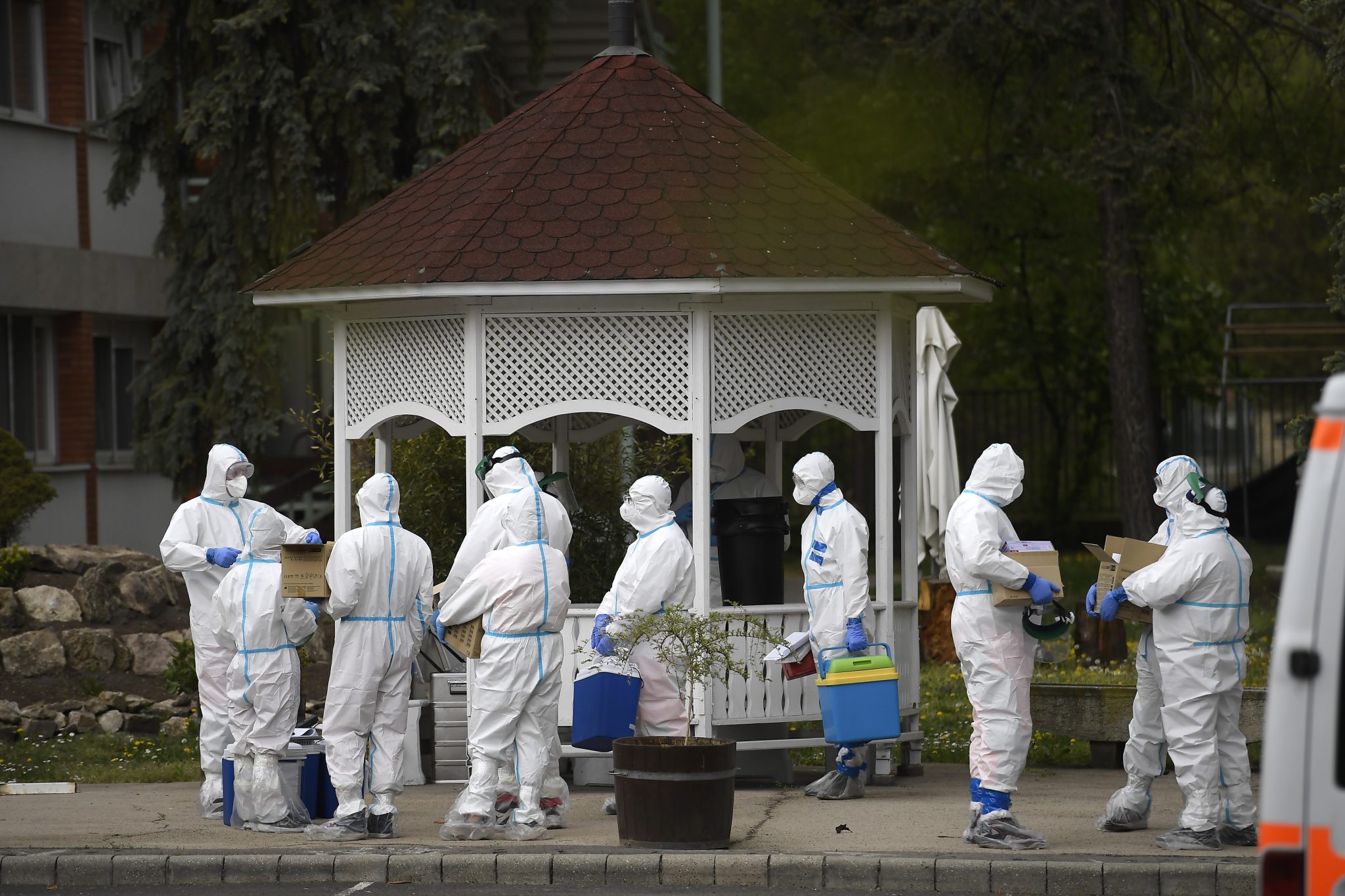 As of Wednesday, the coronavirus turned up in 27 retirement homes around Hungary. While two (large-scale and tragic) cases in Budapest have been the topic of a domestic political fight, the pandemic doesn’t seem to pick targets according to political principles, and, likewise to worldwide tendencies, attacks where defense is perhaps most difficult.

After the Operative Board, while often bringing up the Pesti Road case (that politicians and pro-government media outlets have made into a domestic political issue and is being used to criticize Budapest’s opposition leadership), had long seemed reluctant to disclose much data on the coronavirus cases in other retirement homes, it was finally revealed that Covid-19 has so far been detected in 27 retirement homes nationwide.

As of today’s data, a total of 628 inpatients and 87 employees tested positive in the homes. 66 of them have died and 24 have recovered, while the capital’s homes (where 1,345 people are cared for in six retirement homes) saw 360 positive cases and 49 deaths.

The Nagymágocs Castle Home was the first retirement home to report the presence of the coronavirus. There, eight cases have been confirmed, while most cases have been reported from the aforementioned Pesti Road home and from the one in Rózsa Street, where around 80 samples showed traces of Covid-19.

The most notorious case outside the capital is that in Borsodnádasd, where to date, 31 confirmed cases have been reported (and one death, although it hasn’t been confirmed that it was primarily caused by the coronavirus). The town’s Fidesz mayor highlighted that the institution is managed by the state and not local government. He also speculated that the virus has most probably made it outside the retirement home’s walls as well.

Another sad case is in Mezőszilas, where two elderly people died after contracting the disease, and 13 remain quarantined.

The virus turned up in two retirement home in Zalaegerszeg too. In the local government-run home, after a resident proved positive last week, this week, 14 more tests (of 9 residents and 5 caretakers) came back positive. In addition, according to Zalaegerszeg’s Fidesz mayor Zoltán Balaicz, a state-maintained home also reported positive cases in the town. This contributed to Zala county emerging in fourth place for the most infected Hungarian regions, after Pest and Fejér counties.

Meanwhile, the virus has been detected in one of the Olajág Nursing Homes in Zugló (Budapest’s 14th district) as well, where five residents and two workers have tested positive. Most recently, a catholic retirement home in Verőce has been hit, where six tested positive. They suspect a resident brought it in after hospital care.

Tests carried out for novel coronavirus at the 28 retirement homes run by the municipality of Budapest in the city and outside the capital, identified positive cases in two of them, Mayor Gergely Karácsony told Parliament’s welfare committee on Tuesday.

In both homes, the residents who tested positive were individuals who had just moved back after hospital stays, Karácsony said, underlining that none of the institutions inspected had violated any regulations. He revealed that Budapest had launched its own coronavirus test program at local council-run retirement homes.

Karácsony said the “biggest problem” when it came to the joint epidemic response was that the capital wasn’t receiving enough information from the government or from the operative board coordinating the response.

Bence Rétvári, State secretary at the Ministry of Human Capacities, responded that Karácsony could have spoken with the Chief Medical Officer when she visited the [Pesti Road] home, but he had instead sent his deputy. He also insisted that the ongoing inspection of the home was “unbiased and fact-based.” The Fidesz group, in addition, insisted that the Budapest mayor only “deflected and pointed fingers” at the meeting while “the institutions he maintains have the most infections nationwide.”

In a Facebook post published after the meeting, Karácsony also criticized the government and claimed that once again political attacks proved more important than defense against the virus. He added that he hoped one day the truth would be revealed, “for example, why were patients sent back home from the hospital without testing, or why the government office considered testing an “unnecessary cost,” why were the managers only notified 9 days later of ruined tests, or why someone thought correspondence was better than picking up the phone.”

featured image: staff of the National Ambulance Service about to start testing at the Pesti Road retirement home; via Tamás Kovács/MTI