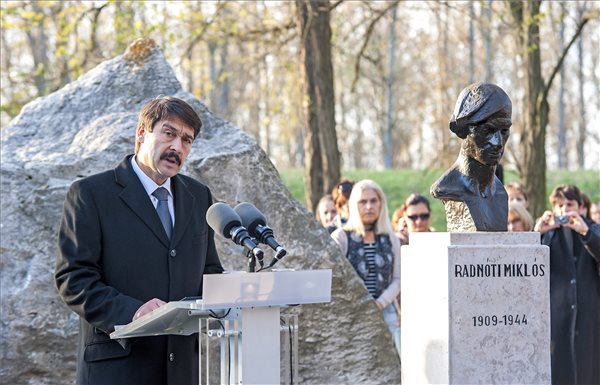 “We must unambiguously declare that it is a shame that there were times when Hungary’s leaders felt themselves empowered to turn their back on our fellow citizens who ere part of our nation,” said the president at the memorial. “We will never forgive those who turned their arms against innocent people. We regard them traitors who betrayed the ideal of national unity,” he added.

Áder said that even if Radnóti’s life had been taken away, nothing had been taken away from all what had made him a poet, a Hungarian citizen and man with a faith. A forced labourer in 1944, Radnóti was shot dead by guards along with 21 inmates during a death march on November 10 near the village of Abda. All of them were buried in a mass grave.