The most important implications of the referendum are related to the EU, András Lánczi comments in his Mozgástér blog. The conservative analyst acknowledges that the mobilization of supporters is important for the governing parties, and their success could further weaken the opposition parties. Lánczi nonetheless believes that the main importance of the referendum lies in its implications for the EU. If the government is supported by 3.4 million Hungarian voters, as suggested by recent polls, the EU will have a hard time to push through the mandatory quota system without violating the sovereignty of member states, Lánczi concludes.

On the Mozgástér blog, Zoltán Kiszelly contends that the referendum will have important repercussions in the EU as well as in Hungary. The pro-government political scientist suspects that what he expects to be the ‘overwhelming rejection’ of the migrant quota system will provide the Orbán government with a powerful trump card in its debate with the EU. Concerning the domestic implications, Kiszelly thinks that the opposition parties will claim victory if the turnout remains below the 50 per cent quorum required for the referendum to be valid. By counting all voters who do not cast a ballot as their supporters, the left-wing parties will claim that the majority of Hungarians do not share the government’s vision concerning migration. In addition, the failure of the referendum would help the MSZP and the Democratic Coalition, the two main left-wing parties which are asking voters to stay away from the ballot, to claim leadership on the Left, Kiszelly concludes. 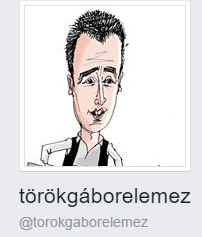 In a facebook comment on Kiszelly’s opinion celebrity analyst Gábor Török thinks that the government is risking a lot by framing the referendum as an issue of life and death. In the light of recent polls, Török points out that although the vast majority of voters will reject the migrant quota system, it cannot be taken for granted that the turnout will reach the 50 per cent quorum. After their intense campaign, governing parties may have difficulties in claiming victory if the referendum fails due to a low turnout, even if most voters who participate support their proposal, Török ruminates.

PM Orbán wants to use the October 2 referendum to strengthen his power at the EU level, Albert Gazda writes in conservative daily Magyar Nemzet. The centrist columnist thinks that the referendum will have a huge impact on domestic politics: if it is successful, the government will take a huge step towards securing victory at the 2018 general election. But even these domestic considerations do not explain the intensity of the government’s campaign, Gazda believes. Prime Minister Viktor Orbán hopes that his victory at the referendum will make him an even more important power player on the European level, he added.

In right-wing daily Magyar Idők, Zsuzanna Farkas claims that if the Hungarian referendum is successful, the EU cannot introduce mandatory migrant redistribution quotas without violating ‘democratic self-determination’. As a result, the EU will have to completely reconsider its migration policy framework, the pro-government commentator believes. As for the domestic implications, Farkas suspects that the success of the referendum would be a devastating blow to the Left, which claims that Hungarians do not support the government.