Potato Casserole: One of the Most Hungarian Dishes – With Recipe! 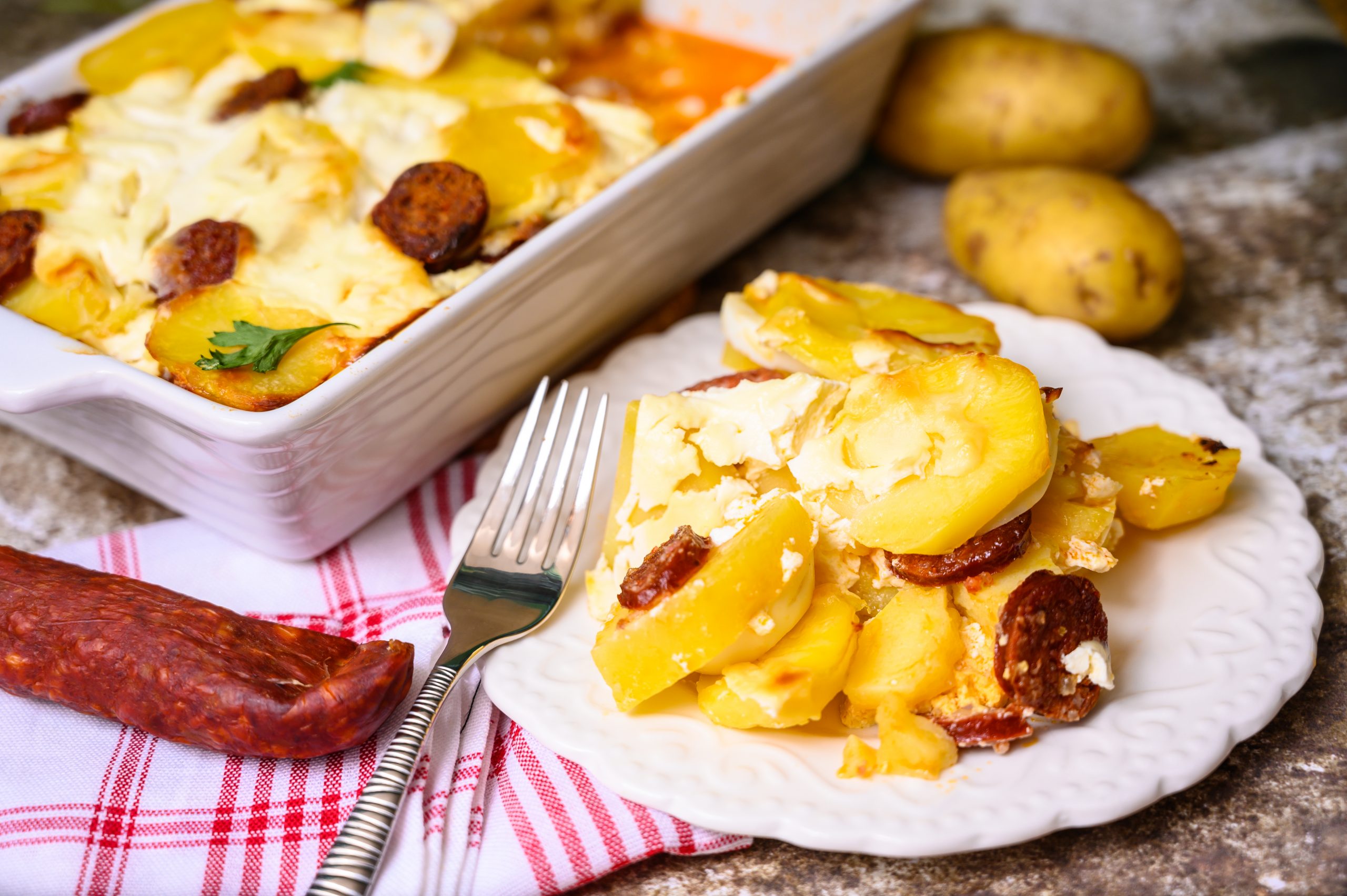 I have started my recipe article many times saying “although we think it is a traditional Hungarian food, but in fact…” However, this is not the case now, as there is probably only one food more Hungarian than ‘rakott krumpli’ (potato casserole), goulash soup.

Although there is no evidence that potato casserole has such an ancient origin as curd dumplings, as the oldest recipe mentioning it is from 1865, it is certainly not imported by other nations. At the same time, the first recipe, to put it mildly, approached this food from a rather different direction than we do now, because it somehow sounded like this:

“Boil the potatoes, peel it and cut into slices. Cook veal pieces until soft and chop them coarsely. Chop a little green parsley as well, a small head of red onion, and five washed and dehulled anchovies. Melt a piece of butter, add all the above-mentioned ingreditents, add a little salt and steam the mix well. Put a few spoons of sour cream and a few pieces of butter on a plate, a row of potatoes and salt it. Then pour sour cream and butter on it again, then the veal, and sour cream again. Then layer potatoes again until you put everything on the plate. Top with butter and sour cream, and decorate it with chopped anchovies and fry it until it turns golden.” 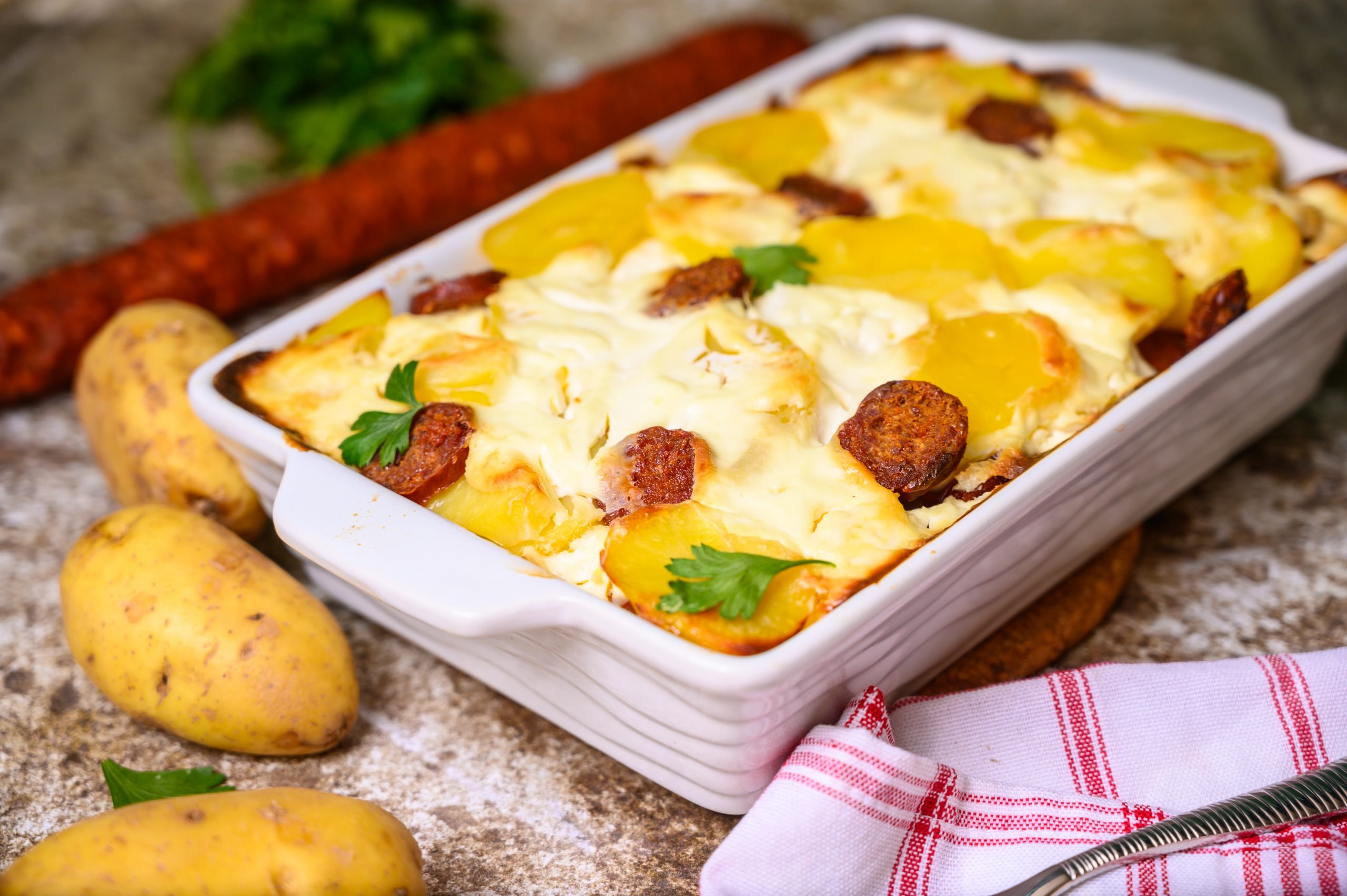 This original recipe featuring veal and anchovies is far from today’s sausage-egg version, but this may prove that it wasn’t inspired by the French tartiflette. In terms of its origin, gastro-historians think it first appeared around the areas of Debrecen and Szeged. 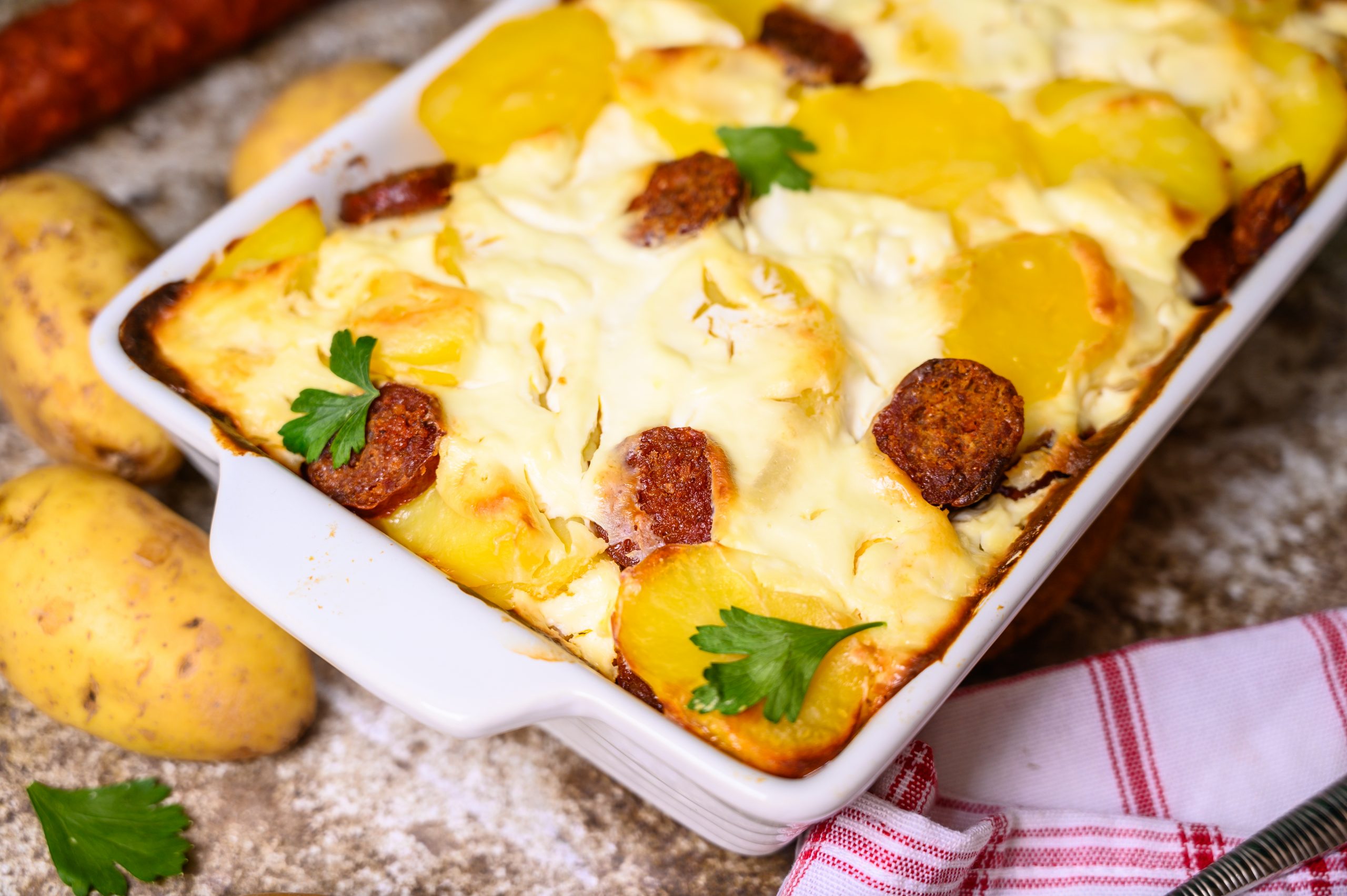 Cook the potatoes and eggs in their shells, then peel and cut into circles. Also cut the sausages and fry them a little in their own fat. The fat of the sausages can be used later for layering. Then start layering the ingredients in a baking dish. First a little fat, then potatoes, eggs, sausages, fat again, and sour cream. You can salt the layers a bit, and even sprinkle pepper on them to taste. When the ingredients run out, cover the top of the last layer with sour cream and bake the potato casserole for approximately an hour in an oven preheated to 200 degrees, or until the top layer turns golden brown. 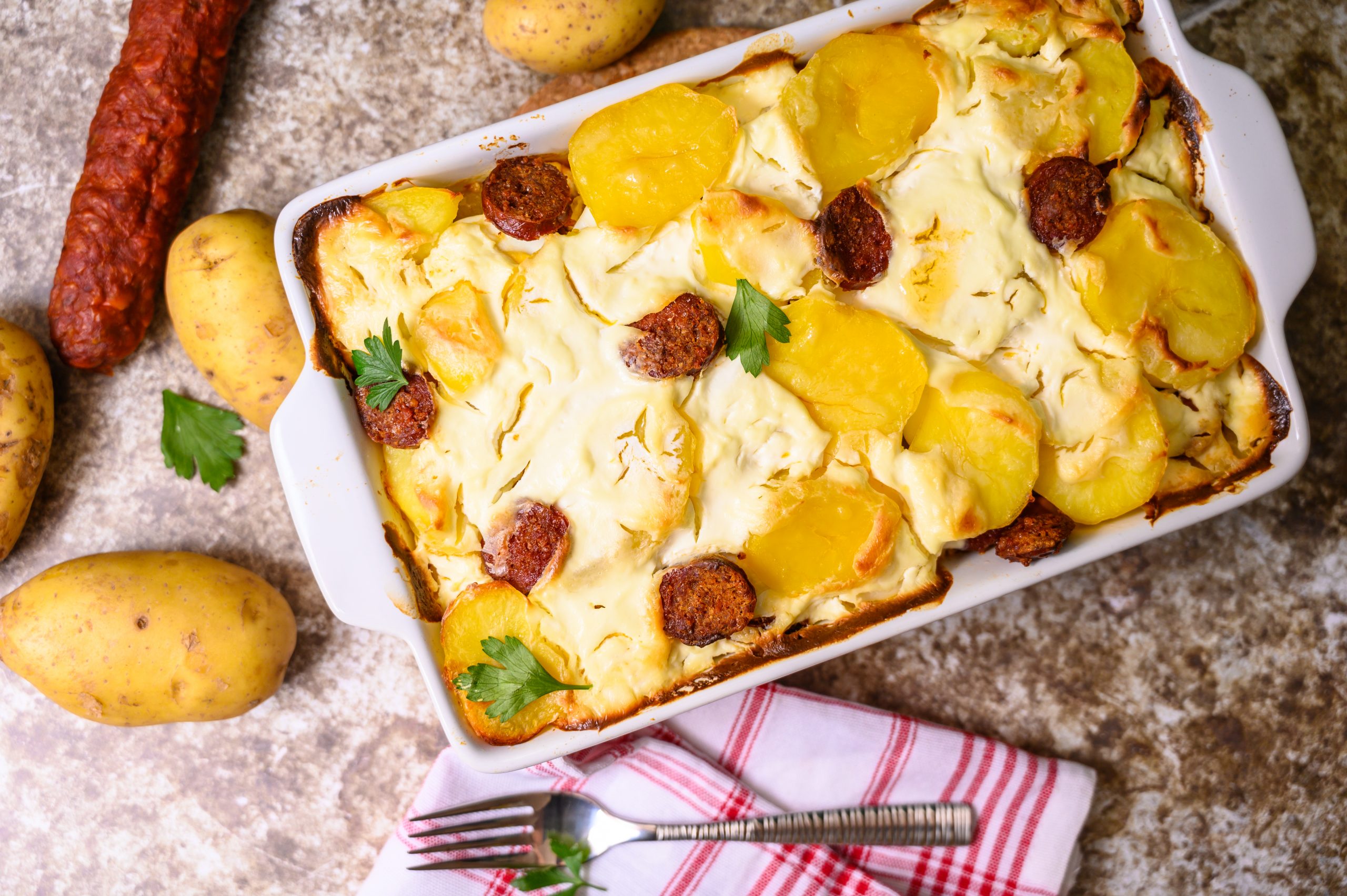 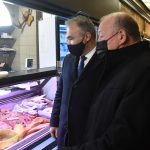