Poroshenko: Ukraine Grateful To Hungary For Support And Humanitarian Assistance 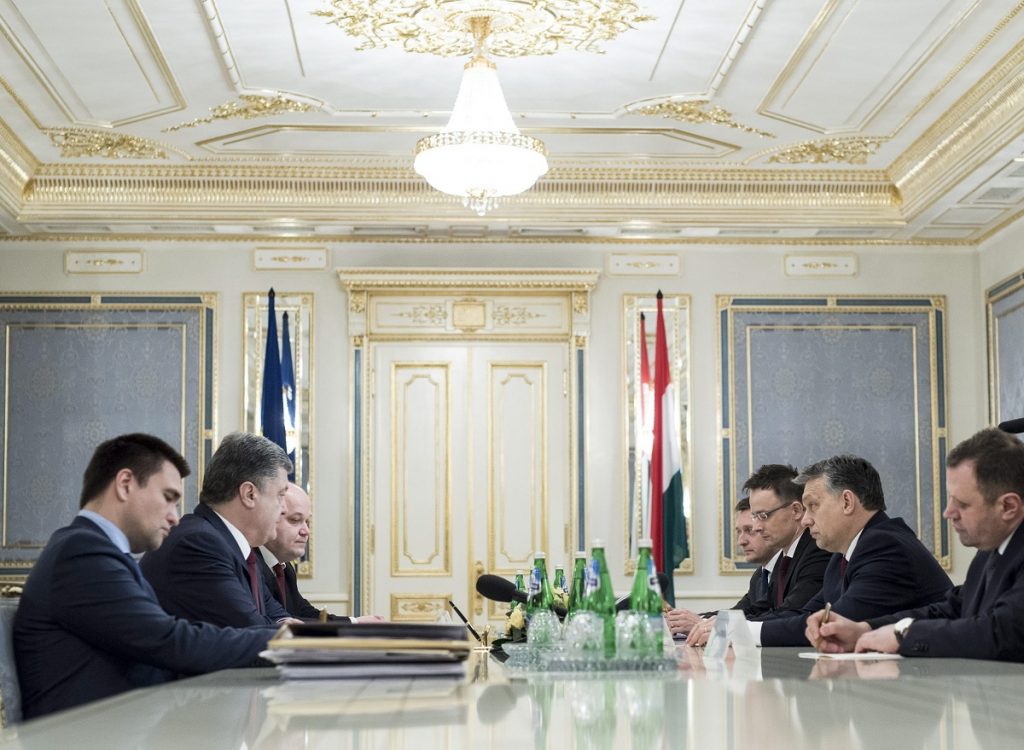 Hungary’s PM Viktor Orbán held talks with Ukraine’s President Petro Poroshenko in Kiev on Friday. Poroshenko has thanked Hungary for the support of Ukrainian independence, territorial integrity and sovereignty, as well as for the humanitarian assistance, which also includes treatment of Ukrainian soldiers. “If bilateral ceasefire is not achieved in the night of February 15, Ukraine will urge to convene an emergency session of the European Council, Petro Poroshenko said.

The parties have also discussed cooperation in the sphere of energy diversification and energy security. Particularly, it went about further development of diversification of natural gas supply to Ukraine. Orbán and Porosenko also discussed the situation of the Hungarian community in Ukraine. László Brenzovics, Chairman of the Community of Hungarian Culture of Transcarpathia (KMKSZ), who was present at the meeting, noted that Ukrainian Hungarians support peaceful efforts of Ukraine’s President and do not feel any oppression based on ethnicity.

Meanwhile, representatives of the Hungarian Ecumenical Charity and the foreign ministry held a briefing about an aid programme to Ukraine, the largest to date, launched on January 1. Under the scheme running until May 31, aid packages containing basic foodstuffs, hygiene products, clothing and blankets have been provided to help families that have fled the eastern war region, László Lehel, the Hungarian charity’s president-director, said.

The programme covers seven regions and aid packages have already been delivered to Kharkiv, Kherson, Zaporizhzhya and Kiev, he said. Additional packages will be dispatched to Ivano-Frankivsk and Lviv, as well as to Transcarpathia over the next week, Lehel added.  The aid is planned to support about 1,350 families, or altogether 7,000 people, he said. It was launched at the request of the Geneva-based humanitarian organisation ACT alliance which also provides financing, Lehel added.

Zoltán Ádám Kovács, foreign ministry deputy state secretary in charge of international cooperation, said providing aid to Ukraine was a special objective of the government, which has earmarked 100 million forints (EUR 324,000) for the purpose.