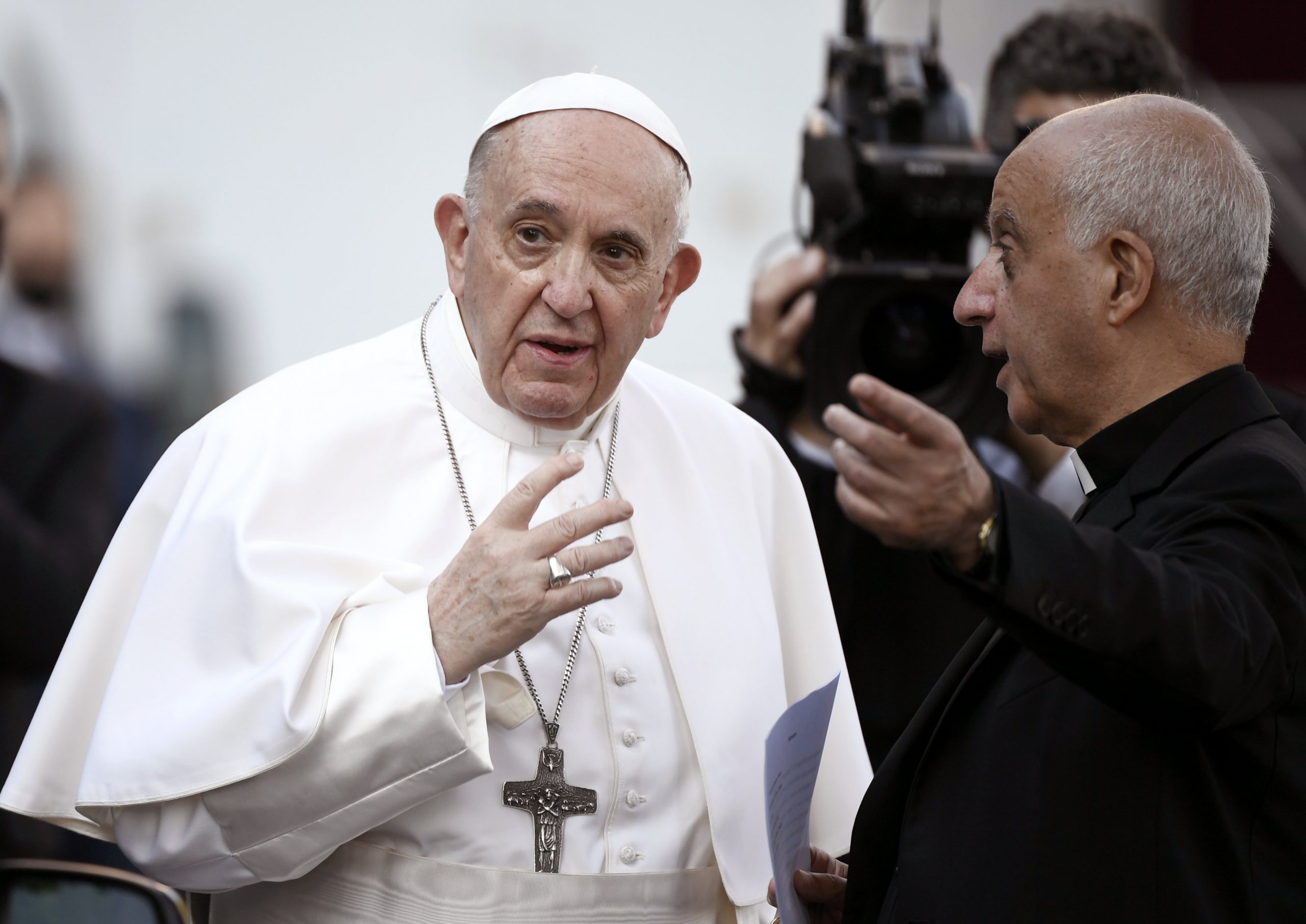 A pro-government columnist thinks that Pope Francis plans to avoid meeting Hungarian government politicians in order to punish them for defending Christianity – by keeping migrants out of the country. A left-wing commentator accuses the government of using Christianity to promote its own political agenda.

Background information: Pope Francis will pay a short visit to Budapest to attend the closing mass of the International Eucharistic Congress in September, as part of his pastoral visit to Slovakia (see BudaPost, March 11). According to a report published by the US National Catholic Register (NCR), despite efforts by the Hungarian government and church diplomats, Pope Francis does not want to meet Hungarian government politicians because of their anti-immigration politics. On Tuesday, however, Miklós Beer, the former Bishop of Vác who is known for his pro-refugee views, announced that Pope Francis would briefly meet and shake hands with PM Orbán and President Áder at the International Eucharistic Congress.

Magyar Demokrata’s editor-in-chief András Bencsik in a blog entry and in a roundtable discussion on Hír TV accused Pope Francis of ‘anti-Christian behaviour’. The pro-government pundit ruminated that the Pope wants to punish the Hungarian government for defending Christianity by keeping ‘migrants’ out.

Népszava’s Miklós Hargitai finds it nauseating for András Bencsik to lecture the Pope on Christian values. The left-wing commentator believes that the skirmish over Pope Francis’s visit and his unwillingness to meet Hungarian politicians show that Fidesz misuses Christianity for its political purposes.

In Magyar Nemzet, Levente Sitkei takes it for granted that the opposition will interpret the Pope’s short visit as a sign of criticism of the Hungarian government. Sitkei dismisses such interpretations, underlining that the Pope’s visit should not be seen as a political event. The conservative commentator deems it absurd that atheists on the Left use religion to criticize the government.

In Magyar Kurír, István Kuzmányi also deems any political interpretation of the Pope’s visit far-fetched. Kurzmányi points out that the Holy Father is coming to Budapest only for the closing mass of the International Eucharistic Congress. Thus his short trip to Budapest is not an official pastoral visit, and therefore has no ideological or political implications.

Mandiner’s Zoltán Veczán too cautions against giving much credit to any such theory. The conservative blogger notes that the Vatican has not even officially confirmed the news of the Pontiff’s visit to Budapest. As for the political interpretations, Veczán agrees that the Pope can indeed be labeled a ‘left-wing Pope’ or even a ‘pro-migration Pope’. Veczán adds that Pope Francis, while often calling for the recognition of all kinds of ‘otherness’, ignores the problems of transborder Hungarians. Veczán interprets the heightened attention and ideological disputes surrounding the Pope’s visit as evidence that the opposition is looking for new ideological fodder, as the third wave of the coronavirus pandemic ebbs away.