Pollsters: Who Will Likely Be the Next Mayor of Budapest? 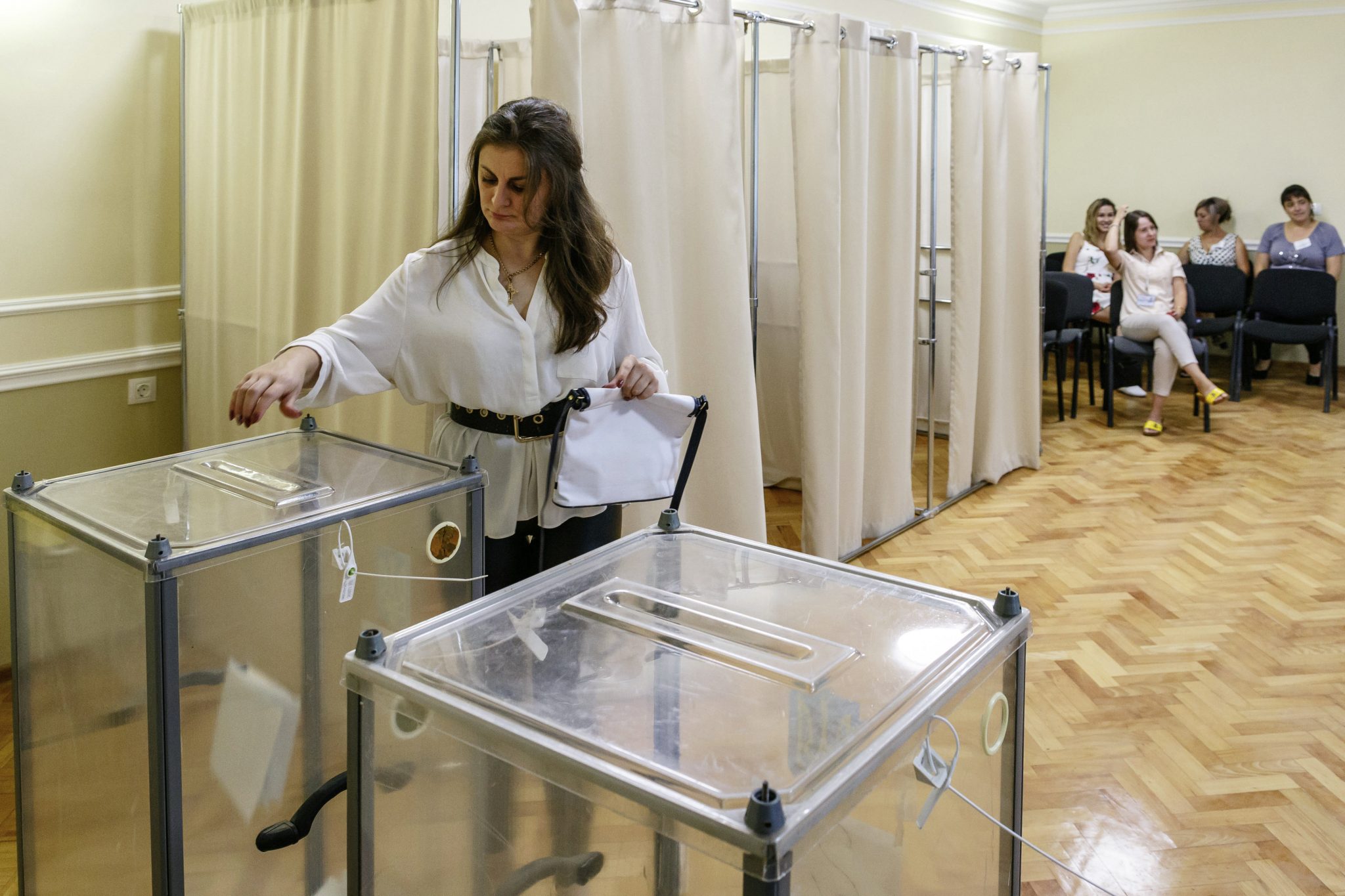 With the local elections just around the corner, we take a look at the chances of mayoral candidates in Budapest. Will Fidesz supported István Tarlós win his third consecutive term on October 13 or this time joint leftist opposition candidate Gergely Karácsony will defeat the incumbent mayor? Also, what are the chances of the two underdog challengers, columnist Róbert Puzsér and reality tv celebrity Krisztán Berki?

According to a recent research conducted by pro-government institute Századvég, 57 percent of respondents approve incumbent Mayor Tarlós, while 42 percent have a negative opinion of the mayor. In contrast, joint opposition candidate Gergely Karácsony’s disapproval rate is higher than the rate of support: 52 percent of Budapest citizens have a negative opinion of the candidate, with an only 41 percent approval rate for the district mayor.

Concerning the remaining candidates, the survey found that independent Róbert Puzsér was not popular on either side, with 73 percent of respondents rejecting his candidacy.

The report added that another independent candidate, former football player and reality show personality Krisztián Berki was even less popular, with only 3 percent of all respondents supporting him.

Another pro-government institute, Nézőpont finds that just one month before the local elections, incumbent mayor István Tarlós maintains his lead with 50 percent of the votes followed by Gergely Karácsony (42%). Among the decided voters, Karácsony couldn’t achieve any significant gain while Róbert Puzsér increased his rating by one percentage point (7%), and Krisztián Berki also reached 1 percent. 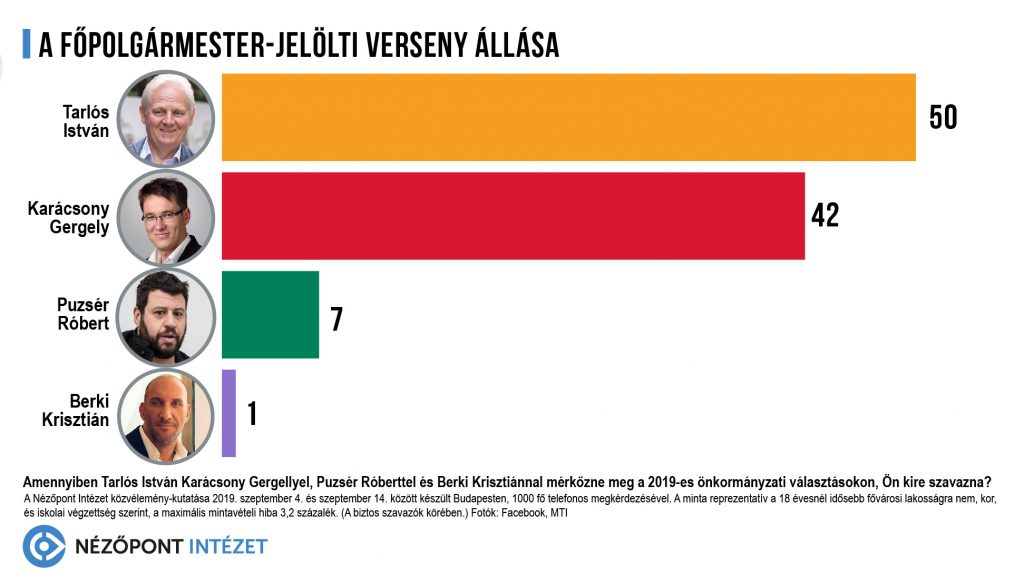 According to Nézőpont, the majority of Budapest residents (51%) said they were satisfied with Tarlós. Even 22 percent of opposition voters expressed satisfaction with the mayor’s work, the poll added.

A survey by leftist pollster Závecz Research, conducted between 26 and 31 August, shows somewhat different proportions, but with the same result – Tarlós being the most popular.

While this is hardly an unbeatable advantage, according to the respondents, Mayor István Tarlós’s approval rating is 55%. Among Fidesz voters, this number is 93 percent, but surprisingly also a quarter of the self-confessed opposition voters support the incumbent mayor. This clearly shows that Tarlós is more popular in Budapest than Fidesz itself which is a huge edge in the upcoming election.

While there are some differences between the polls, the tendencies remain the same. Tarlós is the most likely winner of this year’s Budapest municipal elections with Gergely Karácsony the only one able to contradict the initial predictions.