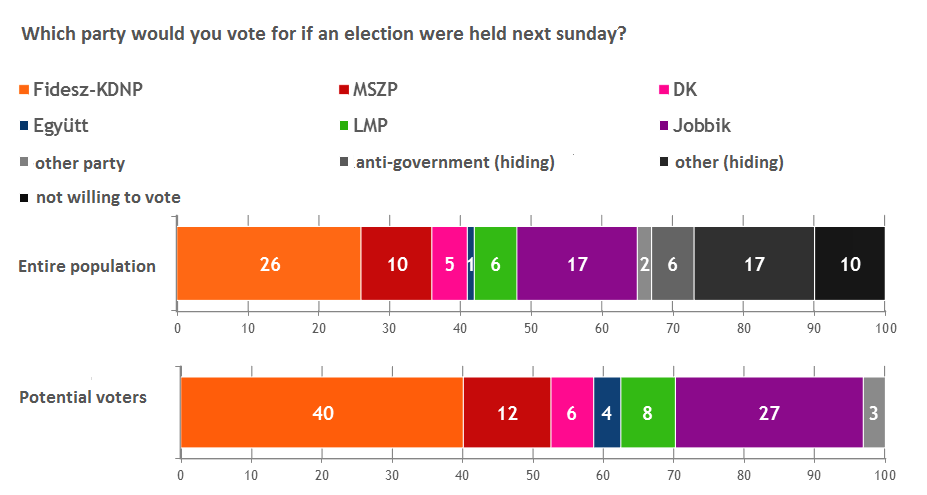 Hungary’s ruling parties would get nearly a two-thirds majority if parliamentary elections were held this weekend, according to pollster Nézőpont Institute. The Fidesz-Christian Democrat alliance enjoys the support of 40% of potential voters. The radical nationalist opposition Jobbik party was favoured by 27% while the Socialist Party was preferred by 12%, green party LMP 8%, the Democratic Coalition 6%, and Együtt 4%.

Based on those figures, the pollster calculated that the Fidesz-Christian Democrats would get 123 seats in parliament, which would nearly ensure it a two-thirds majority and it would continue to secure a stable and strong position to the ruling alliance. Jobbik would have 38 places, the Socialists, DK and Együtt would have a combined 29 places and LMP 9 mandates in parliament. The representative survey was conducted between January 24 and 26 by interviewing 1,000 voting-age Hungarians.

A Századvég poll published last week also shows, the ruling Fidesz-Christian Democrat alliance maintained its lead this month, while the radical nationalist Jobbik strengthened its position. Among all voters,support for Fidesz stayed level at 30%, whereas for Jobbik it went up by one percentage point to 16%. Support for the Socialists also increased by one point to 12%, the poll published in business daily Napi Gazdaság showed.

Within the whole electorate, the green LMP lost one point to stand at 3% while the leftist DK retained its support at 3%. The Együtt (Together) party was backed by 2%. Among decided voters, Fidesz’s support remained at 45%, and Jobbik gained one point to stand at  25%. Support for the Socialists (MSZP) also increased by one point to 19%, while it dropped for LMP by one point to 4%. DK stayed level at 4% and Együtt held 2%. The proportion of undecided voters dropped to 32% from 33 in January. Századvég said the poll was conducted between February 5 and 10. 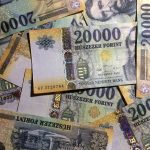 Eurobarometer: Hungarians Disapprove of Corruption the Least in the EU 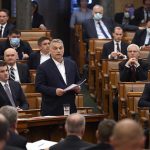