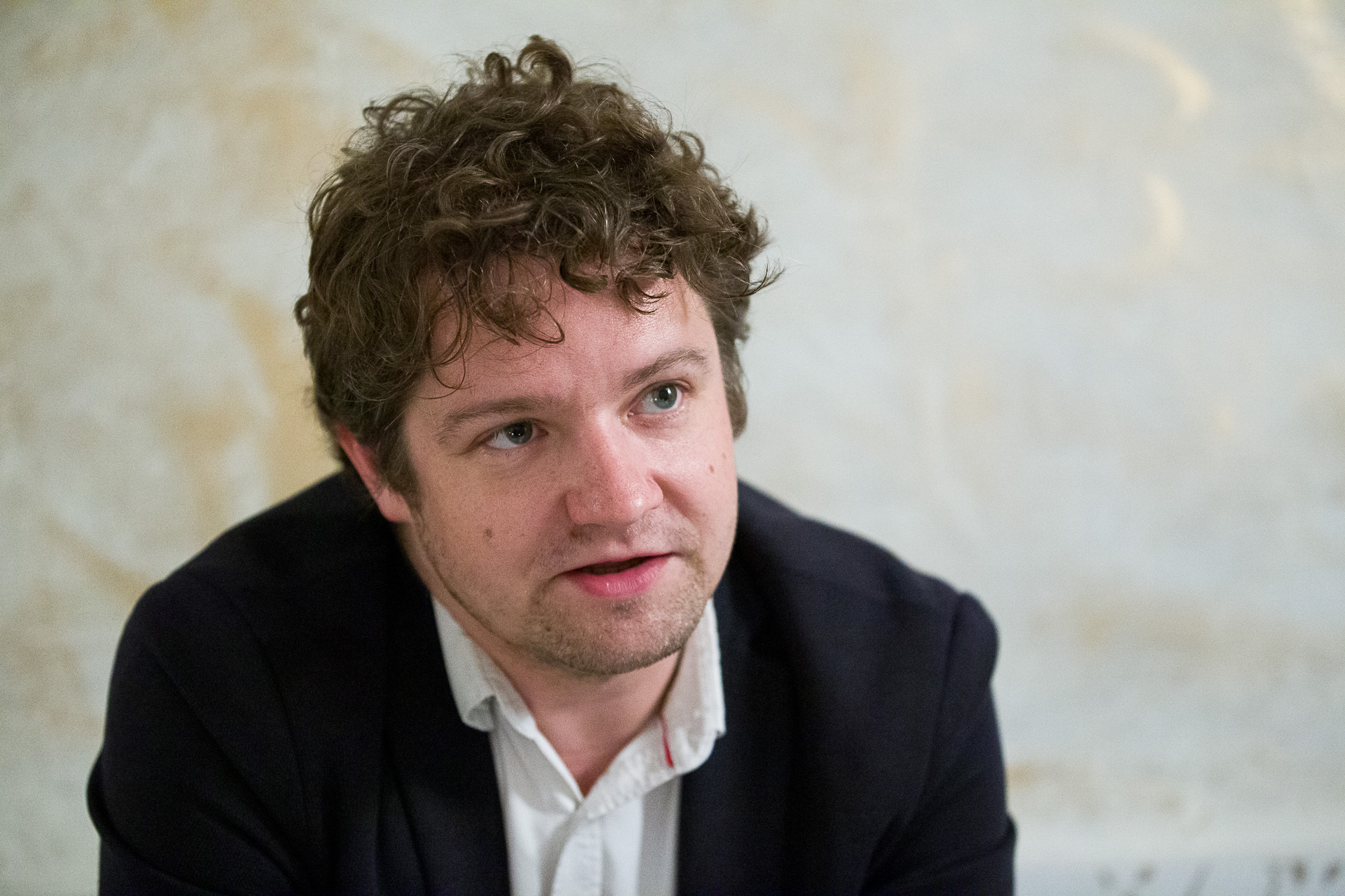 Ahead of the last episode of the controversial final season of Game of Thrones, Hungary Today had the opportunity to sit down for an interview with political scientist-sociologist Dr. Csaba Tóth, who recently co-published an essay anthology titled Parallel Universes, in which he analyses the political system of Game of Thrones. The Strategic Director of Republikon Institute spoke with us about the political system of the Seven Kingdoms. Together we discussed what makes a good king, who should sit on the Iron Throne and what people can learn from the political games played on one of the most-watched series in television history.

What makes a good king?

In the world of Game of Thrones, the question of what makes a good king is raised in the same way as it is in real life, even though we mostly live in democracies where leaders are elected politicians instead of kings. There is not a generally accepted definition that describes what makes someone a good king or politician, but they basically have to do two things. They need to govern in the interests of the people. Therefore,

we consider someone a good king if they serve their people and not themselves. The other condition is to do this effectively.

A good king should be able to make these ideas and aims a reality, not just talk about them. In a democracy, it’s easier to govern by serving the interests of the people. This is because we know what they want since they convey that by participating in elections and voting. In Westeros, it’s more difficult to “measure.”

No. We like different people because they are good people and because they are good kings. For example, in my essay in Parallel Universes, I refer to Robert Baratheon and even Joffrey Baratheon as good kings. Someone who is less involved in governance may be a good king because they entrust people to govern the country who make effective decisions and act in the interest of the people. Hedonist Robert is a great example of that: he was able to defeat the mad Targaryen king with his rebellion, and his reign brought stability to the seven kingdoms. He said to Ned Stark: “I’m simply asking you to run my kingdom while I eat, drink, and whore myself into an early grave.” And then there’s Joffrey who was not at all a good man. In fact, he was a sadist who tortured everyone in his environment. Yet, most of Westeros probably doesn’t view Joffrey’s reign as a catastrophe because it was heavily steered and controlled by Tywin and Tyrion. It was still quite peaceful in Westeros, and only those in close proximity to him suffered. As a counter-example, Ned Stark would have been a bad king, although he was a good man. 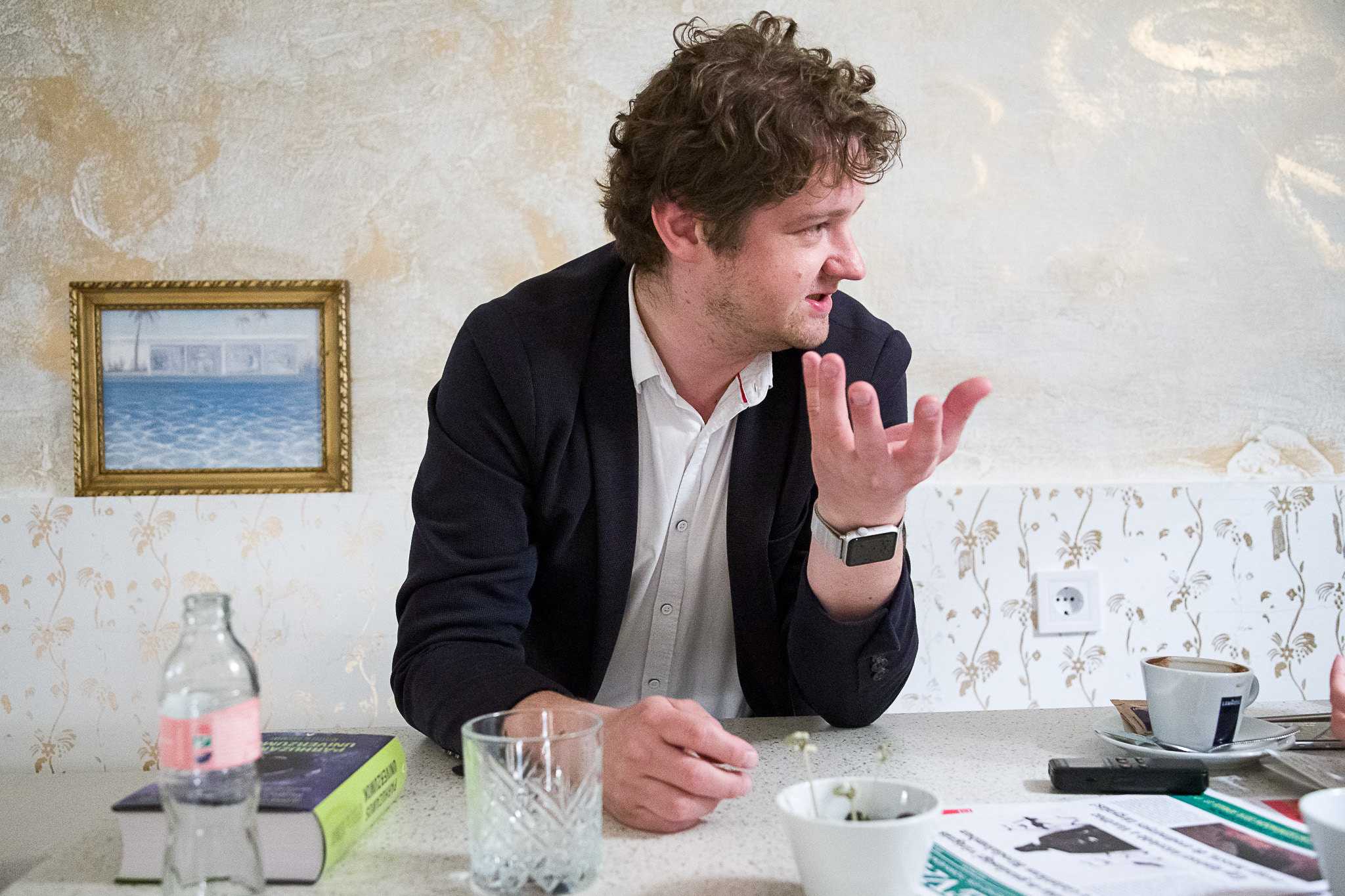 However, there are also good people who are good leaders; for example, up until the latest season, I have considered Daenerys one. Now we’ll see. But, and this is not necessarily a popular opinion right now, I think she can still be a good leader if she manages to take the throne and govern the seven kingdoms in peace from here on out. What might her motivations be? What may be in the background of her actions? After all, Daenerys comes from a different political culture: a wealthy, slave-owning one where human life is measured a little differently. And in many ways, Daenerys is a conqueror just like her ancestors, and conquerors behave differently than the defeated.

Can someone be a good politician or leader despite riding roughshod over others? Does their motivation for doing so make a difference?

With political decisions, one should always look for the goals behind the actions.

There are both good and bad rulers who ride roughshod over others. The category they fall into mainly depends on the motivation behind their actions.

Cersei was a bad ruler because she usually acted against the people. She was not shy about saying how little she cared for her subjects and their needs. She was basically only concerned with achieving her own goals, being successful and amassing power, not how her people were faring.

Or, for example, Tywin Lannister once said, “Explain to me why it’s nobler to kill 10,000 men in battle than a dozen at dinner.”

Tywin said that to justify his orders for the Red Wedding massacre. It’s important to note that I don’t think Tywin was right in this case because he set a very bad precedent. Violating the sacredness of a contract and the guest right doesn’t necessarily lead to political success. However, the logic of his argument should be considered.

Politicians often have to choose the lesser of two evils. Sometimes this means they have to act immorally to further a good cause.

In the ordinary sense, there are very few politicians that we would think of as being good people. But that’s why we don’t measure a politician’s morality as we would an ordinary man’s. Social scientist Max Weber once said that who seeks salvation and to be a good man, shouldn’t participate in politics. In politics, people can’t achieve their goals using moral absolutes. 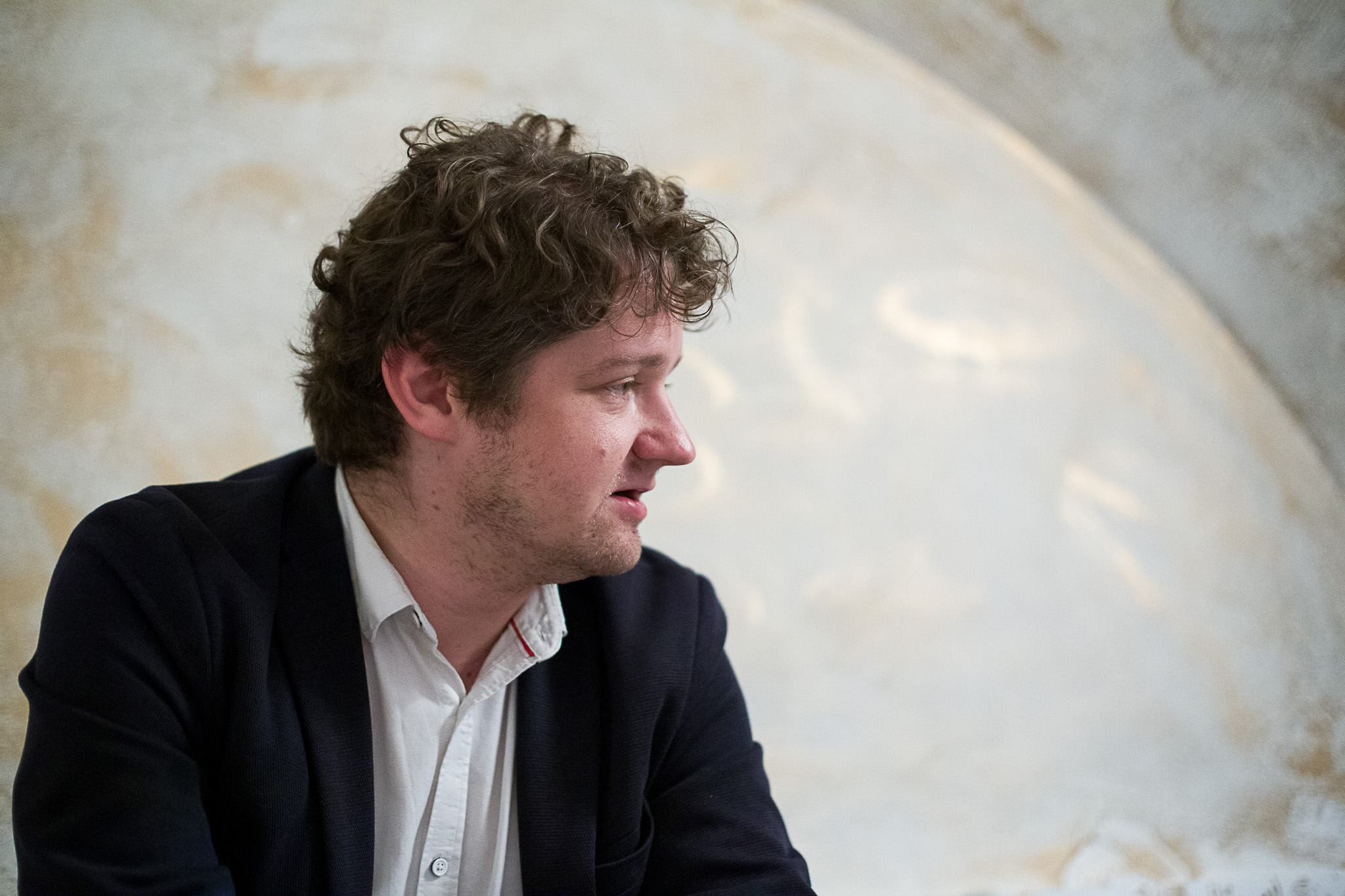 So sometimes practicality is more important than a moral-ethical stance?

I think Tommen Baratheon is a good example of this. Even though he was a good man, he couldn’t be a good king. He wanted to be good during his reign: he didn’t want to lie, see violence or kill people. Yet, by watching his wife and mother be imprisoned by a religious sect and standing by while his allies turned against each other, he passively participated. Even if the ruler is a good man, passivity can lead to poor governance.

Is it fair to say that those who use underhanded methods to gain power are more successful?

I don’t think so. It’s very important to separate the end from the means.

I don’t think it’s necessarily a bad thing to achieve well-intentioned goals by using underhanded means. However, because of Machiavelli, many people use this as a form of self-justification for labeling their unfair goals fair.

Daenerys, for example, scammed the man who sold her his army in order to release slaves. This is a decent goal. In every case, you have to decide whether reaching the goal ultimately improved the world or not, despite the means used.

Dr. Tóth is the co-founder and Director of Strategy at Republikon Institute and an Associate Professor at Eötvös Loránd University. He recently co-published an essay anthology titled Parallel Universes, in which he analyses the political system of Game of Thrones. At ELTE, he lectures on the political and social systems of various fantasy and science fiction worlds. His fascinating analyses can be found in his book Politics of Science Fiction and Fantastic Worlds: Social and Political Questions.

How much does the struggle for power or power itself change people?

Having power is kind of like having money: once people get it, they fear losing it and will do anything to keep and increase it. In a struggle for power, they live under constant threat and that brings about paranoia and other negative traits. Most of the time, power changes people for the worse. Yet, someone has to be the one to exercise power and good people are essential, otherwise only the evil would fight for power. 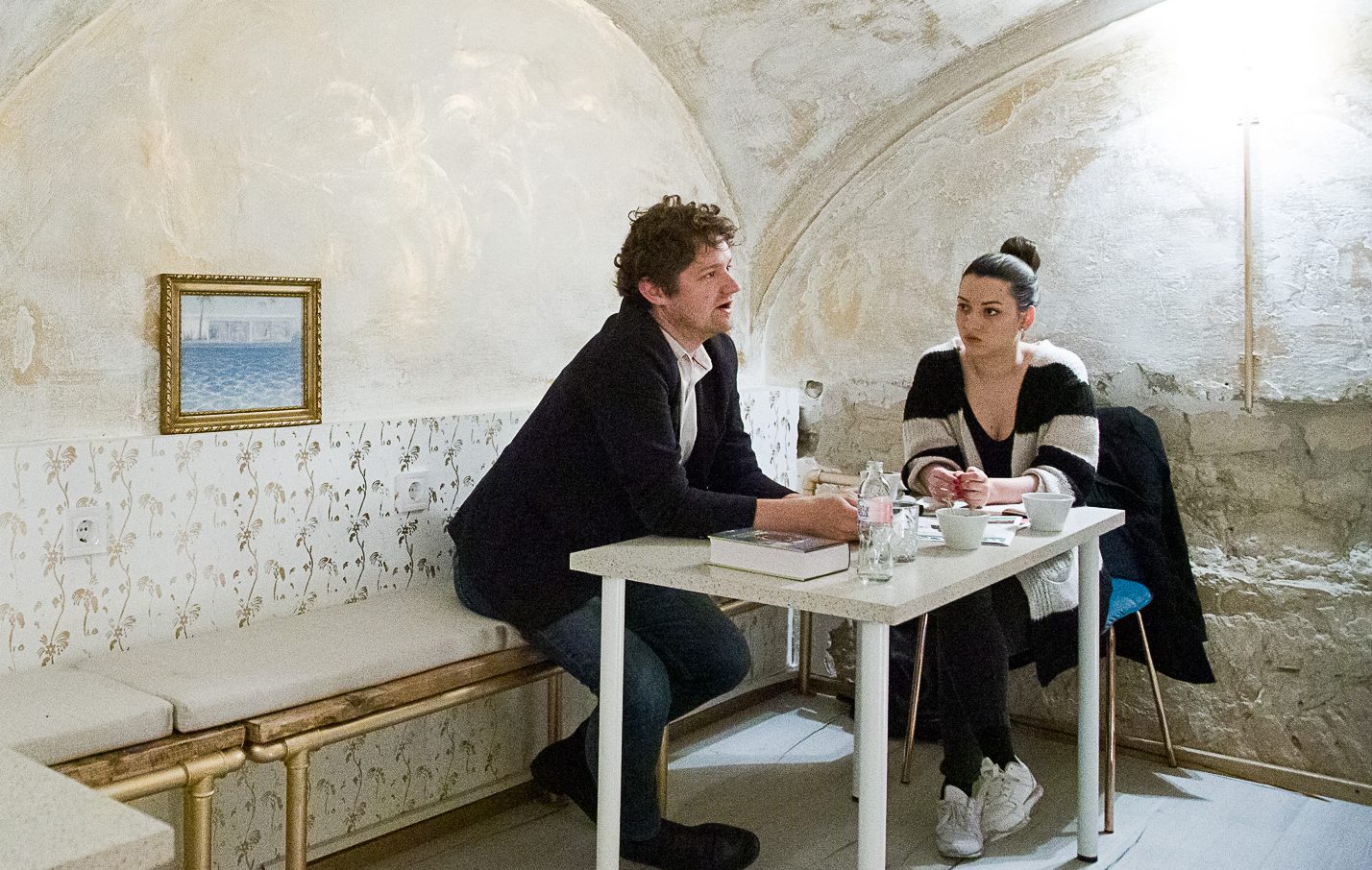 Who should sit on the Iron Throne? Should anyone sit on it at all?

A decent democrat would say no one, and that the kingdom should be abolished and an election held, allowing all remaining parties to face one another. We might laugh at this, but it’s not an idea to reject completely. After all, Varys, and to some extent, Tyrion, were headed in this direction. It’s difficult to choose from those remaining. A week ago, I probably would have chosen Daenerys. However, every week, there are fewer characters that I see being a good fit. I think most fans would choose Tyrion or Sansa Stark, but I wouldn’t be happy with either. Ser Davos is a positive figure, but, just like Tyrion, he has no claim to the throne. I believe less in the obvious choice because though Jon Snow is an excellent soldier, he doesn’t seem like he’d be an excellent leader. If you think about it, his inability to lead is evident: he always has clear goals, yet is unable to reach them.

Although the series is coming to an end, life in Westeros isn’t. Someone might end up sitting on the throne in the last episode, but they still have to keep it.

True. Inheritance – the question of what happens when a leader dies – is a problem of all feudal systems and good governance. Tyrion spoke about this before: what will happen after Daenerys occupies the throne? This is an issue that political science calls political institutionalization. How can one build stable institutions and procedures after claiming the throne?

Do you think the series helps the audience better understand the political system and its battles?

I definitely think so. The struggle for the Iron Throne is basically a big political game.

Just think about it, we’re talking about a series in which two characters discuss good governance for almost five minutes, all while ten million people watch.

It contains monologues worthy of Plato or Socrates, but if you were to put either of their books or essays into people’s hands, they would be bored. In Game of Thrones, they can listen to these same thoughts via Tywin Lannister and Tommen Baratheon. It’s fantastic because it helps present political questions in an entertaining way.

For example, we could discuss whether we should root for Daenerys or Cersei. Daenerys freed slaves and fought in the battle against the army of the dead. But, she also burned an entire city in her anger, slaughtering innocents. Then there’s Cersei who was cruel all her life, keeping her subjects in poverty and misery if it served her. She also didn’t seem to mind if the Night King’s army took over Westeros. Which one is better? It’s a very important question. Obviously, everybody would say to just seek out a third choice. But, what if there isn’t a third choice? Who would we choose? In the series, just as in real life, there isn’t always another option. It seldom happens that a good politician opposes a bad one. Young people detest the “lesser of two evils” approach, because it doesn’t bring people to the street to protest. Just as it can’t be argued that a political party who steals slightly less than another is more worthy of votes, the people aren’t obligated to accept one ruler just because she’s killed fewer people. And still, it does make a difference who the people vote for.

What can we learn from this show that is applicable to everyday life?

It’s important not to assume that all political characters and politicians are bad.

The show helps us understand that politics has its own logic and morality.

If the series teaches anyone anything, I hope it’s that it is by no means certain that the Messianic, and seemingly genius rulers will remain so until the end; take Daenerys, for example. Or that blind, unquestioned faith can be dangerous and nothing and no one is black or white. If this is understood, then a vital political message has effectively reached its destination.