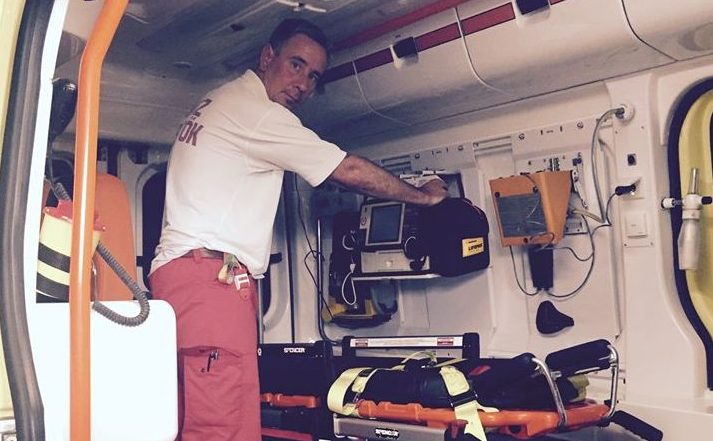 Katalin Cseh, Member of the European Parliament for liberal Momentum, whose original profession is a doctor, and Lajos Rig, a former anaesthetist assistant and emergency room nurse, and current Member of Parliament for right-wing Jobbik, both volunteered for the call of the National Ambulance Service to help.

The Ministry of Human Capacities has started to round up volunteers to replace GPs, professionals, and emergency service providers over the age of 65 last week. Within two days, nearly 900 people applied and can be deployed as needed. Some candidates have already been assigned to work.

Politicians also applied as volunteers to help curb the epidemic. Momentum MEP Katalin Cseh, who has a medical degree, and previously worked as a doctor, but didn’t think she’d ever go back to healthcare. However, she applied as a volunteer doctor for the call of the National Ambulance Service.

Hungary is in a public health crisis, with over a hundred people already confirmed with coronavirus and this number will only increase in the next few days. The epidemic has already claimed the lives of four people, there are already not enough doctors, not enough nurses, and dozens of professionals have been quarantined. It is clear that every helping hand is needed, so this week I applied to the National Ambulance Service as a volunteer doctor to help curb the epidemic.

Cseh also asked her followers that if they can, to apply to volunteer in whatever area they can: “You can sew a mask, help elderly people shop, walk a dog, take part in a municipal outreach job, or read a bedtime story from home.”

The Momentum MEP is not yet sure which hospital she will be assigned to, but she has informed the authorities that she has recently been to Brussels.

Another politician and former healthcare worker, Jobbik MP Lajos Rig, also applied to the National Ambulance Service, saying this is a time when he is more needed in healthcare than as an MP. He also announced on Facebook that he applied to help the hospitals in Tapolca, Ajka, Veszprém, and Keszthely.

He wrote that “due to the serious lack of professionals and assets, as well as the indebtedness, healthcare is in ruins. It can eventually be crushed by the coronavirus.” As every professional is needed, and given the emergency situation, the MEP also volunteered to help curb the epidemic. He wrote:

“…in the current situation, my conscience and professional vocation dictate that as an anaesthesiologist specialist and paramedic I can do more for the Hungarian people than as a Member of Parliament.”

He also called on any healthcare worker who previously left their medical profession to join forces and follow his initiative. Rig added he hopes to get to work this week.

Later last week, Rig also drew attention to those “in the “front line” who should be provided with the appropriate protective clothing. Especially because there are less of us and we cannot afford not to do our jobs because we need to go to quarantine.”

featured photo: An archive photo of Lajos Rig MP as a paramedic (via Rig Lajos Facebook)