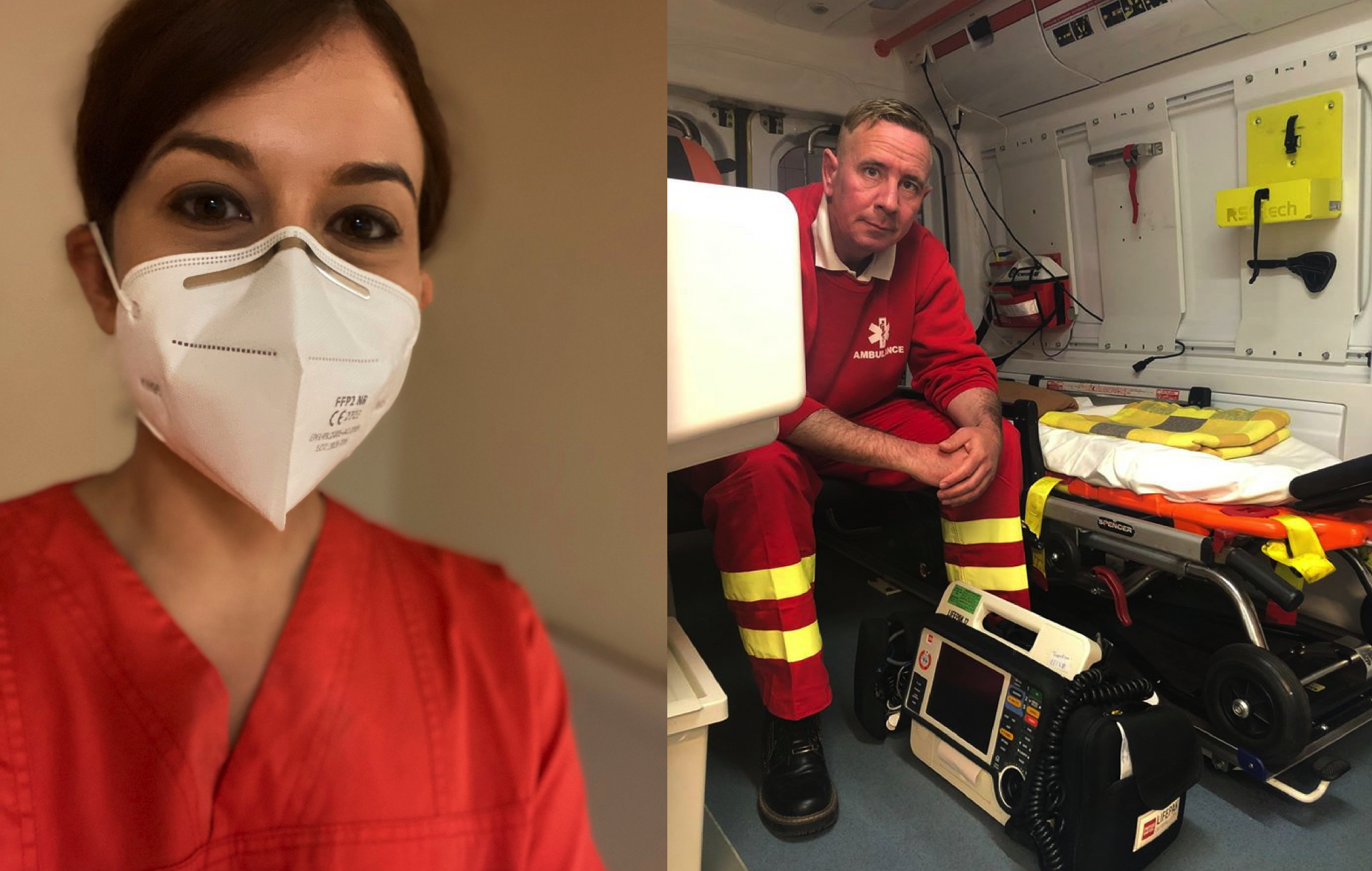 Katalin Cseh, Member of the European Parliament for liberal party Momentum, whose original profession is a doctor, and Lajos Rig, a former anaesthetist assistant and emergency room nurse and current Member of Parliament for right-wing party Jobbik, both volunteered for the call of the National Ambulance Service to help during the coronavirus crisis and now they have shared their experiences.

The Ministry of Human Capacities has started to round up volunteers to replace GPs, professionals, and emergency service providers over the age of 65 last week. Within two days, nearly 900 people applied and can be deployed as needed. Some candidates have already been assigned to work. Politicians also applied as volunteers to help curb the epidemic, including Momentum MEP Katalin Cseh, who has a medical degree and previously worked as a doctor, and Jobbik MP Lajos Rig, former anaesthesiologist specialist and paramedic also answered the call.

The opposition politicians, Cseh, who was assigned to an emergency department as a volunteer doctor, and Rig, who works at the Veszprém county ambulance service, recounted what they experienced as healthcare workers fighting the coronavirus and shared it with Hungarian news portal 24.hu.

Lajos Rig recalled: “I immediately told my family I was going back to healthcare, either to the ambulance or to the hospital, because I had previously worked as an anesthesiologist assistant.” Both politicians thought that the situation would get worse, Cseh even expected that in the worst-case scenario, the number of patients who would require ventilation would resemble the Italian numbers and she “knew how much capacity was lacking in peacetime as well.”

Both politicians said that they only received an answer for their application weeks after submitting it. “Volunteering started so slowly that I already thought they didn’t even need my help or didn’t want to deploy volunteers yet,” said Rig, who finally started working in early April at the same ambulance station in Tapolca, where he used to work. He eventually got day shifts once or twice a week. Cseh said she got tired of waiting and found a place for herself at an emergency department of a hospital in Budapest. She finally received an email on April 3rd that she could start volunteering at the ambulance service, but she was already working in a hospital.

Rig said he indicated that he would substitute at any point in any part of the country if a colleague would drop out due to illness, but in the end, it was not necessary because the epidemic had not become so severe. In Veszprém County, only a total of 63 COVID-19 patients were registered, and Rig only remembers a total of two cases where the suspicion arose from someone he was alerted to, but he does not know whether they eventually tested positive. However, he noticed that “people’s health awareness has greatly increased,” as “they only called an ambulance when they needed it, they didn’t use the ambulance service as a taxi service,” something he had experienced several times in the past.

Katalin Cseh, who worked at a hospital in the capital, also had more serious criticisms, although things went well in her department. However, she stressed that this was mainly because of the “humble and sacrificial” work of those who worked there. She said that initially the uncertainty was enormous: there was little information, the situation changed quickly and day to day, and superhuman efforts had to be made to be able to care for patients properly. She recalled she worked in the emergency department along with three other volunteers in different shifts.

She added that the uncertainty caused by the novelty of the situation was only exacerbated by the lack of proper professional consultation between the government and doctors, as “re-organization had to be resolved in a very short time, while new protocols also had to be introduced.” The organization of care was hampered by the fact that they did not know much more about the epidemic in the hospital than the TV viewers. However, the chief physician of the department vowed that there would not be any worker with coronavirus, and this is going well so far. Cseh added that thanks to the chief doctor’s continued efforts, they were basically well equipped with protective equipment all the time.

However, the Momentum politician added she knows that “there is a huge difference between hospital and hospital, city and city,” but she felt protected, even in the so-called COVID-19 department. According to Cseh, although “there was a clear increase in the number of patients with coronavirus, as well as those suspected of the disease, the epidemic was managed great, it was under control, patients received good care.”

She added, however, that problems occurred elsewhere, such as with those whose condition had deteriorated due to unjustified hospital evacuations or missed treatments and examinations. “We also saw patients who were referred to oncology earlier in the year after a cancer diagnosis, for example, but were not admitted due to the epidemic and were already in much worse condition when they came back,” she said, in line with what GPs had warned the authorities of.