Following Ukraine, Russia could make an aggressive move against the Baltic states or Poland, Igor Janke said in an interview with Hungarian news portal napigazdasag.hu. The Polish journalist, who is known in Hungary for his biographical book about Viktor Orbán, said that the possibility of a future war had become part of the everyday conversations in Poland. According to Janke, the Polish conservative elites are disappointed with Viktor Orbán because of his tightening relations with Russia. However, Igor Janke still regards the Hungarian premier as a great leader whose “unorthodox” policies have put Hungary’s economy back on track.

– As the author of the Viktor Orbán biography, your opinion on Hungarian politics is very much appreciated in Hungary. Is it true that you have extended your book because Russia’s President Vladimir Putin was received by Viktor Orbán in Budapest?

I finished the first edition of my book three years ago. Since that, a lot has happened. It would be strange if a book about Viktor Orbán did not deal with recent years. Russian relations are integral part of this period, it is an interesting and much-debated topic indeed. Viktor Orbán is still the Prime Minister of Hungary, therefore his biography cannot end in 2011. The extension of the book does not mean that my opinion about him has changed. I still regard him as a colourful, impressive and great leader. However, I disagree with some of his decisions and I think that he has committed mistakes. I criticized him many times in the past and I am still critical.

– Did you extend the book because you were shocked by Viktor Orbán’s tightening relations to Russia?

I was shocked by his foreign policy moves indeed. He would never admit it, but I think he knows that he had committed mistakes, since in terms of foreign policy towards Russia the differences between Warsaw and Budapest had been increasing rapidly.

– Is he becoming more careful in this matter?

I think he is. I think he realised by now that he paid a too hogh price for Russian cooperation, Putin just took advantage of him. I did not write new chapters because of emotional reasons. My publisher wanted to release an English edition, that was the main factor behind my decision to extend the book. By the way, I was not happy at all that in Poland many people thought I always defend Viktor Orbán, no matter what he does. In the first month of the Russian aggression against Ukraine, many thought, for instance, that I accept the Hungarian point of view but it was not true. I believe that the situation has changed recently. Concerning Russia, the dispute between Warsaw and Budapest has become less harsh, and there is a good chance for a tighter cooperation between Poland and Hungary. In fact, our relations have never been bad, the Polish ruling party (PO) stood up for Hungary many times when it was under attack in the European Parliament. The Polish government never took part in these attacks against Hungary. Viktor Orbán has visited Warsaw two times recently, which is an important political gesture as well.

-What do you think, when will the moment come when Viktor Orbán decide to take a much more careful approach towards Russia?

I can’t tell you, but it is obvious that the Hungarian government has changed its approach towards the USA. Previously, there had been tensions between the two sides, and I think both of them were responsible for the situation. Transatlantic cooperation has become very important recently to ensure the security of our region. I’m aware that the Hungarians are not as enthusiastic about the USA as the Poles. At the same time, I also see that many high-ranking right-wing politicians in Hungary are convinced about the significance of the Hungarian-American relations. The Americans have also realised lately that it is important to have good relations with Central Europe.

– What do you think about the opinion which says that it was not Russia that provoked the Ukraine crisis but the West, which insulted the sphere of Russia’s influence? If the bear is teased, sooner or later it fights back.

I absolutely disagree. To claim that it was the NATO or the EU which caused the conflict is a simple lie, nonsense! The Kiev revolution was followed by Russian aggression. The revolution was staged neither by the CIA, nor by the Polish secret services. Ukraine wishes wider independence, more democracy and less corruption. The people of Ukraine want this.

– People of Eastern Ukraine were not happy with the revolution.

I’m aware of that. But I’m speaking now about the events that took place in Kiev. This should have remained the internal issue of Ukraine but Russia made an aggression against its neighbour. There is no explanation for that. We cannot accept it under any circumstances. I was shocked by Viktor Orbán’s remarks during the first weeks of the Ukraine crisis, because he had a totally different opinion when Russia made a similar aggression against Georgia in 2008. That time, the Polish President Lech Kaczyński said the next would be Ukraine, then the Baltic states and then Poland. He was right. Now Latvia and Estonia are under huge pressure. If Central Europe is on its way towards destabilisation, then it will hurt Hungary too.

– Do you really think that Russia could turn against the Baltic states?

Of course. I have spoken to American and Polish military experts as well and they said it was a real possibility. The Russians are constantly testing the endurance capacity of the West. In case of no reaction or antagonism, they keep pushing forward. It does not mean necessarily that they send tanks to Riga, but pro-Russia rebels could launch a revolt in Latvia and the Russian minority would ask for help from Moscow.

– You have said recently that the Poles are shocked by the Hungarian approach towards Russia and the Ukraine crisis. Do you think it is because the Poles regard Hungarians as friends or because Budapest’s foreign policy is not serving the national interests of Poland?

Both. Conservative Polish politicians were shocked in particular because they regarded Viktor Orbán as a rigorous anti-communist leader. I’m not happy to see antagonisms in Central Europe but problems always emerge and we are be able to solve them. I want to make clear, however, that people in eastern Poland are really feel that the current situation is dangerous. They talk about the possibility of war every day. Even the educated people, businessmen from Warsaw for example. The Polish government spends much more on defence than before and rest of Central Europe should do the same. We cannot rely on America always. We can spend our money on kindergartens and factories, but if they come under bombardment, all the efforts are meaningless. We need to arm ourselves to gain strength, because if the enemy sees that we are strong enough to defend ourselves, it won’t attack.  The Russians understand the language of force only.

– We have the NATO and the army of the United States behind our back.

I’m not entirely satisfied with the attitude of the Americans. I think, they should deliver weapons and armour to the Ukrainian army. Not troops, it would be too much but weapons. A strong and independent Ukraine is crucial to ensure our security as well.

– As for the Hungarian-Polish relations, you have mentioned that the ruling PO party has a satisfying and pragmatic relationship with Viktor Orbán’s government. What about the opposition PiS party? They admire him because of  his economic policy and at the same time they disappointed with his foreign policy. PiS candidate Andrzej Duda won the presidential elections in May and PiS also has a good chance to win the the parliamentary elections to be held in the autumn. What do you think, what impact will these developments make on the relations between Budapest and Warsaw?

The relations would improve beyond doubt. I spoke to Andrzej Duda after Viktor Orbán’s visit to Warsaw in February. I asked him about a possible meeting with Viktor Orbán. He said, of course he would meet Orbán. PiS leader Jarosław Kaczyński had a different opinion, he had not intention at all to meet Orbán during his last in Warsaw. It makes some sense, because as the leader of the opposition he cannot afford himself to held talks with the man who has just received Putin in Budapest. However, I know the PiS politicians very well and I know the regional cooperation is very important to them.

– In order to write the new chapters of your book, you came to Budapest. You collected information and spoke to Hungarian politicians and experts. What have you experienced? What has changed in Hungary since 2011?

I have already spoken about foreign policy. As for the economic situation, it is very impressive, since Viktor Orbán’s unorthodox economic policy has had many opposers. In the beginning, nobody knew what will be the final outcome. It was very brave and risky to get through the series of unusual economic measures, but after five years of right-wing governance, it seems Hungary is in a much better economic shape than before. Even the international organisations recognised this, we can speak about a success story. On the other hand, I see that there are many frustrated people in Hungary. Many Fidesz voters are disappointed with the behaviour of government officials. Fidesz should not underestimate the opinion of its own supporters. Although the economic situation is good in Poland too, the ruling PO party is losing voter support. It is natural that a party having been in power for eight years bores people. The support will be further decreasing if the voters feel that the high-ranking politicians rather pay attention to their own wealth than to interests of the people. The PO had committed this mistake and recently I’ve heard about similar stories in Hungary. Fidesz is lucky because currently there is no real political alternative in Hungary. I know Viktor Orbán and I think he is able the change the negative tendencies. He has the courage. He has lost many times and he has won many times, and  has also changed his approach many times. I admire him because he was able to reconsider Fidesz’s strategy after the party had lost elections in the early 2000s.

The original interview made by Zoltán Kottász in Hungarian can be read here. 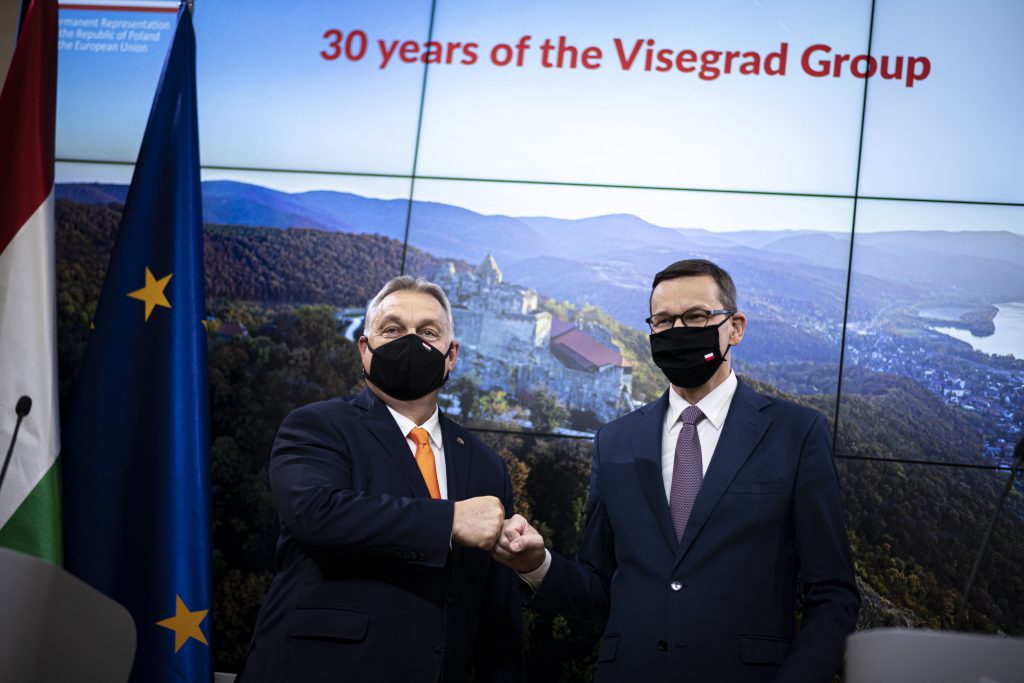 Prime Minister Viktor Orbán on Monday greeted in a letter Mateusz Morawiecki, his Polish counterpart, on the occasion of Poland’s Constitution Day. According to information from the prime minister’s press chief, Orbán commemorated May 3, 1791, as a day when Poland’s constitution “lent hope to all nations of the continent”. The constitution “showed the Polish […]
MTI-Hungary Today 2021.05.03. 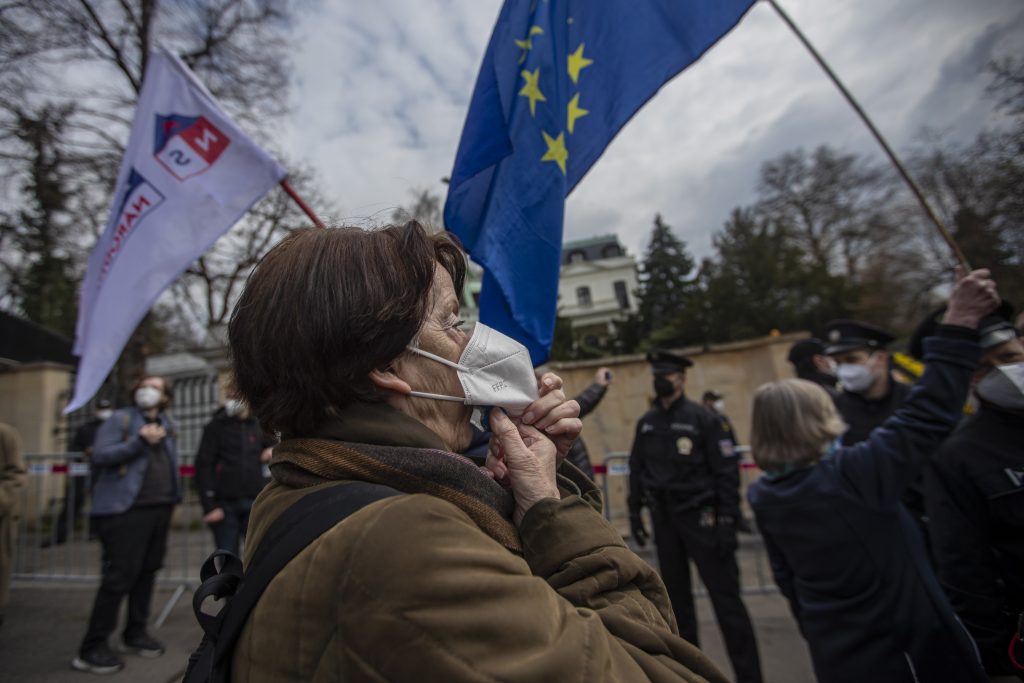 The foreign ministers of the Visegrad Group (V4) expressed their solidarity with the Czech Republic, which has recently expelled 18 Russian diplomats over suspicions of espionage, in a statement released late on Monday. Czech Prime Minister Andrej Babis said earlier the Russian diplomats were suspected of having had a hand in explosions in an ammunition […]
MTI-Hungary Today 2021.04.20.