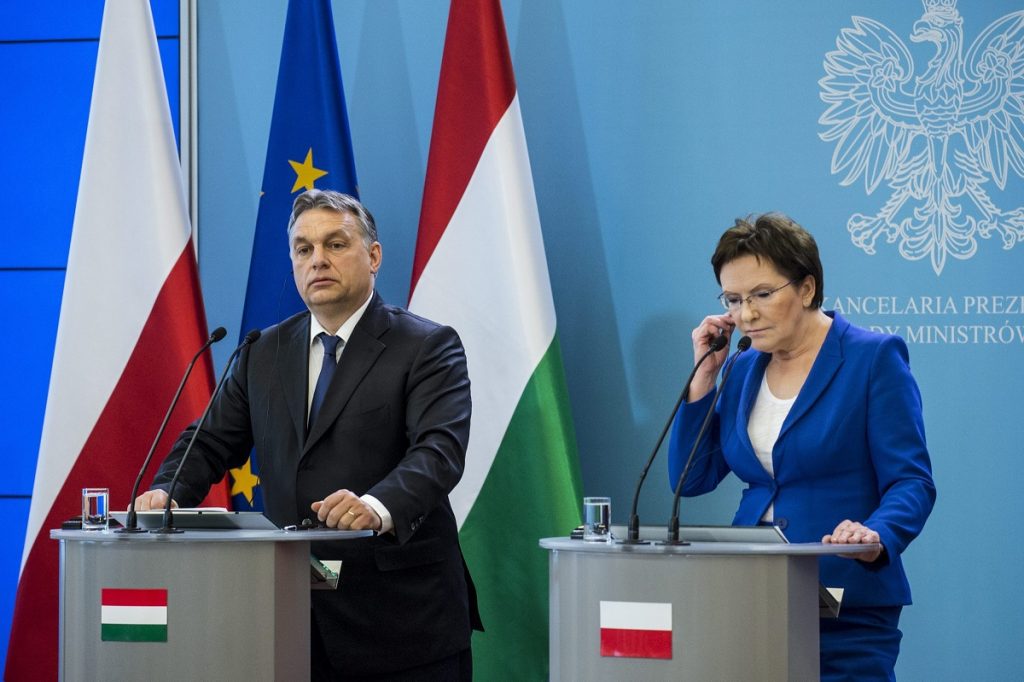 The Visegrád cooperation, Europe’s energy union and joint lobbying efforts within the EU and the Ukraine crisis were high on the agenda of today’s talks between the Polish and Hungarian prime ministers. The meeting in Warsaw took place just two days after Viktor Orbán welcomed Russian President Vladimir Putin in Budapest, where among other agreements a new gas deal has been signed. Furthermore, the Hungarian Prime stepped up his criticism on Wednesday of his European allies for their policy of seeking to isolate Moscow, naming top EU official and former Polish PM Donald Tusk as one of its backers, Reuters and euractiv.com reported.

Hungary’s PM Viktor Orbán’s visit to Poland can be seen as part of an effort to show that Hungary’s growing closeness to Russia does not mean the country is turning its back on its traditional alliance partners. However, Ewa Kopacz clearly expressed Poland’s disappointment with Hungary’s closer ties with Russia. The European unity and “the condemnation of aggression is a fundamental thing for us,” she said at a joint brief news conference held after the meeting. Ewa Kopacz said the talks with Viktor Orbán had been “sincere and tough”, focusing on Europe’s ties with Russia and with Ukraine. She said that unity within the EU and among the four Visegrád countries was crucial.

“We welcome the EU’s stance that the second Minsk agreement should serve as the basis for a common European position” Viktor Orbán said at the joint press conference. “Hungary will support and defend that European unity based on this Minsk agreement to the end and Poland can rely on Hungary in that respect”. Weapons must be laid down, Ukraine needs to complete constitutional reform, and Europe needs to work with Russia to build a Eurasian economic area, Viktor Orbán insisted. “Poland will always occupy a special place in our heart,” Orbán said. “Even when Hungarians were allied to the enemies of Poland, we found a way to preserve the friendship of the two peoples”, he added.