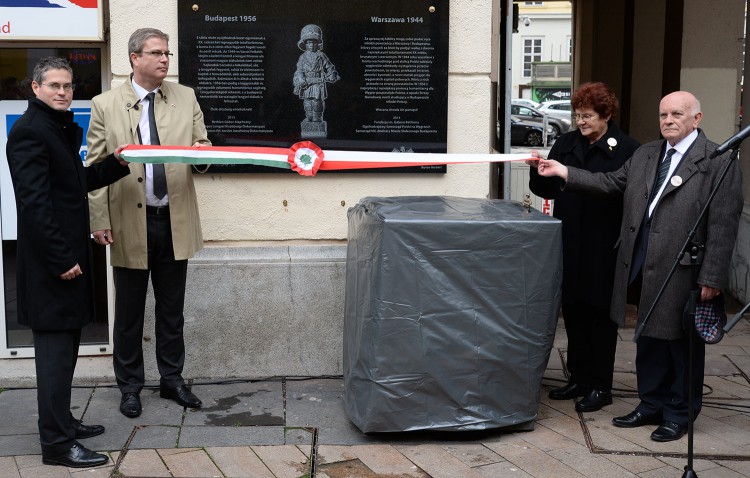 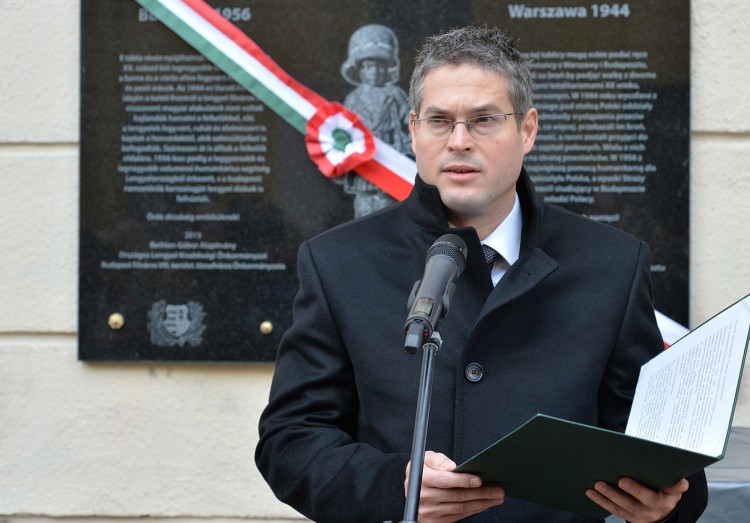 “The past has proven several times that cohesion gives the troubled party an extraordinary strength”, Botond Sára, deputy mayor of Budapest’s District VIII, said, adding that the district is proud to commemorate the centuries-old friendship between the two countries at such a symbolic spot. “Solidarity gave both nations perseverance in its struggles”, Mr. Sára said, pointing out that the two countries’ friendship and cooperation between Visegrád states continues to set an example to Europe until this day. 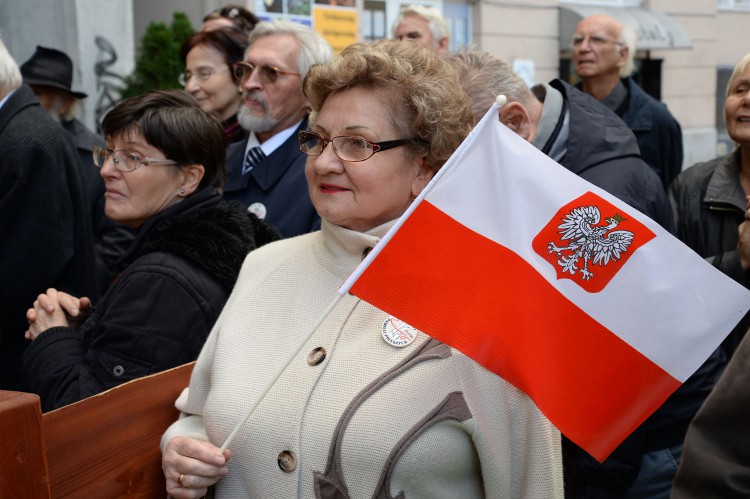 The deputy mayor recalled that the district was where the most serious clashes took place during the 1956 Hungarian revolution, and it was also the scene of one of the chief strikes of the Soviet invervention that crushed the revolution on 4 November.

Polish ambassador to Budapest Roman Kowalski’s message focused on the shared fate of the two peoples, which is rooted in the thousand-year friendship that has proven itself during times of hardship. Mutual understanding, empathy and friendship between the two peoples often prevailed even despite political leaders’ decisions. 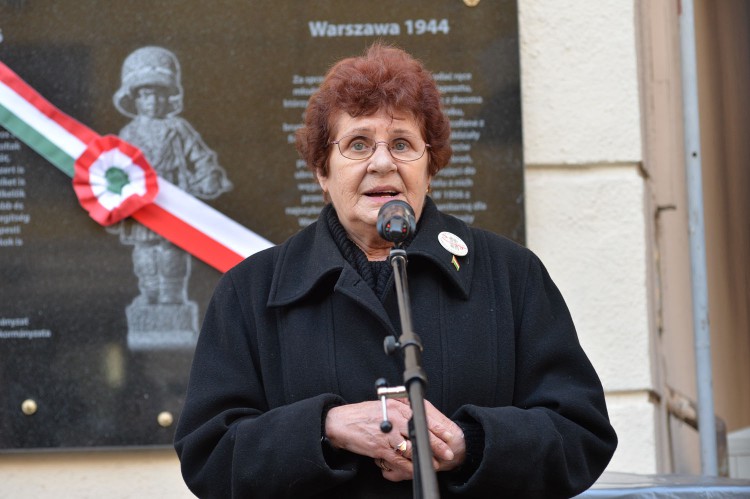 The 1956 Hungarian revolution was a continuation of the Polish uprising of 1944, Mária Wittner, a revolutionary who fought at Corvin köz in 1956, said. “The fates of the many Pest lads and little Polish boys became intertwined. It is my belief that neither the communists, neither the socialists managed to break this friendship, and neither will globalism”, Ms. Wittner said.

The bilingual plaque of black granite, erected by the Bethlen Gábor Foundation, the district’s local authority and the national Polish minority self-government, is a memorial to the child heroes of mutual solidarity and struggle against totalitarianism.