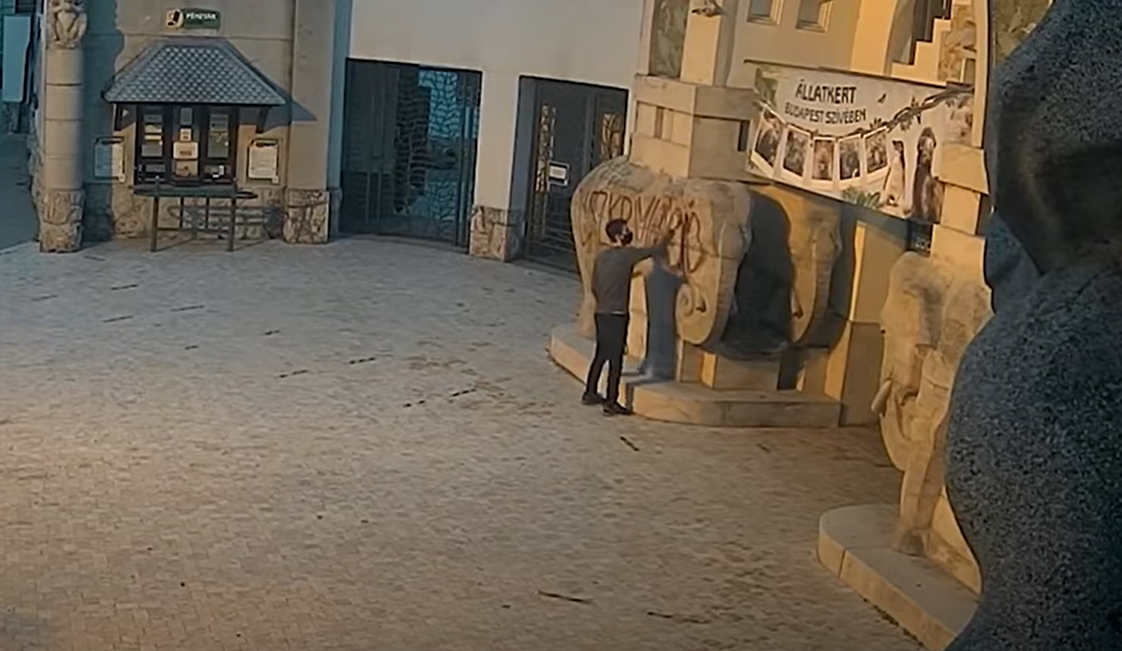 Police are searching for an unknown man, who on Saturday at dawn scrawled the word “DISCRIMINATION” on the stone elephant statue standing at the entrance of the Budapest Zoo & Botanical Garden.

The vandalism hit the news over the weekend, with police soon disclosing a photo of the man. Most recently, the 14th district police additionally published a video of the perpetrator, seeking any information of his whereabouts.

Telex reported that in May, there was a minor verbal brawl between police officers and a Guy Fawkes-masked man at the zoo’s entrance. The unknown person expressed the fact that ever since the reopening, that only immunity certificate-holders are allowed in was ‘discriminating.’ A connection between the two cases is, however, yet to be made.

In addition, the Zoo & Botanical Garden isn’t the only place recently targeted in Budapest, as someone scrawled the same word using an identical color on the recently-renovated building of the Pesterzsébet Iodine-Salt Thermal and Open-air Bath (20th district).