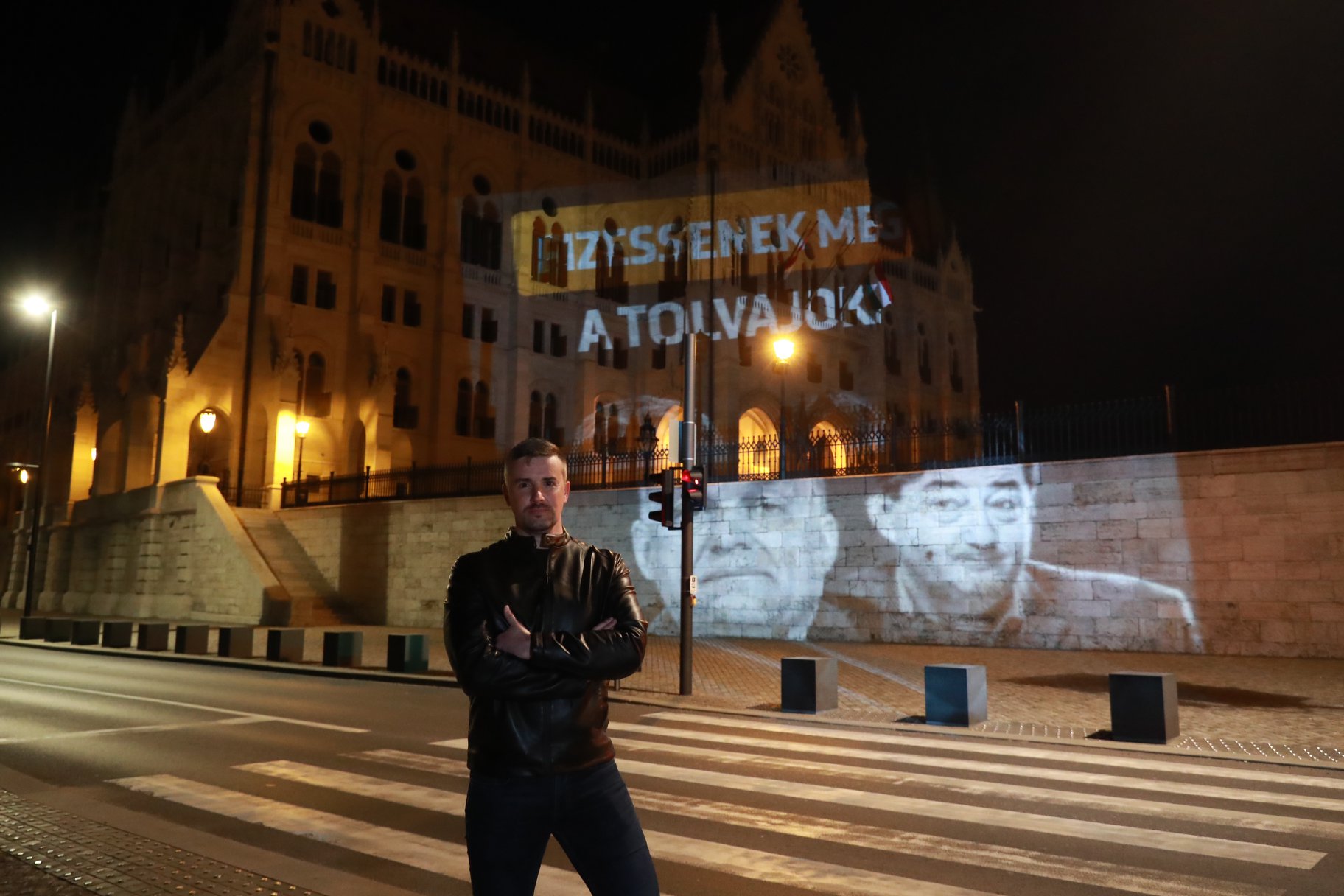 Police turned up at dawn at the embankment just under the Parliament after Jobbik leader Péter Jakab’s newest demonstration. The right-wing party’s PM candidate projected “Let the thieves pay!” on the walls in lights with Prime Minister Orbán and his billionaire ally Lőrinc Mészáros’ faces.

This took place at 2 A.M. on Wednesday, and shortly later (at least) six officers of the riot police surrounded him. After having recognized him, no ID check was done, however, and the police eventually left shortly after, according to Jobbik-linked Alfahír’s information.

It is yet to be clarified whether they would launch any proceedings against Jakab. He himself promised further clarification on the case and his motivation during the day.

According to recent polls, Péter Jakab is catching up to Budapest mayor Gergely Karácsony in popularity among those running in the opposition primaries.

This is not the first time he has engaged in actions against the ruling forces. In October, he was heavily fined for wanting to put a bag of potatoes on the table for Viktor Orbán during a session of Parliament, calling the Prime Minister a “potato king,” in reference to the by-elections and elections when several pro-government politicians handed out potatoes to the poor. In addition, just this Monday he asked House Speaker László Kövér whether he could call him a “toff” (‘ficsúr’ in Hungarian, a pejorative term for the rich), for which the Fidesz politician muted his microphone and could impose a fine.