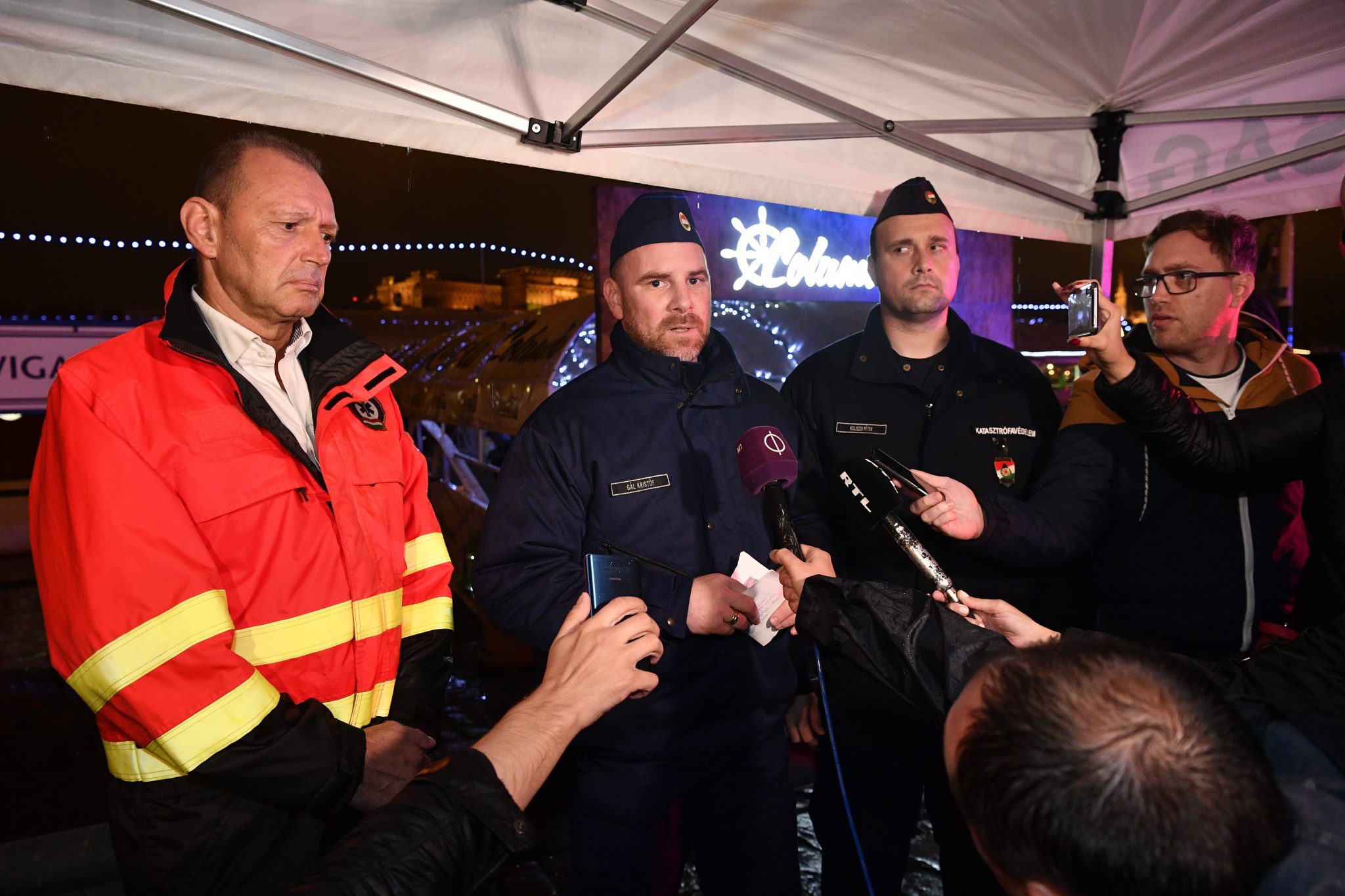 The national police (ORFK) have launched a criminal investigation into Wednesday’s ship collision in central Budapest, in which at least seven people died, Colonel Adrián Pál told a press conference on Thursday.

The bodies of seven victims have been recovered and two of them have been identified, while a search is under way for 21 others, he said. All seven survivors are South Korean nationals, he added.

The accident happened at 9.05pm on Wednesday, when Hungarian sightseeing boat Hableány (Mermaid) collided with Viking Sigyn, a large cruiser belonging to a Swiss company, the colonel said. At the time of the collision, there were 35 people aboard the Hableány, 22 women, 12 men, and a child, he said.

Pál said that the cruiser’s Ukrainian captain has been questioned.

Footage of the collision shows that both vessels were heading north, and Hableány “for some reason turned in front of Viking” in between two pillars of Margaret Bridge, the colonel said. The smaller boat capsized and sank within just 7 seconds, he said.

ORFK has called on eyewitnesses to contact the police.

Panorama Deck, the company operating Hableány, said in a statement that the boat had had 60 safety vests on board, adding that the vessel’s captain and the other crew had done an excellent job all through their employment with the company.

The statement said the company was shaken by the disaster and expressed their sympathy with the families affected. The company said it was ready to cooperate with the authorities in their investigation and also set up an internal committee to look into details of the accident.

With regard to the accident and high water levels on the Danube, the national water management authority ordered a 24-hour surveillance service along the river between Budapest and Hungary’s southern border.