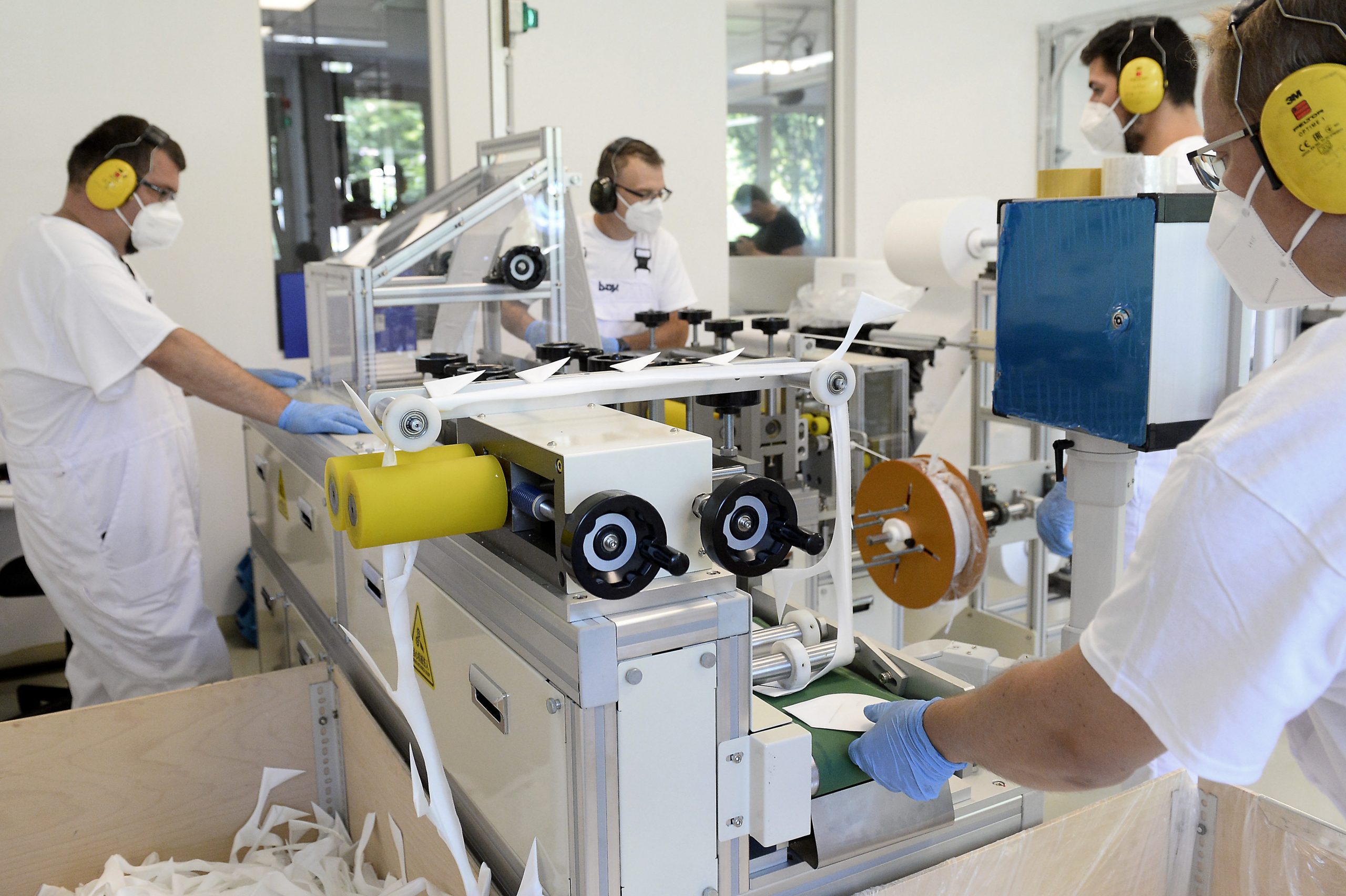 The police wouldn’t launch an investigation into the purchase of the overpriced Chinese face mask sewing machine, the Pest County Police Headquarters said. The case was unearthed by independent MP Ákos Hadházy, and although it was shown that it was bought well above the normal amount, the police blame wavering prices caused by the pandemic.

The case dates back to April, when the Prime Minister visited Sátoraljaújhely and checked an automatic mask sewing machine purchased from China and put it into operation in the city’s prison. In the accompanying video, it was claimed that the machine could produce up to 2.8 million masks a month.

In response to independent MP Ákos Hadházy’s inquiry, however, the Hungarian Prison Service (BVOP) said it only completed a fraction of this, 890,000 masks by the summer.

Later, it came to light that the government had paid 600,000 euros for the machine to a company called TMT Technics, which completed the purchase. Hadházy then claimed that after a short internet search, he found a similar mask sewing machine for 60,000 euros on Alibaba. Later, this was also confirmed to him by a Hungarian entrepreneur, who received an offer of USD 63,000 for an N95 mask sewing machine that produces 100 masks per minute. The dealer estimated that about 30% of the price of the machine would be added to the actual price in taxes and duty, as well as a USD 1,700 shipping cost if brought on a ship to Europe.

Hadházy then filed reports for misappropriation and budget fraud.

In addition, another businessman also claimed that in mid-April his company could have imported a machine capable of producing 2 million masks a month for around HUF 50 million (EUR 139,000). Meanwhile, Hadházy discovered (and amended the report accordingly) that in the same period, BVOP purchased two more machines for the Kiskunhalas prison, both having twice the capacity of the Chinese one, and which still cost only tenth of the price.

Police, however, said it wouldn’t look into the case. According to them, the machine’s price cannot be compared to any of those attached in the report or found on the internet. “In the global pandemic situation, the market equilibrium has been turned upside down, and the demand for the prevention and protection tools and equipment has increased significantly, which has led to higher prices.”

The police’s rejection, however, only applies for the misappropriation, the report on the budget fraud has been forwarded to the Tax Authority (NAV).