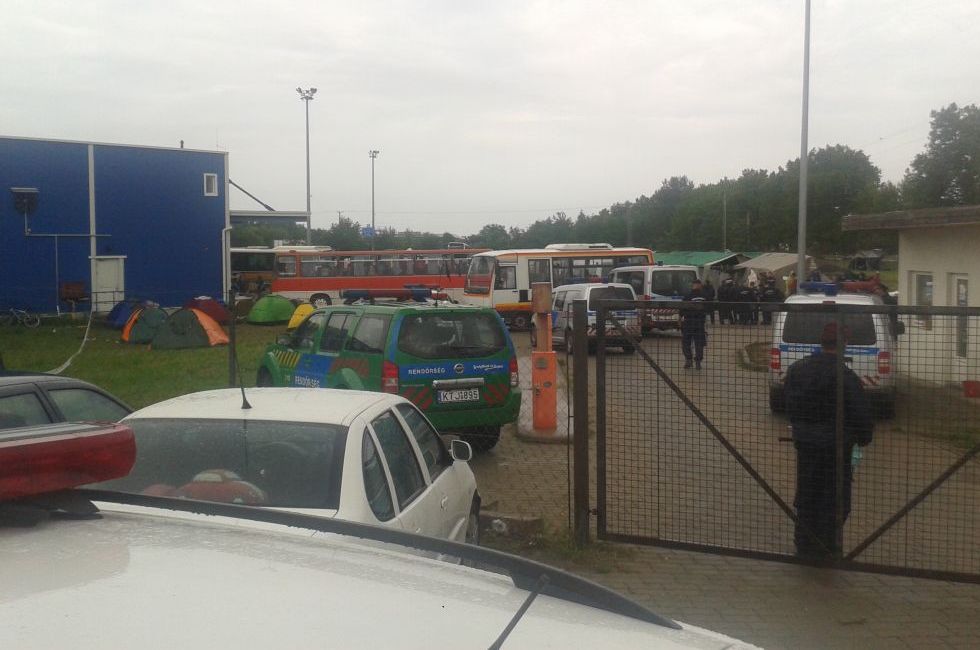 Hungarian police were forced to use tear gas against asylum-seekers in the early hours of Wednesday at the registration centre in the settlement of Röszke on the Serbian border as a minor riot erupted when migrant noticed journalists carrying a camera filming them.

The asylum-seekers, who began shouting “We want to go” in English towards the cameras of the all-news channel Hír TV filming on the scene, were sealed off with a defensive formation by police, who later also used tear gas on the crowd. A spokesman for the Csongrád county police directorate told journalists that some 200 people had to be calmed down with tear gas after a number of asylum-seekers became angered by the sight of cameramen filming them from a distance.

The riot broke out after police personnel unsuccessfully attempted to block the view of the asylum-seekers from the media with vehicles and policemen attempted to press them backwards around 10 am on Wednesday. Groups of migrants began shouting, jumping and pointing fingers and police were forced to use tear gas at one point to keep the situation under control.

Tensions began easing by 11 am and police began transporting the migrants to refugee camps, the television channel’s reporter said, adding that Dutch, German and Romanian police cars are also at the scene, supposedly carrying out surveillance of the situation.