Police Chief: Public Order And Safety Improved In Hungary In 2014 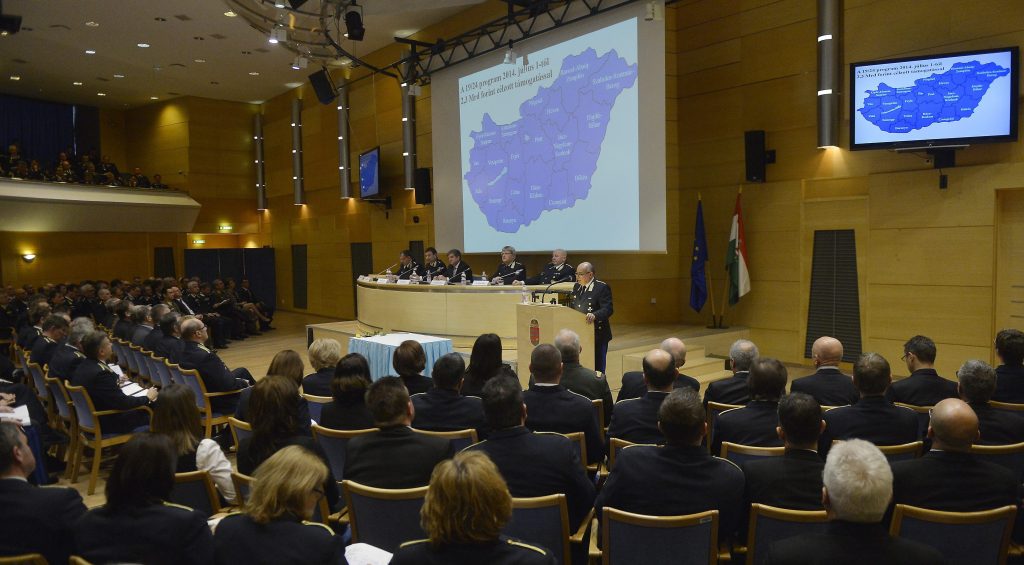 Quoting domestic statistics, Károly Papp said that police took action in nearly 310,000 instances which is a 14% drop compared with 2013. The number of crimes committed in public area dropped significantly, by 30%, he said. The five-year average of crimes immediately affecting Hungarian citizens, such as homicide, robbery, attacks leading to bodily harm and car theft dropped compared with the previous five-year average while the number of burglaries and crimes related to rowdy behaviour increased, Papp said.

The crisis in Ukraine and illegal migration posed serious challenges to Hungary’s police throughout the year, which however managed to give an appropriate response to them by regrouping its forces, Károly Papp said, noting a massive migration surge at the Hungarian-Serbian border section which called for strengthening local forces in two border counties. He said that most illegal immigrants detained at Hungary’s borders were Kosovar, Syrian and Afghan citizens. The number of Kosovar families travelling with minors and seeking to illegally cross to Hungary increased considerably, he said, noting that the number of minors alone was just under 8,000.

Earlier this week Bulgaria handed over one of its own citizens suspected of people smuggling to Hungary. Two Afghans died and seven were seriously injured in a converted van when it crashed last summer on Hungary’s M5 motorway, police said on Wednesday. The van’s driver and a passenger escaped from the scene of the crash that took place on August 11, 2014, the police headquarters said on its website.

In course of an investigation carried out in the framework of an international agreement, the spotlight turned on two Bulgarian citizens, 35-year-old R. Svetoslav Marinov, suspected of operating as part of a criminal organisation specialising in people smuggling, and his partner 45-year-old Kolyo Georgiev Kolev, and an international and European arrest warrant was issued. Marinov was arrested in Sofia last November and handed over to Hungary on February 3. Kolev is still wanted by the authorities. The organisation smuggled at least 130 illegal migrants through Hungary to western Europe, the police said.