Pogácsa: The Food which Has Been Around since the Discovery of Flour – with Recipe! 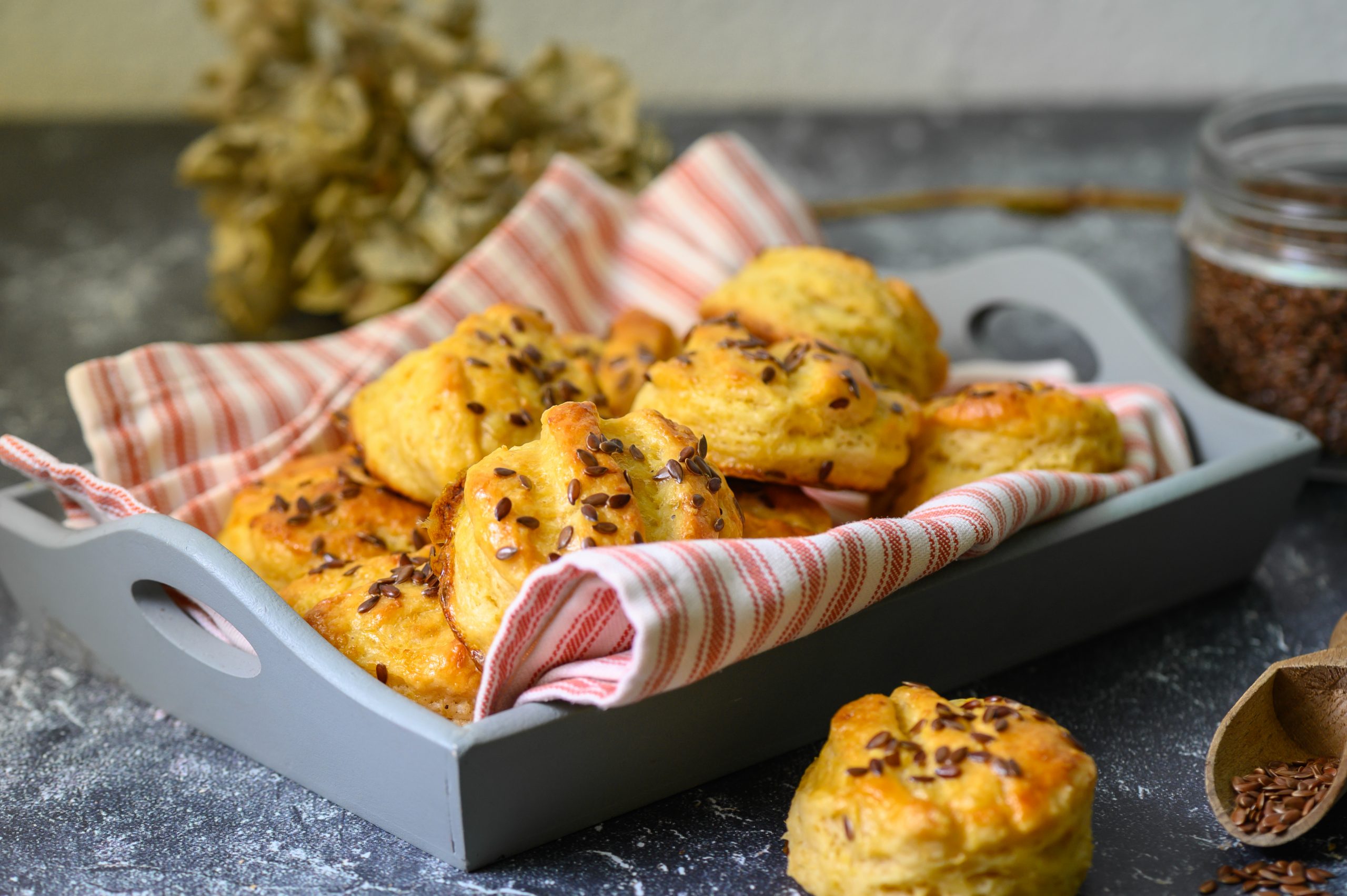 It has been with us for centuries, a staple good in all bakeries around Hungary. We have grown so used to its existence, that soon it will be to us like oxygen: only noticed when it is gone. This food is pogácsa, the biscuit which everyone’s grandma knows how to make best.

An interesting linguistic characteristic of the word pogácsa is its relation to the word focaccia, the Italian flatbread. The similarity is not a coincidence: both names come from the Latin focacea (“baked dough”), the suffix of focus (“fire”). Since this term is also used in Turkish and the Slavic languages, we might assume that the food originates from these peoples. However, pogácsa has a much more ancient history. 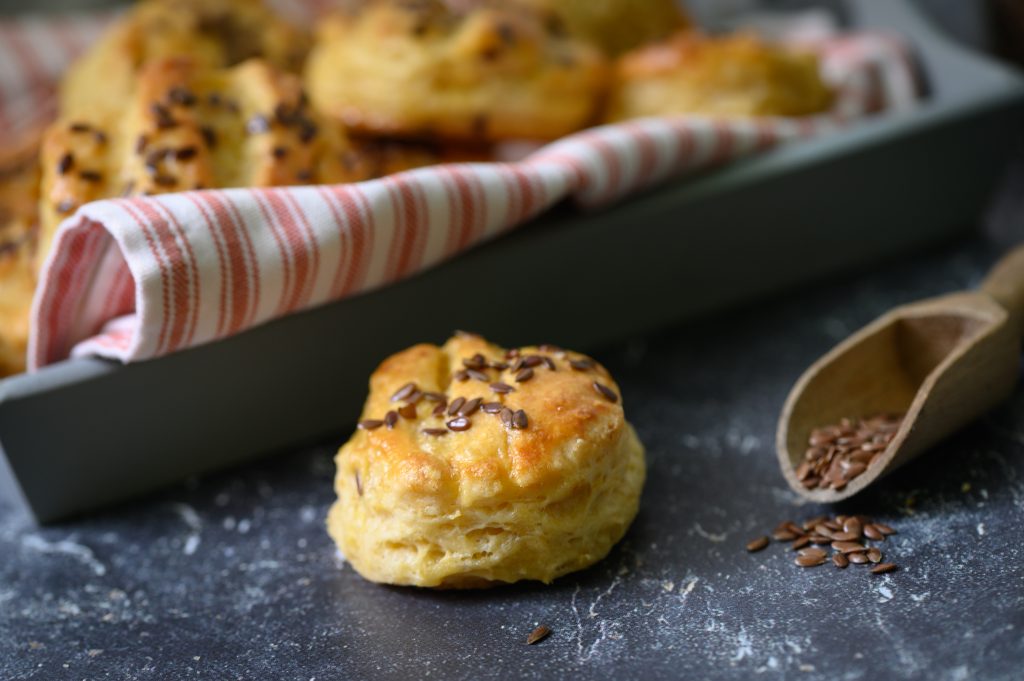 The ancestor of pogácsa is ash bread (panis focacious), which explains where the phrase “pogácsa baked in ashes” comes from. In fact, our forebears did not only bake it in ashes, but even mixed it into dough, thus giving pogácsa the “wisdom of the ancestors”, which accompanies adventurers on their long travels. Its shape is spherical, like the Earth. This symbolic characteristic gave it value in many cultures, where, following the harvesting season, only the local Shaman could bake it, often adding to it healing herbs. A special ceremony took place for the distribution of pogácsa since it was thought to give strength and health to those who ate it.

Its symbolism in folk traditions makes an appearance here and there even today. The reason why students are still given pogácsa on their graduation is because it has become the indispensable symbol of long journeys. I believe in my graduation satchel as well there is an almost 20-year-old piece of pogácsa. Today there exist multiple different variations of this legendary bread, but for us the most famous are cottage cheese, potato, pork rind, cheese, and cabbage pogácsa. I am a huge fan of cabbage pogácsa!

Wash the cabbage, grate it, salt it, and after 10 minutes strain any left-over water from it.

Poor oil or lard into a large frying pan, then simmer the finely diced onions on low heat until they appear translucent.

Add some salt and sugar and let them caramelize slightly.

Add the grated cabbage and braise it.

Add salt, if necessary, and ground black pepper according to taste.

When it is ready, set it aside to cool. 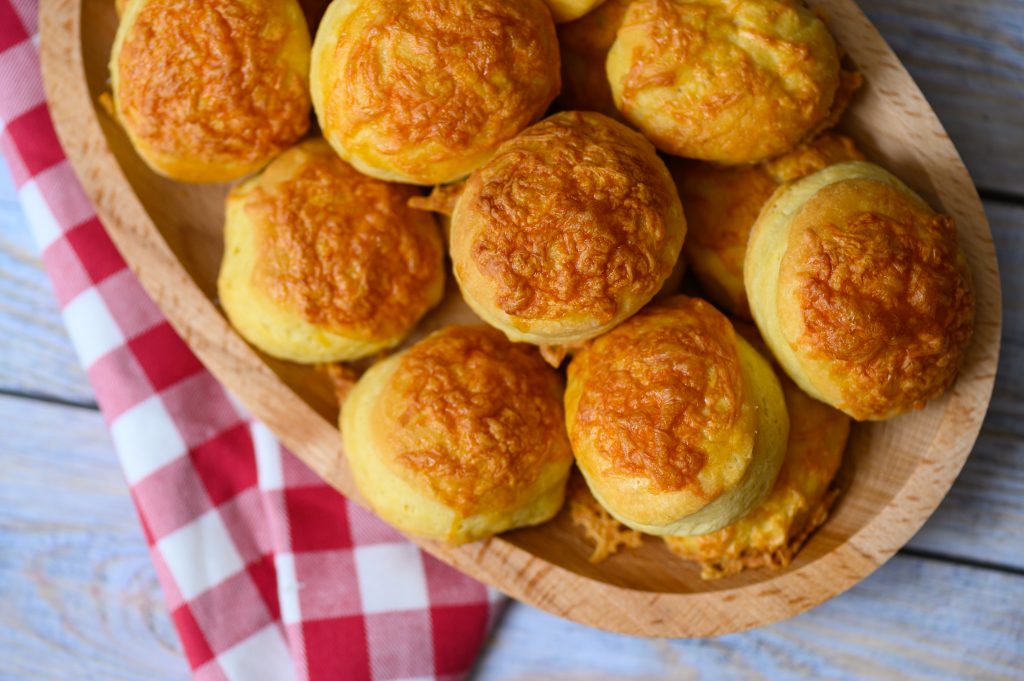 Activate the yeast in the lukewarm milk with a little sugar. Add the room temperature butter, the two egg yolks, the sour cream, the salt, and the milk with yeast in it to the flour and knead it all together. Leave it to rise in a warm area for about 40-60 minutes. Once it has risen, we can begin shaping it.

The dough will likely be very soft, but do not let this startle you. Add flour to a surface, on which the dough will be shaped, and with every stretch of the dough add salt to the surface, so that it is easier to work with. Knead the dough, then stretch it, and spread the braised, grated cabbage onto it (there is variance in the amount of braised cabbage which comes out of half a head, but there should be at least 400 grams mixed into the pogácsa). After this fold it, as is appropriate for buttered dough. Let it sit for 20 minutes, then stretch it out and fold it once again. Repeat the last step, letting it sit again for 20 minutes, and fold it one last time. 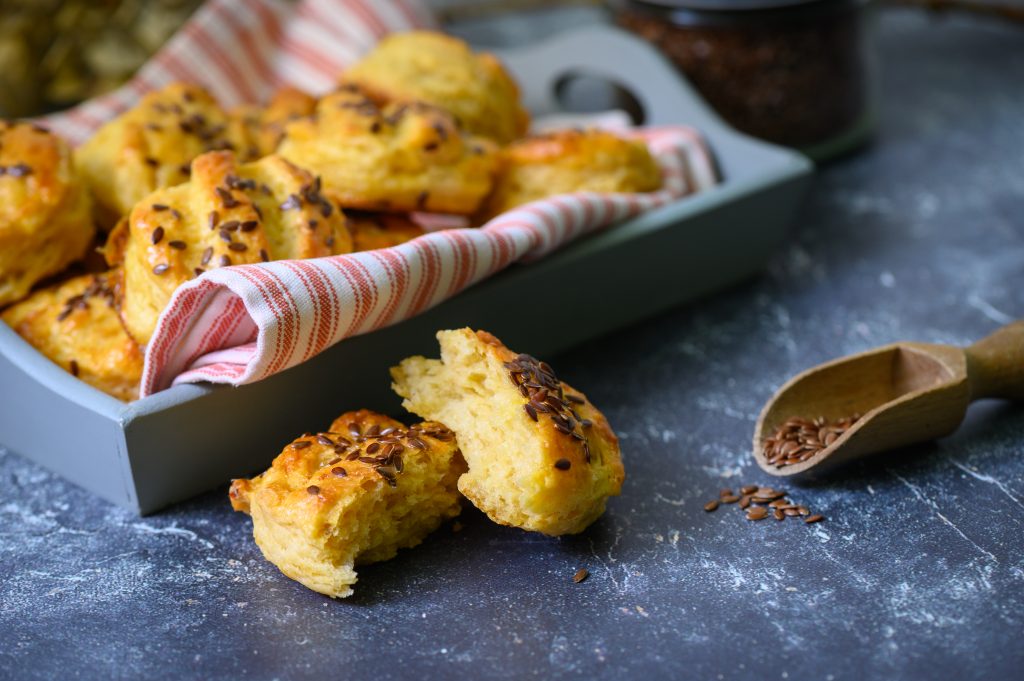 Following its last sitting and stretching, tear the dough apart. It is optional, before tearing it, to carve stripes on the top surface with a sharp knife, but it is okay to leave it plain as well. Put the pogácsa pieces on a baking sheet lined with baking paper. Spread the whisked egg and the flaxseeds over the tops of each piece. Adding cheese is optional, and so is leaving the pieces as they are. Preheat the oven to 200 degrees Celsius, then bake the pogácsa for 20 to 25 minutes, or until the top and bottom of each piece has browned nicely. 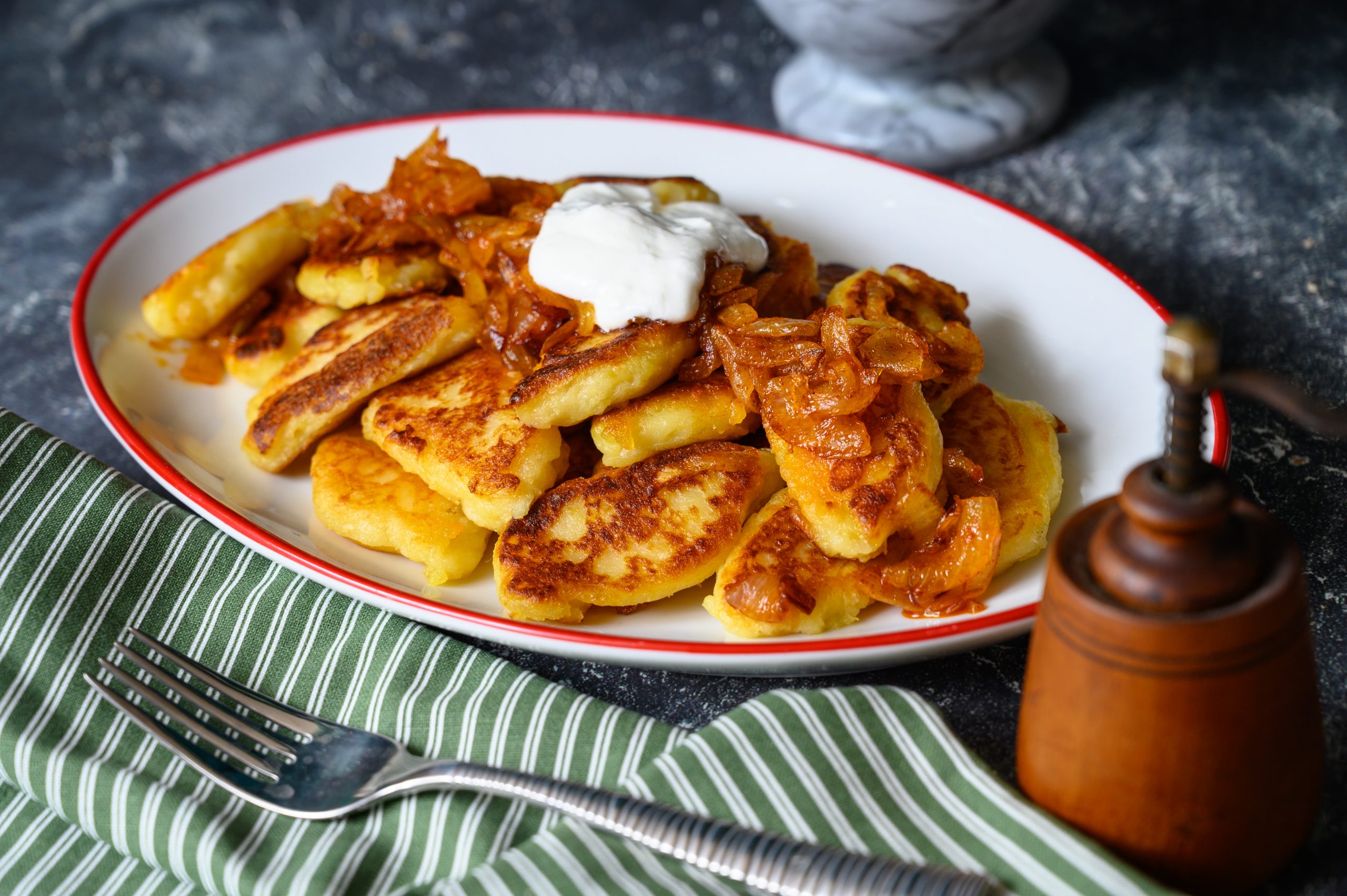 Many of us know this classic Hungarian dish as “dödölle,” but it has many more names, including “ganca,” “cinke,” “gánica,” and so on. Although its many names would imply that it is still a favorite, unfortunately, just like other old Hungarian peasant dishes, it is disappearing from plates in the country. It is a bit […]Continue reading