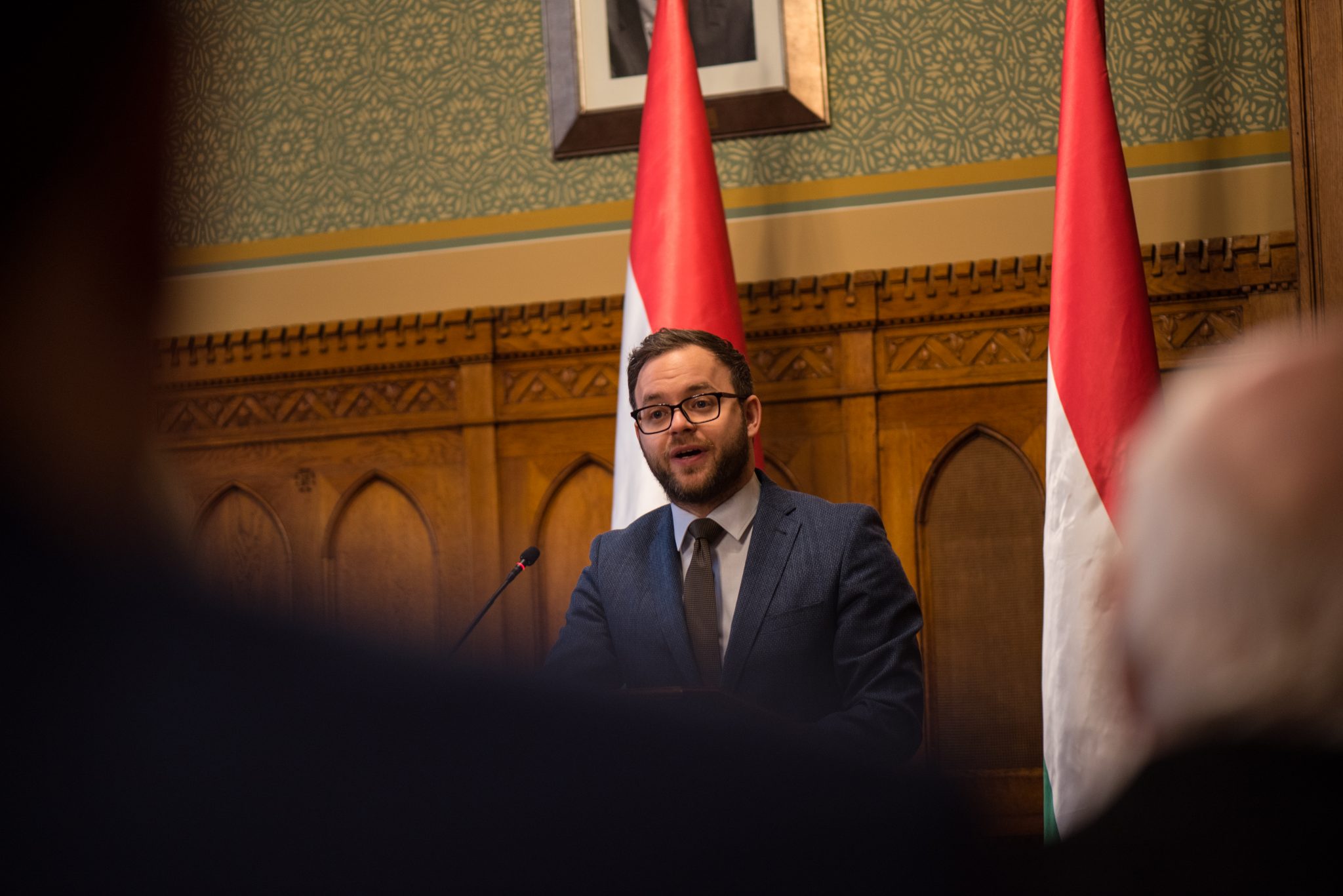 Hungary’s ruling Fidesz emerged as the winner of this week’s “battle in the European People’s Party”, a state secretary at the Prime Minister’s Office said on Friday, adding that the compromise made in Brussels would help the EPP.

“The pro-migration branch of the EPP and the leftist parties backed by [US billionaire] George Soros failed to get Fidesz expelled,” Balázs Orbán told public news channel M1, adding that this had allowed the bloc to maintain its unity.

It was ultimately Fidesz’s proposal that the EPP approved, under which an inquiry committee will be formed with the Hungarian ruling party voluntarily suspending its rights in the grouping, he said.

The state secretary added that

Incidentally, the way I see it, membership in a European parliamentary party, from a Hungarian point of view, is never a goal, but a means for the ruling parties and the government to represent Hungary’s interests in the European Parliament”

So the outcome of the debate will depend on how Hungary is able to represent its interests in the long run and in what form it will be able to find allies to protect Christian values and to stop migration, he said.

Hungary’s ruling Fidesz made a unilateral decision to suspend its relations with the European People’s Party (EPP) until the European parliamentary elections in May and will wait to see where “the series of attacks against Hungary” will go, the party’s deputy leader in charge of foreign affairs said in Paris late on Thursday.

Katalin Novák was in Paris as a member of a Hungarian delegation that held talks with the French parliament’s French-Hungarian friendship chapter.

Speaking to MTI, she welcomed the appointment of a three-member council headed by former European Council president Herman Van Rompuy to monitor the situation in Hungary, saying it would allow them “to make a more authentic assessment of Fidesz’s policies”.

Novák said the three-member committee Fidesz had appointed in response, to be headed by her, will hold regular consultations with the EPP to help them “have a clearer understanding” of Hungary’s affairs.

The Hungarian committee will be tasked with monitoring the situation after the EP ballot in May and assessing how the ruling party can most effectively represent the Hungarian people’s interests [in Brussels], she said.