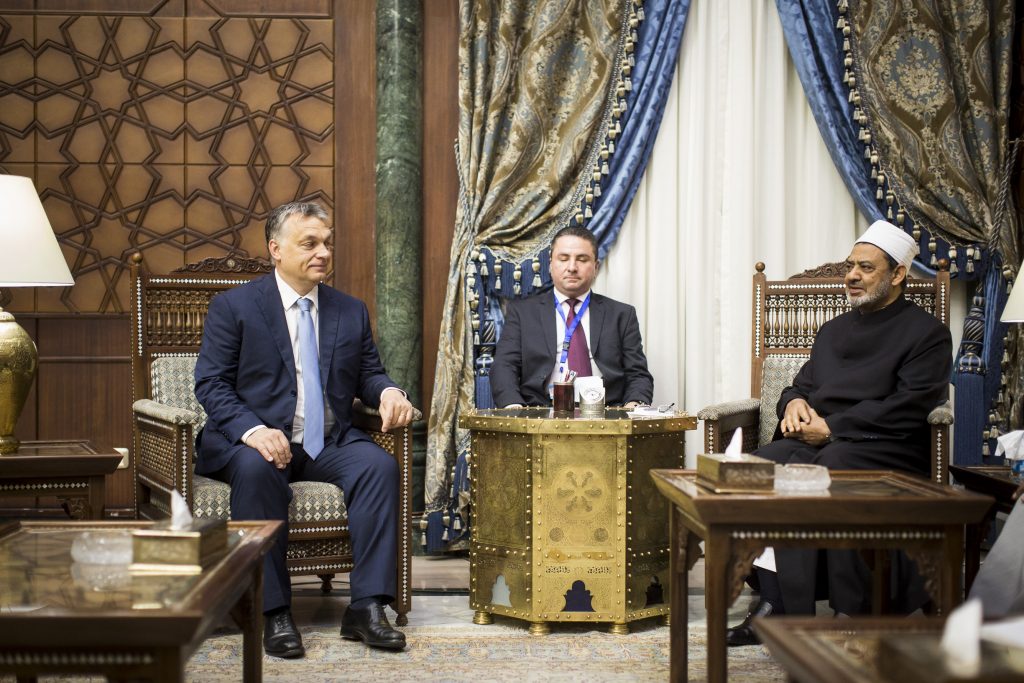 In the absence of a successful political leadership in Egypt and a strong and unified Egyptian army, Europe could face another refugee influx three times larger in dimensions than the migratory wave experienced so far, Hungarian Prime Minister Viktor Orbán has warned in his regular Friday morning interview on public radio.

Commenting on a discussion he had with Ahmed El-Tayeb, Grand Imam of Cairo’s Al-Azhar mosque, considered the spiritual centre of the Sunni Muslim world during a visit to Egypt, he said that both him and the Grand Imam believe that Europe must do all it can for the stability of Egypt. “Here in Europe, we hardly managed with the collapse of Syria” with its under 30 million inhabitants and the continent will hit the rocks if Egypt, a country of 90 million, becomes instable, he stressed.

The Prime Minister also urged Europe to reconsider its foreign policy because all three countries – Iraq, Syria and Libya – it has recently intervened in have collapsed and the evolving chaos resulted in millions of refugees fleeing these nations.

“This madness called democracy export (…), uninvitedly trying to make people in other civilizations, other cultures happy with the concepts of European culture and methods that have proven successful here, has failed. To me, the Middle Eastern chaos and its painful consequences on Europe are proof that democracy can be exported neither with arms nor peacefully”, he argued, emphasising that all peoples must be left to build their own political and economic system in line with their culture.

Concerning the situation in Libya, Egypt’s neighbour to the west, he said that Europe has two options. The first is to grant the government its unreserved support while recognising the Libyan army. The second possibility is to obtain international authorisation for European contingents to enter the country and establish giant refugee camps to hold up migrants heading for Europe and take back refugees there who have entered Europe illegally, he argued.