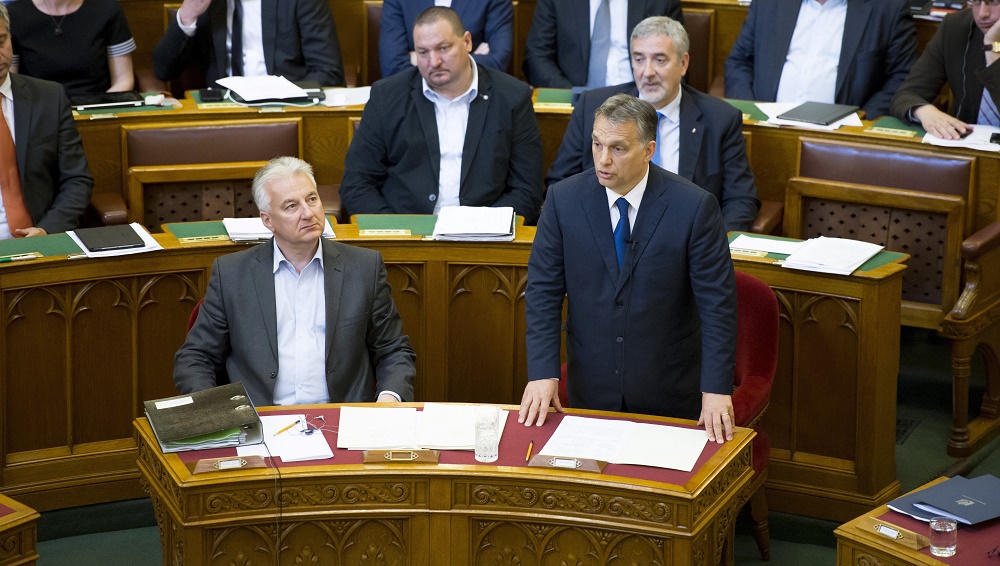 Certain international forces are working hard today to bring as many migrants to the European Union as possible, Hungarian Prime Minister Viktor Orbán said in response to a question in parliament by radical nationalist Jobbik concerning Hungarian-American financier George Soros, whom Orbán accuses of being behind efforts to promote migration to Europe.

Jobbik’s Márton Gyöngyösi noted that during the 1980s, Soros funded bursaries for almost all of the founders of the ruling Fidesz party. “Don’t you think it is hypocritical, opportunistic and dishonest to turn against your former protector?” he asked Orbán, who replied that during the anti-Communist movement the democratic opposition had received funding from various sources and this had never been a secret.

“It’s great that George Soros at the time mobilised his forces against communism to help its collapse and the withdrawal of the Soviet army,” Orbán said, adding that this had nothing to do with the current migrant crisis. “There are certain international forces who are working on bringing to Hungary … and to other countries of the European Union as many migrants as possible,” he said. “No matter what his past merits are … what he is doing now goes against Hungary’s national interests …” he added.

The Hungarian Premier also said in a recent radio interview that “however much George Soros finances civil organisations and however much he may try to get into the media with his billions and stir up trouble, the truth is that western governments are increasingly … going against their own peoples with their policies on migration.” For this reason, European leaders must completely review their migration policies, Viktor Orbán added.