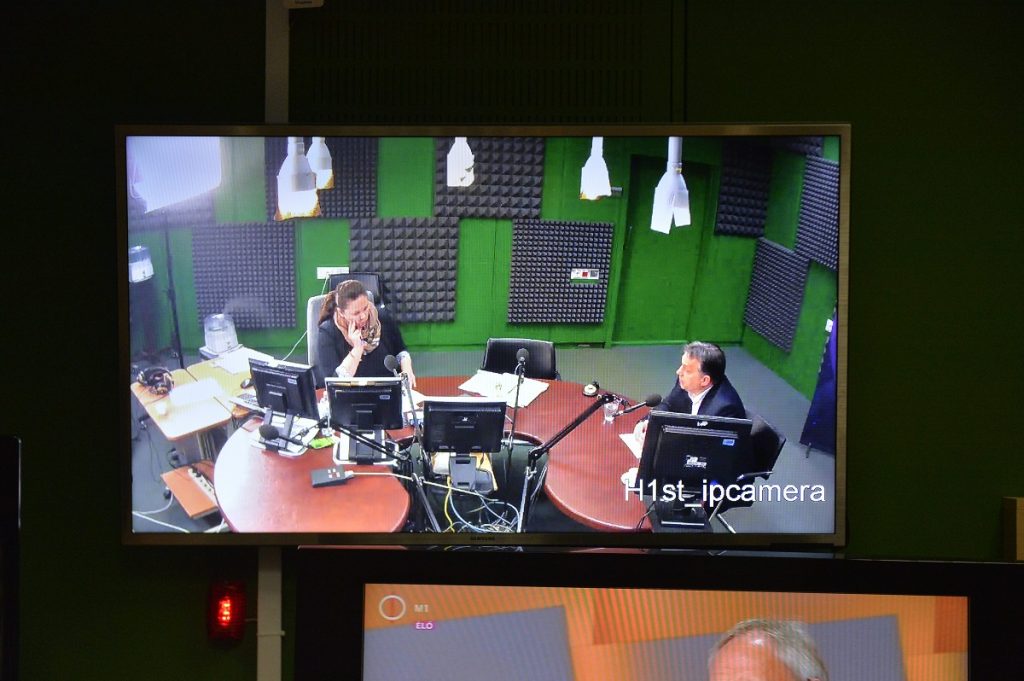 Bad policies can multiply mass migrations and this is why Hungary is pursuing a tough policy to protect its border, the Hungarian prime minister said. In his regular Friday morning interview to public radio, Viktor Orbán said: “While we are protecting Hungary we are also protecting the European Union” and this is not unprecedented in history.

Regarding Thursday’s Serbia-Hungary meeting, Viktor Orbán said Serbian Prime Minister Aleksandar Vučić was “not happy about the fence planned along their joint border” but this is “understandable”. However, migration is an issue that the Serbs and Hungarians should aim at reaching a joint position on, he said. Orbán said Hungary had stood up for its own interests at the EU summit last week, when a decision on migration was taken. Hungary and Bulgaria will get an exemption from measures, as their situation “is different from everyone else’s,” he said. In response to concerns raised by international organisations such as the UN’s refugee agency UNHCR over the measures, Orbán said these organisations were “afraid of the future”. “The years that lie ahead will not be easy because of migration, but tasks are being identified; there is a timetable and action plans which must be executed instead submitting to fear.”

Concerning the Greek crisis, Orbán emphasised that had the extraordinary solidarity not been established in Hungary in 2010, and had the Hungarian government not gained a two-third majority, with which it has been able to make difficult decisions, we too would still be in the same situation as Greece. The Hungarians, however, have established a “complete and almost unconditional unity”, he said, adding that in Greece, unity was not the solution to getting out of difficulties. Orbán also indicated that he deeply sympathises with the Greeks and is keeping his fingers crossed for them. “The Greeks could have done more, and those whose job it was to help them could also have been less greedy”, he said.