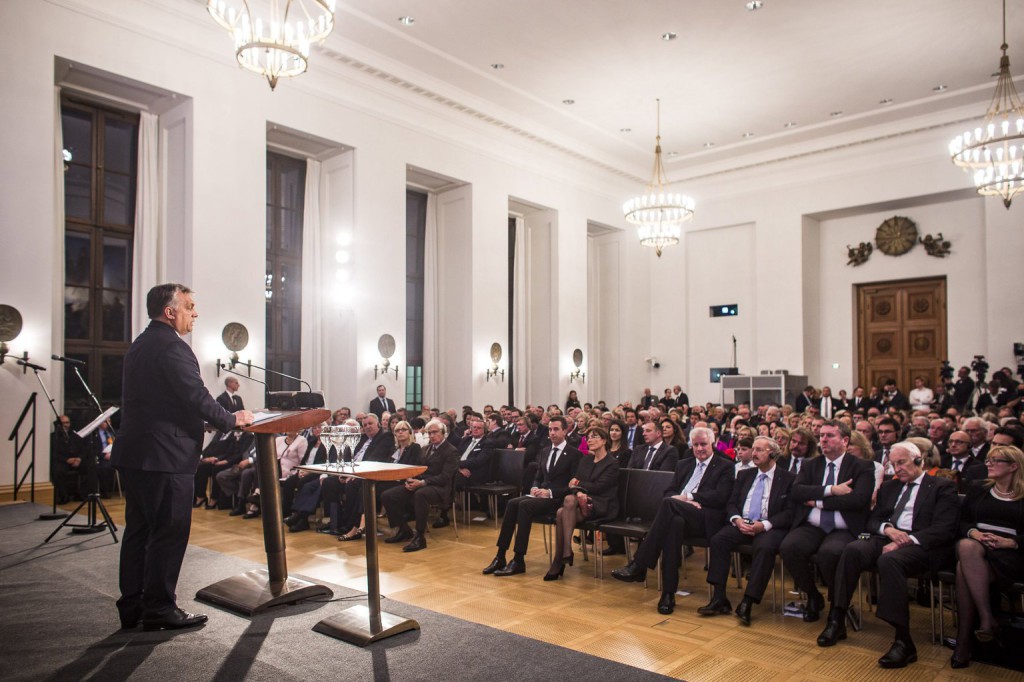 Freedom for Hungary also means freedom for Europe, Hungarian Prime Minister Viktor Orbán said on Monday at a commemoration to mark the anniversary of the 1956 Revolution in Munich.

In his speech, delivered in the building of the State Diet of Bavaria, Mr. Orbán emphasised that Bavarian-Hungarian friendship is special and unique in Europe. Throughout this sweeping friendship, the two nations have undertaken common efforts both good and bad; this time, however, Hungary and Bavaria are on the right track by striving to create a safe, free, peaceful and flourishing Europe, he pointed out, adding that this objective is worthy of the heritage of 1956 freedom fighters.

Due to its geographical location, Hungary finds itself every thirty years at the forefront of struggles unfolding in Europe, as happened in 1956, 1989 and 2015-2016, when the country has to close its border to stop the migratory wave threatening the country from the south. Hungarians stand their ground “even if attacked from the back by the very people who we actually protect”.

The Prime Minister also explained that his generation always dreamed of reuniting Europe. Hungarians dreamt the “dream of peace, safety and prosperity”, meaning that the country’s accession to the EU was natural because “this is where we belong; we have returned home, this is our homeland”, which, if needs be, we are ready to protect, he made clear.

However, he said, a renewal from within is needed to save the European dream because we cannot allow the Europe we have built with so much sacrifice to “fall apart as a result of ideological considerations, financial interests or politicians’ bad decisions”.

Claiming that Bavaria and Central Europe are, together, one of the world’s strongest regions, he remembered the 60 000 Germans who congregated in Munich in remembrance of the Hungarians fallen in their struggle for freedom. Several of the Hungarian refugees who arrived here remained to become law-abiding, diligent and devoted citizens of the Christian Bavaria, he added.