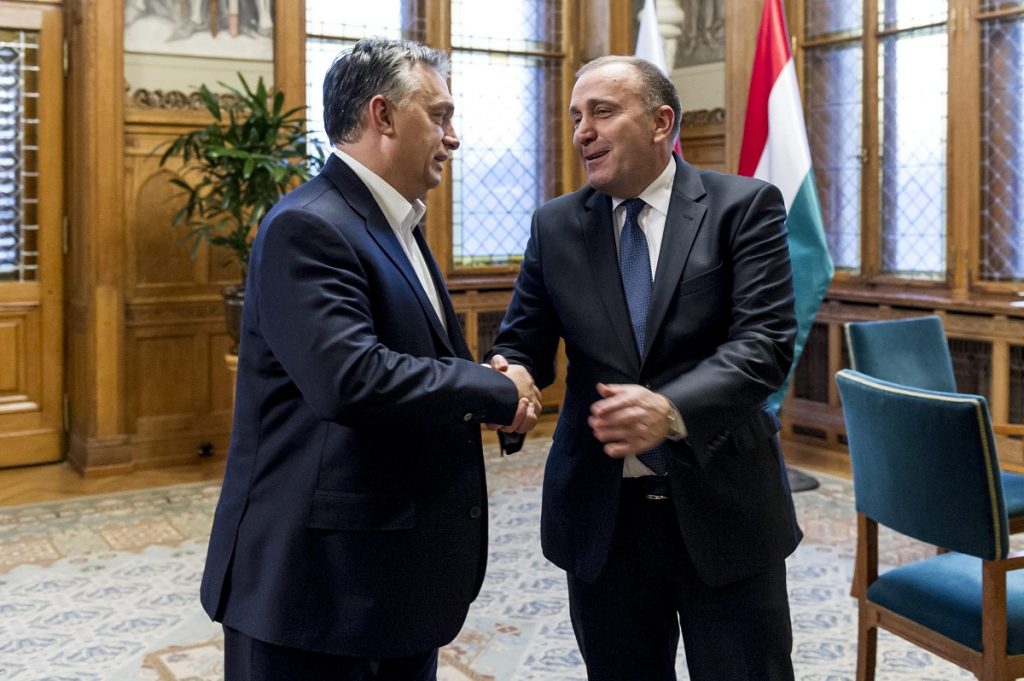 Hungary’s Prime Minister Viktor Orbán welcomed Poland’s Minister of Foreign Affairs Grzegorz Schetyna on Wednesday in Budapest and they have discussed the current situation of the Russian-Ukrainian crisis and issues of the Central European cooperation – the Prime Minister’s press chief Bertalan Havasi announced. The two politicians agreed that it is in the best interest of both Hungary and Poland to maintain and further develop bilateral relations as well as cooperation of the Visegrád Group (V4); both countries are working towards this goal, Havasi said.

Meanwhile Hungary’s Prime Minister also held talks with the Serbian deputy PM. It has been a long time since ties between Serbia and Hungary have been as good as they are now, Viktor Orbán and Ivica Dacic agreed in Budapest. The cabinet spokesman told media that Orbán received the Serbian politician, who is also the foreign minister, in his office, and discussed the crisis in Ukraine. Serbia currently holds the rotating presidency of the Organisation for Security and Cooperation in Europe (OSCE).

Serbia can contribute to Hungary’s efforts to enforce its geopolitical interests in the region, such as achieving peace, expanding trade ties and ensuring energy security, the Hungarian Foreign Minister Péter Szijjártó said. He said that bilateral turnover had increased significantly in recent years, and that the Hungarian Trading House and Eximbank would open a representative office in Belgrade and help small and medium sized companies develop bilateral cooperation. Commenting on energy security in central Europe, Szijjártó said this area was an all-European responsibility and due to the cancellation of the South Stream project the EU must support alternative schemes.

Ivica Dacic said the improvement in bilateral relations was down to the determination of the countries’ leaders in the past two or three years. Some serious long-lasting conflicts have been successfully resolved, which is an “achievement of historic value”, he added. Serbia is interested in maintaining good relations with Hungary and is ready to further improve them and jointly identify shared interests to achieve concrete results, Dacic said.