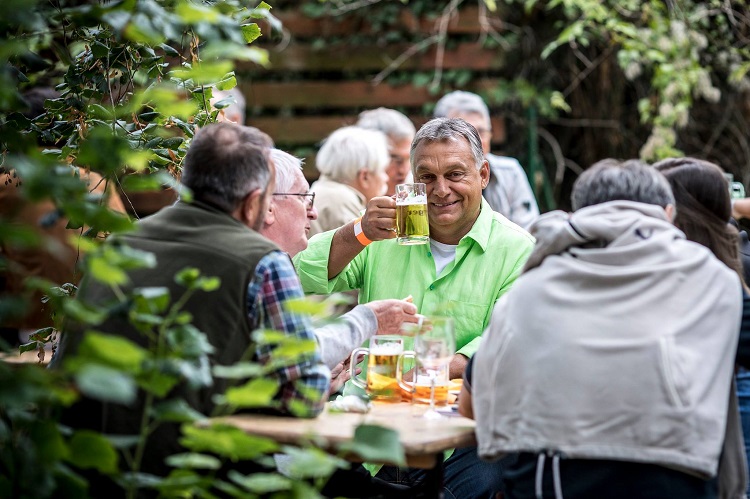 The stake of next year’s general election will be protecting the government’s accomplishments of the past seven years, the Hungarian Prime Minister Viktor Orbán said at an informal event of Hungarian conservative and right-wing politicians and intellectuals over the weekend.

Among the government’s feats that „must be protected”, Viktor Orbán mentioned the protection of Hungary’s borders, the installation of the border fence, ensuring the security of families and jobs and public security. He also talked about a recent NATO estimate according to which 60 million migrants could flee Africa between now and 2020, most of them heading for Europe.

Speaking at the 16th annual Civic Picnic in the village of Kötcse, in southwestern Hungary near Lake Balaton, Viktor Orbán also talked about a changing world order and French President Emmanuel Macron’s vision for Europe that he laid out in a recent interview with French weekly Le Point.

The Hungarian Premier said that certain aspects of the French president’s vision were in line with Hungary’s interests, but voiced disagreement on others. He agreed with Macron’s views on the need for realism in foreign policy as well as what he had said about the crisis faced by the West. He also agreed that the EU must respect its basic principles if it is to overcome the weaknesses that had led to its problematic functioning.

As for the sixteenth “civic picnic of Kötcse”, Minister of Human Capacities Zoltán Balog, who is the head of the host “Foundation for Civic Hungary” as well, told pro-government daily Magyar Idők that “the Kötcse community is comprised of the some five hundred people from the realms of the economy, science, culture, education and church life who have been our supporters both in good times and bad times, and even when they perceived problems.” Balog added: “They are cross for us, not with us.”