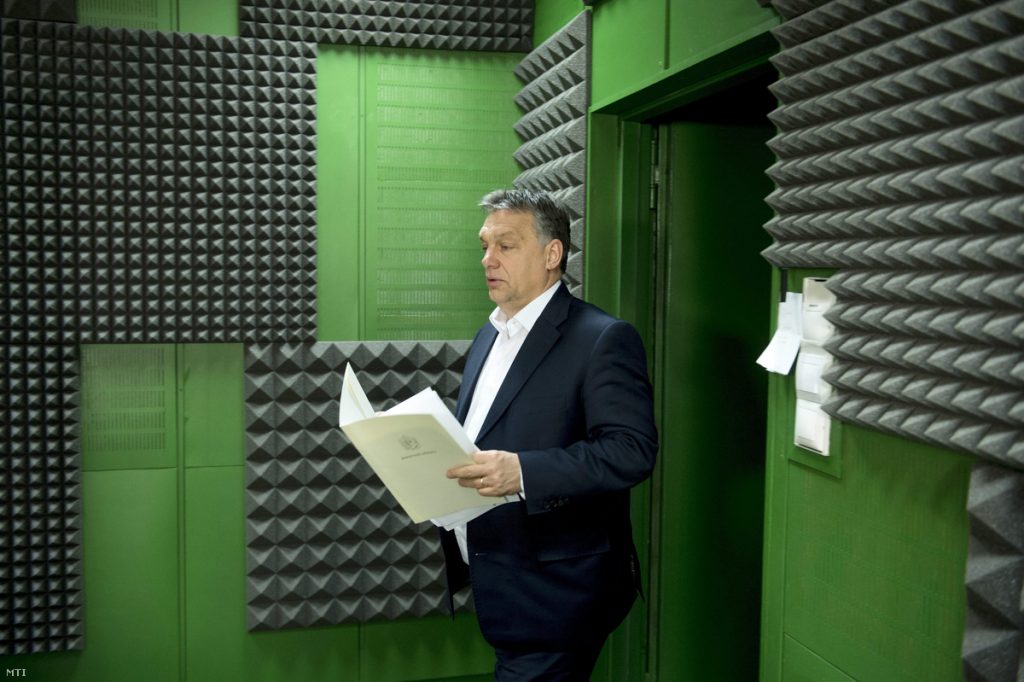 In his regular Friday morning interview on Kossuth Rádió this week, Prime Minister Viktor Orbán gave his remarks on the advertisement tax, the Minsk ceasefire agreement and immigration, pointing out that Hungary will become a big refugee camp in time if immigration is not deterred.
People who cross the border illegally must be arrested immediately without regard for its reason, the Prime Minister said, explaining that Austria and Germany will change their immigration rules, resulting in migrants arriving to Hungary not being able to proceed and “getting stuck here”. If Hungary will not have laws to catch these people immediately and send them back to where they came from, “Hungary will become a refugee camp”, Viktor Orbán said, emphasising that this must be avoided. If it becomes clear on the Balkans that it is not worth coming to Hungary, migrants will avoid the country.
Concerning the controversial advertisement tax, the Prime Minister said that “we need an advertisement tax and we require the revenue it yields, all other question are technical”, adding that the aim now is to prevent an infringement procedure initiated by the RTL Group in Budapest from taking place.
The Prime Minister also pointed out that Hungary needs a sensible and orderly relationship with Russia and also has well-founded interests in maintaining a good relationship with Ukraine. “Even a fragile peace is better than war”, he said on the Minsk ceasefire agreement, concluded on the previous year. He described ongoing events in Ukraine as “a war unusual in European history”, adding that the frozen conflict could easily melt and become a war.
“I invited President Putin and I’m happy he’s coming”, the Prime Minister commented on the Russian head of state’s visit to Hungary next Tuesday. Mr. Putin also visited Austria during the summer, he pointed out, going on to say that the Russian president is a “controversial but respectable figure” in political life. “For Hungary, it is important to be on good terms with Ukraine too and we must not forget this while making friends with Russia”, he explained.
PM Viktor Orbán is in the Ukrainian capital Kiev today to hold discussions on the Ukrainian crisis with President Petro Porosenko.
via index.hu
photo: Szilárd Koszticsák/MTI