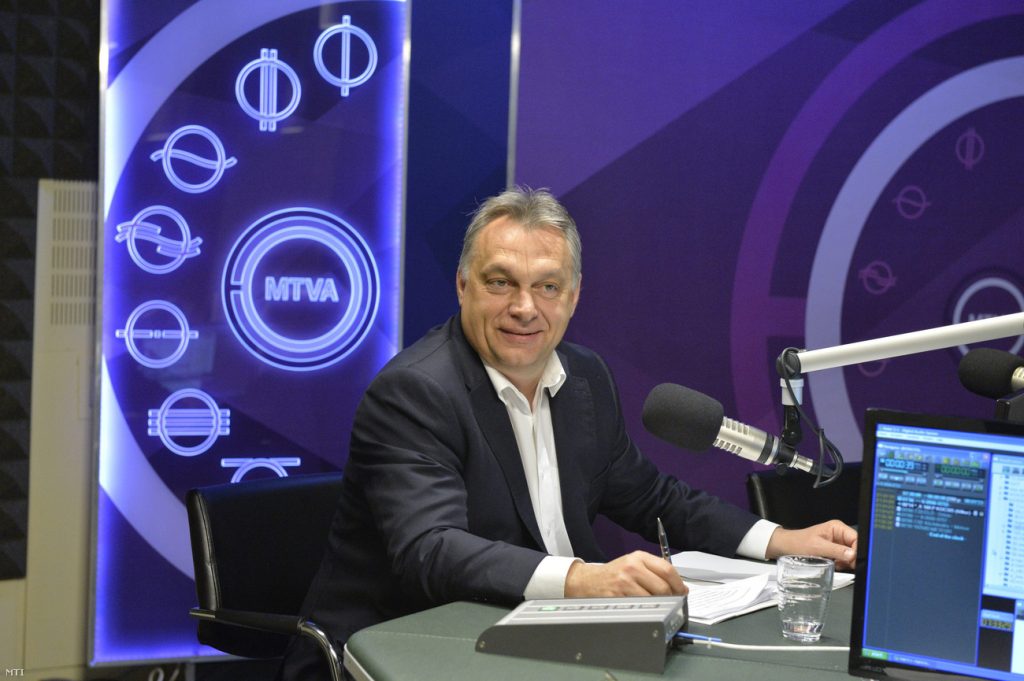 Hungarian Prime Minister Viktor Orbán has branded the European Union’s latest proposal of fining countries HUF 250 000 per migrant for refusing to take in refugees allocated to them under the quota system a “punch in the stomach” and a “horse kick” in his regular Friday morning radio interview on state broadcaster Kossuth Rádió.

Repeating his earlier standpoint against the EU’s refugee policies, the Prime Minister said that steps should first be made to protect borders and refugee camps should be set up outside the EU. Migrants “must be kept out! It is unacceptable that they are waiting for a decision inside”, he argued.

Concerning the EU proposal of fining countries EUR 250 000 for refusing to take in refugees allocated to them under the EU quota, he pointed out that the sum amounts to 40 years’ average salary in Hungary and it is the strongest possible propaganda against the European Union. Hitting out at Brussels for sitting isolated from the world in an ivory tower, the Prime Minister said that “it’s difficult to form indignation into a civilised form”. Commenting on former NATO chief Javier Solana’s comment suggesting that Hungary would be refused accession to the EU were it to apply today, the Prime Minister labelled the Spanish politician an “old Communist”.

Mr. Orbán hailed the decision of the Curia, the Hungarian Supreme Court, to give the go-ahead for the government’s referendum on the mandatory quota system and claimed that the referendum is “not a legal dispute” and necessary to “stop Brussels”.

Commenting on the country’s 2017 state budget, he said that it “points in the direction of civic development” and will enable everyone to make one step forward.