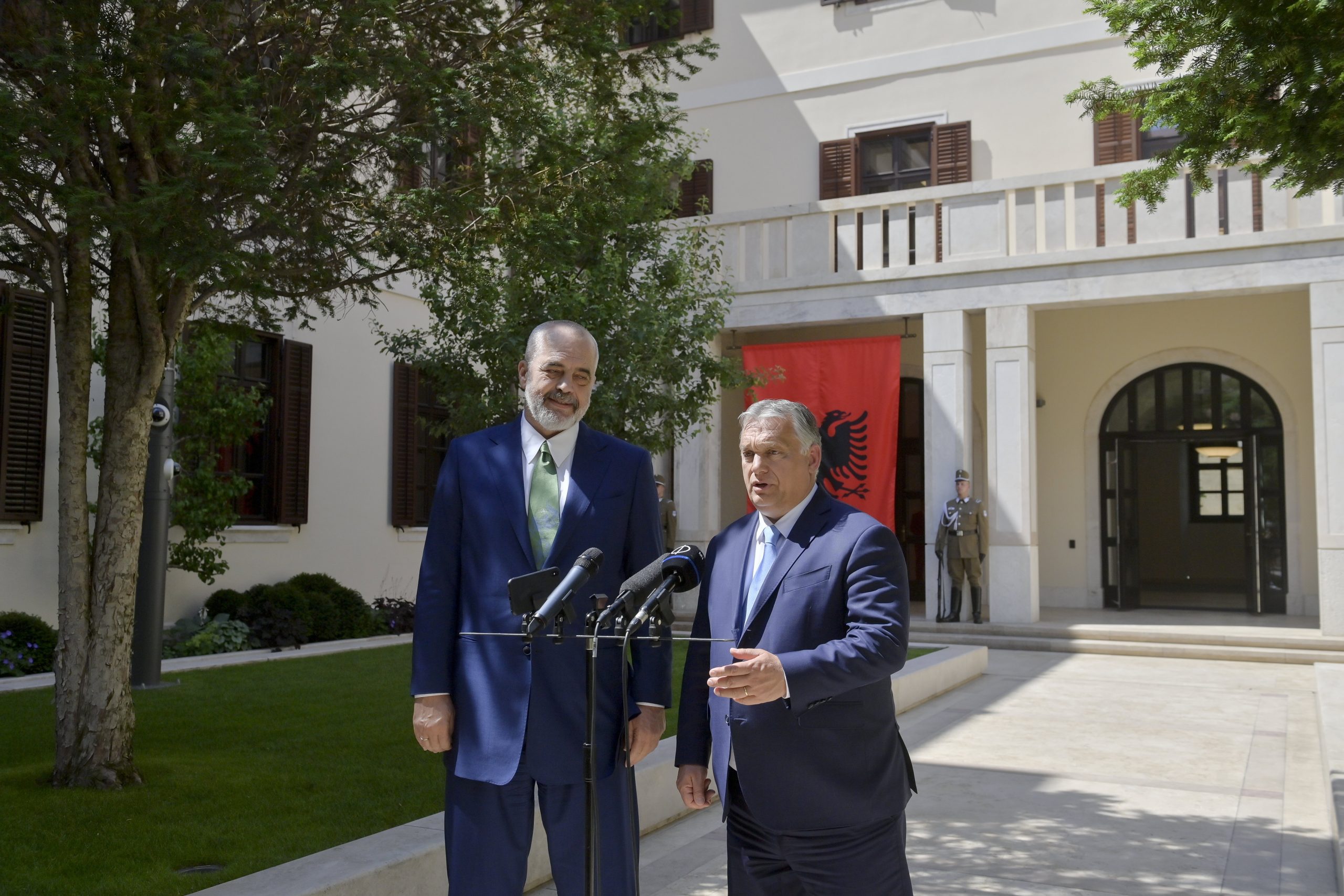 Orbán told a press conference that Hungary supported Albania’s accession also because the country’s EU membership would serve Hungary’s interests. Without the perspective of Albania’s membership, the continent’s security cannot be guaranteed, either in terms of politics or economy, he added.

Orbán said he had been working with his Albanian counterpart for a long time, since Rami had won three consecutive elections, which is unique in European politics. The two countries have no significant differences of opinion in any area and most importantly, Hungary supports Albania’s EU membership, he added.

Commenting on economic relations, he said Hungarian retail bank OTP’s presence in Albania represented a flagship in cooperation. Experience shows that once a large investor enters a country, the others will follow, he added.

Rama thanked Hungary for its support to Albania’s European integration. Hungarians and Albanians are linked by friendship going back to many years and cooperation between the two countries needs to be further strengthened, he added. He also said that Albania planned to work together with Hungary not only in strengthening economic links but also in education and culture.