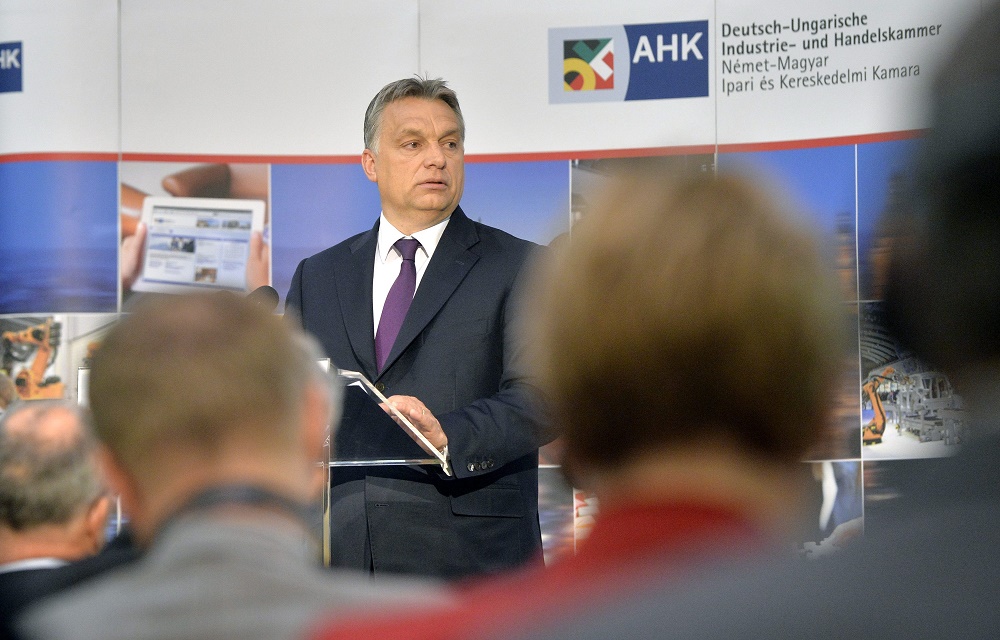 Prime Minister Viktor Orbán, addressing the German-Hungarian chamber of commerce and industry, said that although not every aspect of Hungarian economic policy is favourable to every German company operating in the country, the economic environment is generally positive for foreign investors. “Contrary to the opposing view, Hungarian governance is genuinely predictable when it comes to the important matters,” Orbán said at the annual meeting of the chamber in Budapest.

“The foundations on which we have built up the Hungarian economy are not going to be changed in the following years,” he said, citing the tax system geared towards consumption taxes and the 10% corporation tax. Further, there are no plans to introduce an inheritance tax, he said. “We will not punish families because they are successful.” He added that sectoral taxes were here to stay. “We have to keep them in the budget in order to sustain the budget deficit and public debt levels,” Orbán said. “I wouldn’t suggest that in this economic policy everything is favourable for every German company operating in Hungary, but overall the economic environment is positive for foreign investors,” he said.

The prime minister said that there is a cultural divergence between Hungarians and Germans, the latter preferring the predictable path as opposed to unconventional solutions. Hungary’s image on the European stage is of a country that does everything differently, he said. In the period after the 2008 financial crisis “we were forced to look for new ways,” he said, adding that Brussels could not decide whether to see Hungary as a “black sheep” or a “success story”. On the basis of the relevant economic indices, it is clear that the latter is the case, he said, adding that the method by which those achievements were arrived at, however, gave rise to a number of objections.

“But no one can deny that we have made improvements. At least were successful without German money,” he said. “Lots of others imagine a European future by which, somehow, we all assume joint ownership of German money,” he said. Hungary believes in disciplined budgetary management for another reason: not to get stuck into the trap of another’s money since “sooner or later we lose our dignity…” the prime minister insisted.