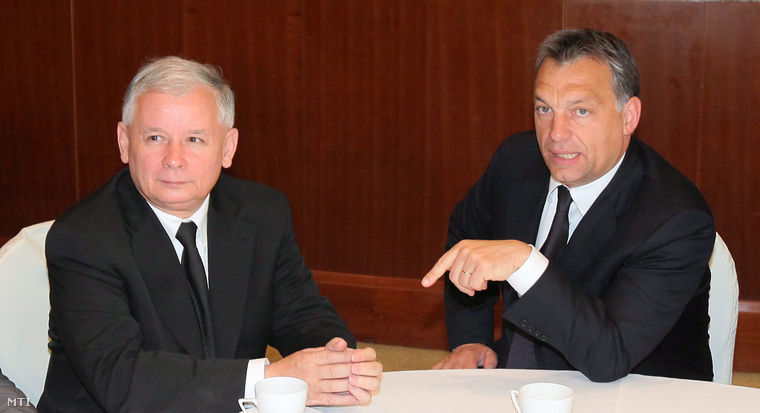 Hungary’s Prime Minister is holding “private” talks in Poland on Wednesday, vs.hu reported quoting “several sources”. According to the Hungarian news portal, Viktor Orbán has been invited by the leaders of the Polish ruling party (PiS), therefore the visit should be regarded an unofficial one. Since the Hungarian Premier will receive British PM David Cameron in Budapest on Thursday, it seems reasonable for the Visegrad countries to harmonize their foreign policies.

The Hungarian Premier meets with fellow conservative leaders at a resort in South Poland instead of the Parliament building of Warsaw with Polish Prime Minister Beata Szydło and PiS chief Jarosław Kaczyński are both expected to attend to meeting. In February 2014 the Hungarian-Polish relations suffered a minor setback as a result of Russian President Vladimir Putin’s visit to Hungary. However, Kaczyński’s party took power in Poland last October and now he is ready to warm up the historically outstanding relations between the two countries.

Although the detailed agenda of the meeting is yet to be known, some topics are thought to be addressed as Poland having similar disputes with the European Commission that Hungary had in the past years. Amending the laws on the role of the constitutional court, strengthening governmental control over media outlets and keeping distance from the euro zone are just some of these “common” issues between the two countries, vs.hu said. Furthermore, Hungary and Poland do share same stance on the European migrant crisis.