PM Orbán to Hold Talks with Chancellor Kurz in Vienna 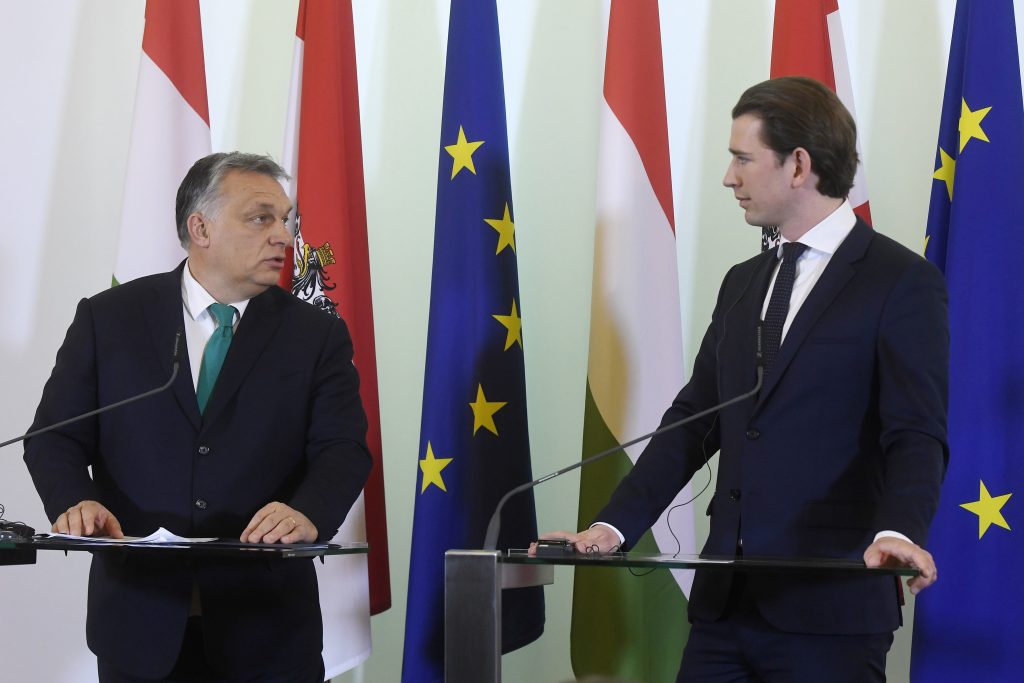 Yesterday PM Viktor Orbán paid an important visit to hold talks with Austrian counterpart Sebastian Kurz in Vienna. As HT reported earlier, after the elections in Austria an improve in relations was expected by many. This was the first time they met and discussed a number of issues.

On Paks expansion, PM Orbán said that is not an Austrian-Hungarian issue but a European one to be settled by European legal forums and Hungary will make every possible effort to ensure that the difference in opinions about nuclear energy does not harm bilateral relations. Sebastian Kurz voiced the Austrian government’s protest against the involvement of state aid in the project, which he said should be investigated. If regulations are broken, Austria will exercise its options for legal action. Last March European Commission granted its approval to the Hungarian state’s aid which allows to expand Paks power plant, however Austria decided to launch a lawsuit against this decision.

One of the main topics to discuss was that Austria has recently announced to plan to cut family benefits for resident’s children living in other countries. This would affect about forty thousand Hungarian children as well, as approx. 72,000 hungarians work in Austria. Seemingly, no agreement or promise has been made as PM Orbán said at press conference that he had asked Kurz to ensure that Hungarians working in Austria receive fair treatment as regards eligibility for family subsidies and called the European Commission to supervise the issue citing that the EC is the guardian of treaties and if it learns of developments that go against the European Treaty, it is obliged to take action.

With the victory of right-wing parties in Austria in October many expected that the two governments would be on the same page regarding the much debated issue of migration. Orbán highlighted again that the future of Europe and the Christian culture should be protected. Kurz agreed that quotas are ineffective, EU’s migrant redistribution scheme had proven ineffective, illegal migration must be stopped and a new European asylum system is needed. Receiving countries should be the ones to decide whom they want to admit, he added. 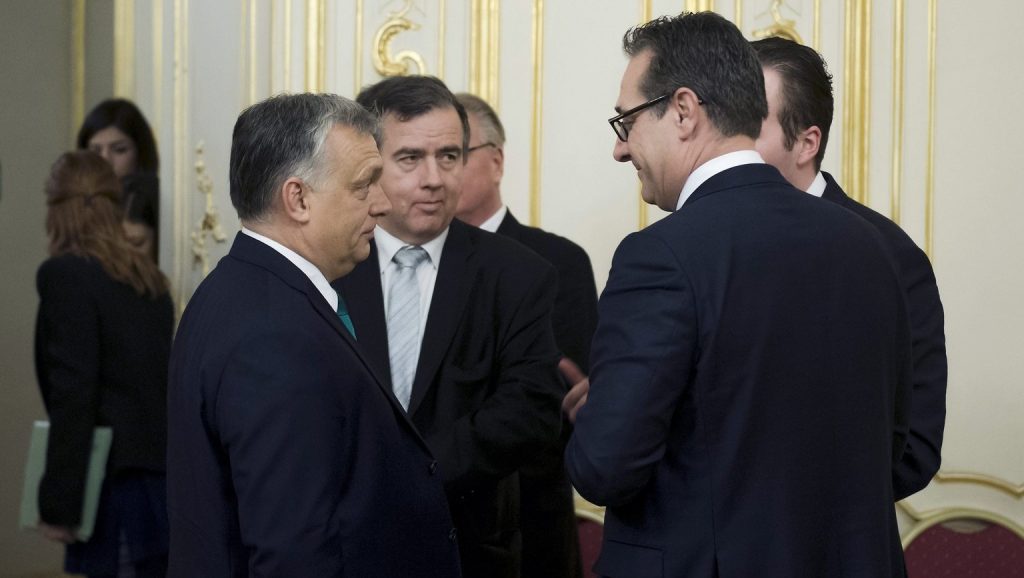 PM Orbán with Heinz-Christian Strache, Vice-Chancellor and head of the Freedom Party of Austria (FPÖ) at the Hungarian Embassy in Vienna. Photo: Koszticsák Szilárd/ MTI.

PM Orbán has then met Austrian Vice-Chancellor Heinz-Christian Strache, head of radical Freedom Party of Austria (FPÖ). Speaking at a press conference held jointly with Strache, Orbán said that up until recently, Austria had an “anti Hungarian” government that was hostile towards Hungary, but his has now changed and he had met Strache because the two most important topics that affect Hungarians in terms of bilateral relations, security and infrastructure development, belong to the smaller coalition party. Strache praised Orbán’s efforts in pushing for the protection of the EU’s external borders and the sealing of the Western Balkan migration route. He said he and Orbán had also discussed their countries’ shared goals, infrastructure development, economic cooperation, digitalisation, innovation as well as transportation links between Austria and Hungary. 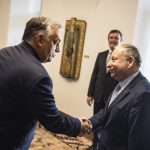