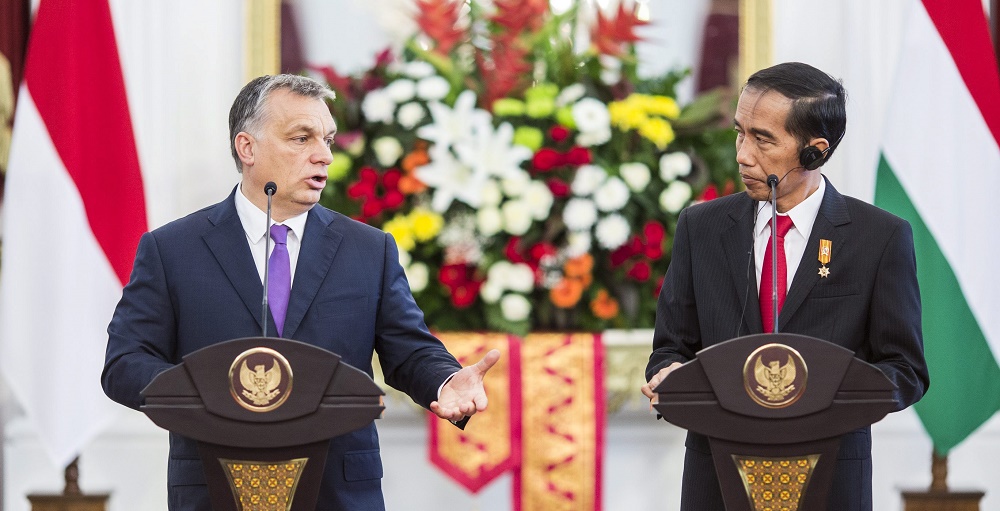 Hungary’s Prime Minister Viktor Orbán held talks with Indonesian President Joko Widodo in Jakarta. In a press statement, the Hungarian Premier mentioned farming, information technology, and water management as possible areas for closer economic ties. Orbán praised the Indonesian government for efforts in “stabilising the situation within three or four hours” after the recent terrorist attack. “Indonesia is a stable country where Hungary seeks economic cooperation opportunities,” he said. The Indonesian President called his talks with Orbán friendly and effectual. He added that the talks also touched upon cooperation in renewable energies and drinking water projects for his country.

Later in the day Viktor Orbán gave a speech at an Indonesian-Hungarian business forum in Jakarta, recommending Hungarian business opportunities to participants. Orbán said that Hungary’s approach to business was “cooperative rather than imperialist”. “Hungary does not like large international companies that exclude local companies from business, and expatriate their profits,” Orbán insisted. The prime minister urged closer cooperation with Indonesia, and mentioned bilateral ties with countries like Japan, China, or India as examples. Indonesian Vice President Jusuf Kalla also called for closer ties and said that his country offered excellent business opportunities.

At the forum, several bilateral agreements were signed, including one between the Hungarian public media and Indonesia’s Antara news agency, another one between the industrial chambers of the two countries, and a third one concerning water management. Hungarian Foreign Minister Péter Szijjártó and Farm Minister Sándor Fazekas have signed agreements on a higher education exchange programme and on fishing and aquatic culture. Under the former agreement, 50 Indonesian students will have an opportunity to study at Hungarian universities.

The Hungarian Prime Minister also held a meeting on Monday with the Secretary-General of the Association of Southeast Asian Nations (ASEAN) Le Luong Minh in Jakarta. The parties discussed the various challenges facing the European Union and ASEAN, and Orbán assured the secretary-general that ASEAN could count on Hungary as the country is “open to free trade and regional economic cooperation”. Viktor Orbán said that Hungary was especially competitive in education and culture.

Foreign Minister Péter Szijjártó, member of the Hungarian delegation on an official visit to Indonesia, said in Jakarta that Hungarian companies signed 37.6 million US dollars-worth of agreements in Indonesia. The Hungarian foreign minister said the most important contract signed was for the Budapest Water Works to build water treatment systems in 34 Indonesian localities. The value of the contract is 36 million dollars and this could grow as the Budapest Works will take part in Indonesia’s plans to weigh up modernisation needs in the country’s water system.

Hungarian IT companies will also be able to complete 1.6 million dollars-worth of developments for Indonesian IT firms. From the middle of next year Hungarian mobile phone provider Cellum will supply the applications to be bundled into the largest Indonesian mobile phone operator’s system, Szijjártó added. He said Hungary’s Eximbank had opened a 200 million euro credit line to support business partnerships between Hungarian and Indonesian companies. He added he held talks with the Indonesian foreign minister and with the country’s ministers in charge of utilities, housing as well as trade. 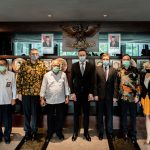 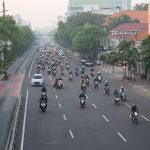