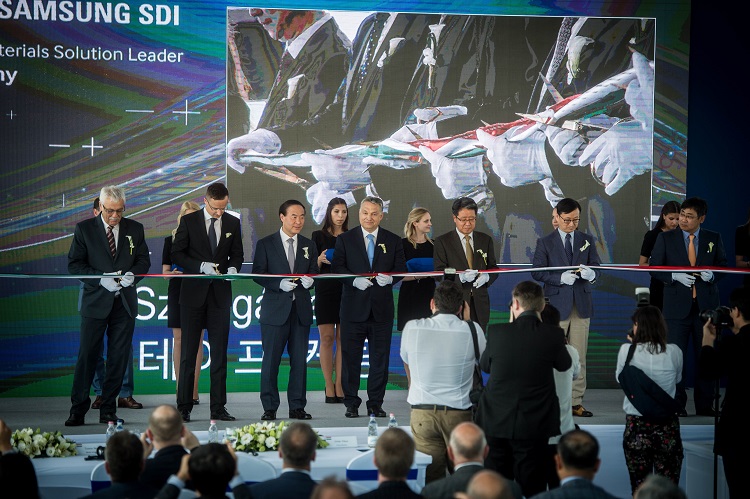 Reindustrialisation in Hungary will shift up a gear in 2017, Hungarian Prime Minister Viktor Orbán said at the inauguration of Samsung SDI’s electric car battery plant in the town of Göd, north of Budapest.

Hungary’s auto industry employed over 160,000 in the first quarter of the year, Orbán said, arguing that this had allowed Hungary to become a hub for car production in central Europe. The prime minister said the country was on its way to becoming a regional development centre for the auto industry as well as a market leader in electric car production. He said the South Korean giant’s new plant in Göd would be one of Hungary’s new auto industry investments which not only serve to produce cars but allow manufacturers to “dream up”, produce and test “the cars of the future”. Orbán said several other countries would have been happy to provide a home for the Samsung SDI plant, but “Samsung is committed to Göd”. And since the town has also committed itself to the company, the government decided to support the investment, he added.

The Hungarian Premier said that by 2019 there would be between 3,500 and 4,000 electric car charging stations around Hungary and by 2020 some 63,000 electric vehicles on the roads, 54,000 of which would be passenger cars. Viktor Orbán said that although it had become clear since Hungary’s change in regime that a market economy did not always guarantee quality, if something is made in South Korea “we could always be sure that we are dealing with an excellent product.” He said South Korea and its companies had been symbols of quality and innovation ever since. Orbán said South Korea was a role model for Hungary, demonstrating that hard work, precision and creativity can propel a country’s products to the global market. He described South Korea’s economic history as a “breathtaking success story”. 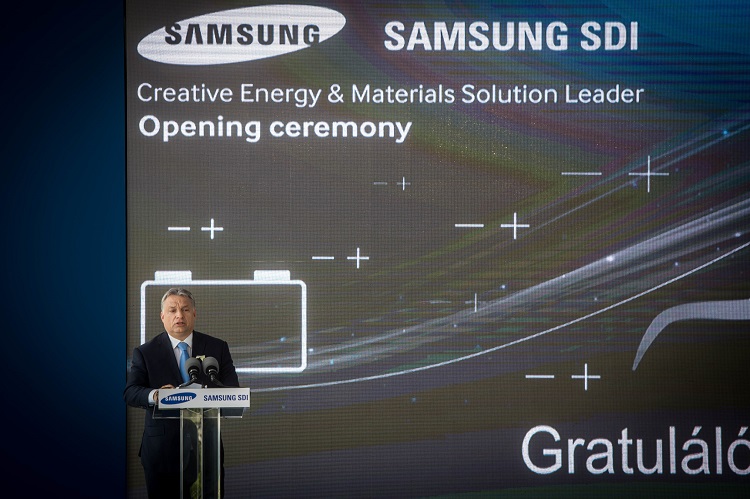 The Prime Minister said South Korea and Samsung’s histories also proved that the workings of the global economy were not predetermined. Certain regions may gain in strength while others may take steps back, but South Korea is among the countries that “set the pace” in the global economy, he said. It was important that Korea had learned from others but “had always walked its own path” over the course of its history, adding that the country is an important trading partner for Hungary. Orbán said Samsung’s investment would be mutually beneficial for both the company and its Hungarian base, arguing that the plant will provide jobs for the city’s residents while Samsung will be subject to the lowest tax rates in Europe. 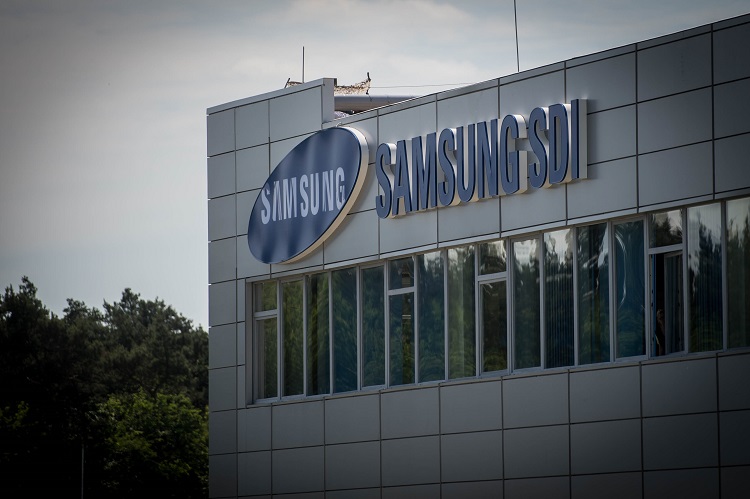 Samsung SDI CEO Jun Younghyun said the coming expansion of the global electric car market would greatly increase demand for batteries produced at the Göd plant. The factory will employ the most up-to-date technologies, he said, adding that it could contribute to a surge in Europe’s electric car market. Péter Szijjártó, the foreign affairs and trade minister, said last August that Samsung SDI’s 100 billion forint (EUR 324m) investment in Göd would create 600 jobs.