PM Orbán: Europe's Demographic Problems Shall Not Be Solved By Immigration 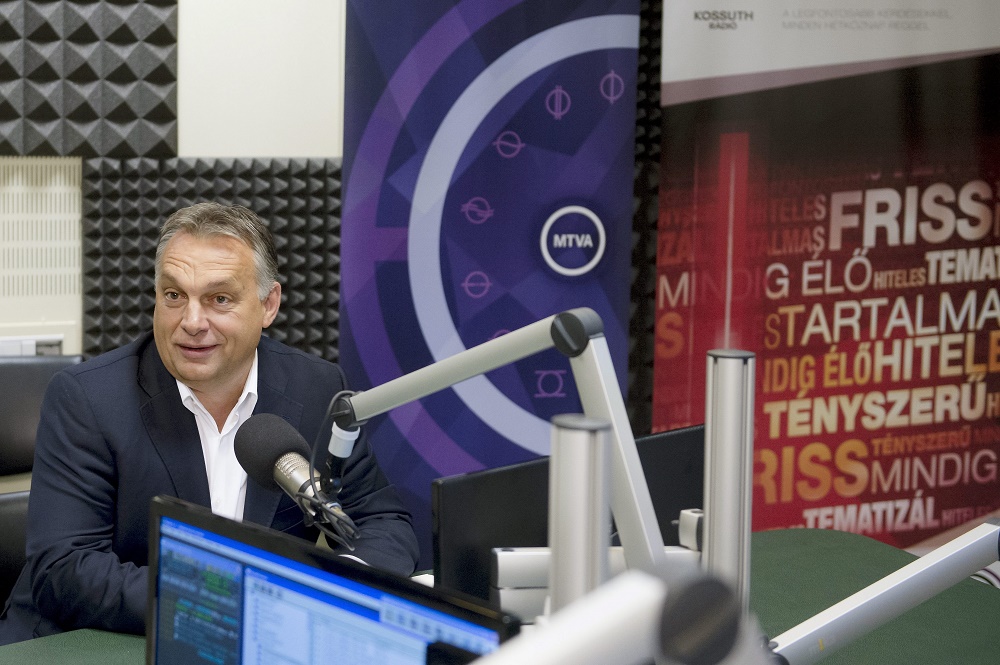 Hungary’s government firmly believes that demographic problems should not be solved by means of immigration, PM Viktor Orbán told public radio in his regular Friday morning interview. “If other European countries attempt to solve their demographic problems with men who resemble young warriors”, they are free to do so, but we cannot accept this approach being forced on Hungary”, he said. He remarked that a section of the Hungarian left as well as certain European elites look upon immigrants as a great opportunity. “In my view this is a fatal mistake”, Orbán insisted.

The Hungarian Premier takes the view that his Croatian counterpart Zoran Milanovic should be looked upon as an agent of the Socialist International whose duty it is to attack Hungary. “The things that the Croatian Prime Minister says we do not regard as the opinion of the Croatian people”, Orbán said, indicating that Zoran Milanovic and his party form part of the Socialist International, and the parties that belong to this organisation see immigration as a good thing. Regarding the Austrian position, the Prime Minister indicated that politics in Austria “is currently in a state of turmoil” due to the local elections; this is something we must acknowledge, and “we must seek to find ways to cooperate with the Austrians”.

The Hungarian Prime Minister believes that the instincts of the Visegrád Countries, the V4, function well as far as immigration is concerned, “there is a problem with the countries which take a more ideological stance”. As an example, he mentioned French and Italian politics, while a section of the German and Austrian political elite, too, clearly sees migration as a positive phenomenon, and therefore encourages it. Some European leaders are happy to see their countries being flooded by tens of thousands of foreigners who are arriving in a completely uncontrolled manner. Viktor Orbán said that people knew very little in the world about the true nature of migration, for instance, the illegal business of human trafficking.

Concerning the UN meeting held in New York this week with regard to the issue of migration, Viktor Orbán said his impressions were mixed. From among the leaders of Europe, the Maltese and the Hungarians proposed the introduction of global quotas wholeheartedly and courageously. In this context, he added that one of the problems is, in his view, that Europe is divided; there is no united response to immigration. In answer to a question regarding the difference between the European and global quotas, he said: it is not fair that Europe should take on all the troubles of the world. “We are simply not able to do this” as this would crush the continent’s form of living.