PM Orbán: Europe Should Be Preserved For Europeans 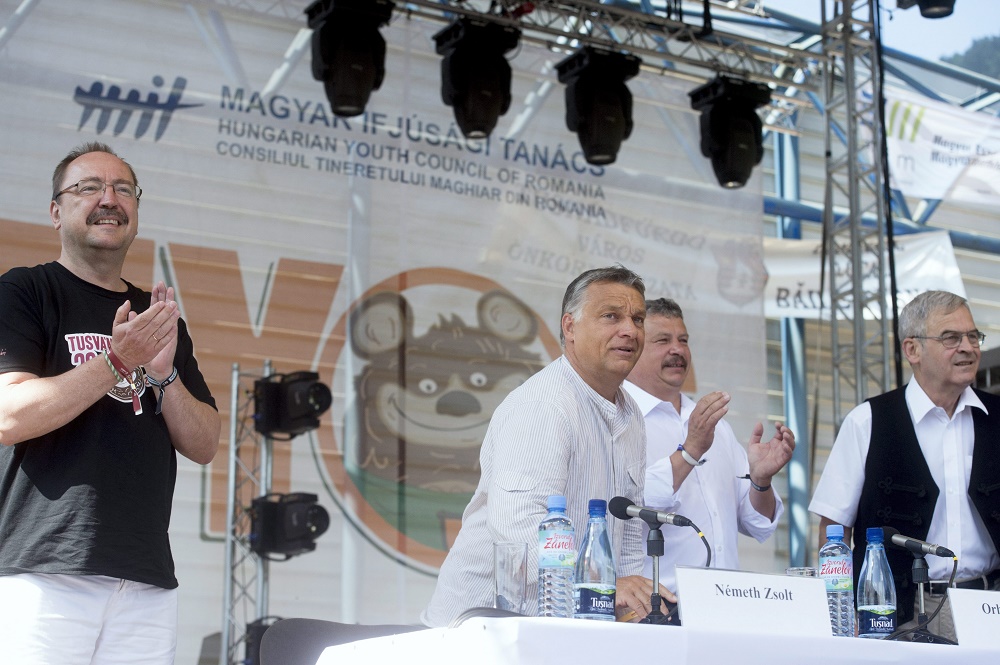 “The question now is not merely what kind of Europe we, Hungarians would like to live in, but whether that which we call Europe today will at all survive”, Hungarian PM Viktor Orbán said at the 26th Bálványos Summer School and Student Camp held in Tusnádfürdő (Baile Tusnad) of Transylvania (Romania).

“Our answer is clear: we would like Europe to be preserved for the Europeans”, he added. The Hungarian Prime Minister emphasized that modern-day mass migration is a consequence of political processes. In his view, the real threat is not coming from war zones, but from the depths of Africa. The Hungarian Premier criticized harshly both the European and Hungarian left-wing elites, which, he said, do not perceive immigration as a source of danger but as an opportunity. According to Viktor Orbán, the left believes that the escalation of migration may definitively debilitate, or even eliminate, national boundaries, and this would constitute the attainment of the long-term objective of the left in a historical perspective.

“While the Hungarian left incited against Hungarians beyond the borders in 2004, they would today readily embrace illegal migrants, and would await them with open arms. These people, these politicians quite simply do not like the Hungarian people”, Orbán concluded. He added: if the left had been given the chance to form a government in 2014, “within a year or two, we would not recognise our country; we would be like a refugee camp”. As for the fence on Hungary’s border with Serbia, it will be built by 31 August; any other dates are invalid, Viktor Orbán announced. “Based on experiences to date, the number of illegal border-crossers decreases to one-sixth to one-seventh immediately after the construction of such border fences. I am expecting a large-scale improvement as a result of this measure”, he said.

Viktor Orbán also informed his audience of the results of the national consultation on immigration and terrorism. He pointed out that 1,000,254 questionnaires were completed and sent back, and according to the results, 95 per cent take the view that Hungarian families and the children to be born should be supported, instead of immigration. More than two thirds of Hungarian people find the issue of the spread of terrorism relevant to their own lives. Three quarters of them believe that illegal migrants are a threat to the jobs and livelihood of the Hungarian people. Four fifths take the view that the policy of Brussels regarding immigration and terrorism has failed, he said.