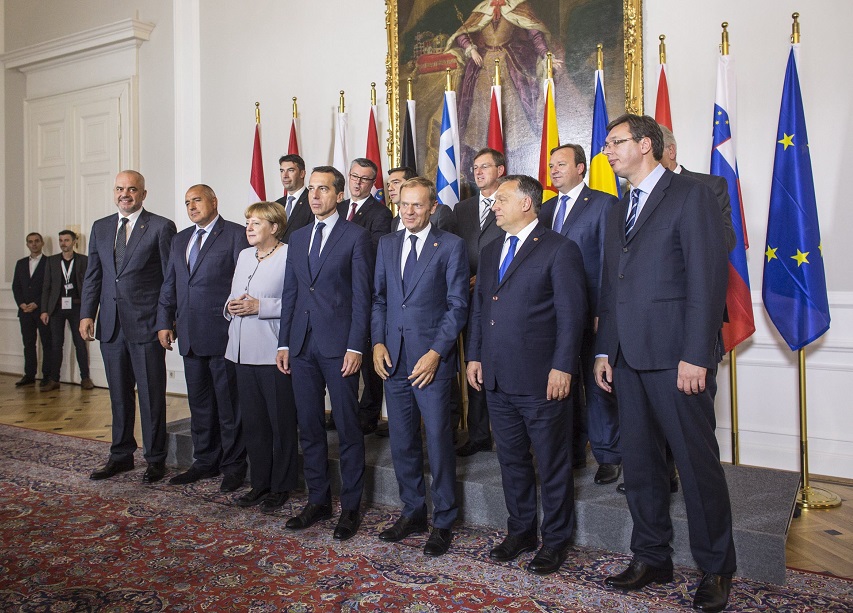 Hungary’s Prime Minister told EU leaders at a summit in Vienna that a similar agreement should be crafted with Egypt as the existing one with Turkey, and he gave warning that 5.5 million migrants were currently waiting there. Without an agreement “we may get a surprise,” Viktor Orbán told a press conference after the summit. He also called for supporting stability in Libya, where there is a chance of building a “giant refugee city” where illegal migrants can be returned to from Europe.

The Hungarian Premier suggested to EU leaders that Europe should prepare for building a new line of defence, as a worst-case scenario, if the EU-Turkish pact fails. He said he welcomed an agreement among participants of the Vienna summit that the western Balkan route must remain closed before migrants, but criticised that there was no answer on “when Greece can manage to close its border to the south”. He said Hungary was among countries that think there is a need for a Plan B, as the pact with Turkey cannot be trusted exclusively. “For one thing, because there was recently an attempted coup in Turkey,” he said. One possibility for such a defence line is on the Macedonian-Greek border, another is on the Serbian-Macedonian border and the third choice is the Hungarian-Serbian border, he said. A fourth option, raised by Austria, is that it should be between Austria and Hungary, but Orbán said this would be “painful” and instead urged Austria to help “defend Hungary’s southern border together”. He said he had held talks with the Macedonian Prime Minister and made it clear that if there were a new line of defence built south of the Hungarian-Serbian border, Hungary would provide assistance, both financially and in terms of resources.

Viktor Orbán also said Hungary wants the European Union to raise spending on handling migration and to distribute it more justly between the affected countries. “The money is always given to Italy and Greece” while Bulgaria, Macedonia and Serbia receive “shamefully small sums”, he said. He added that Hungary had been “tricked” by EU officials on the quotas, because twice it was announced that introducing them would be voluntary, yet a decision to the contrary was passed in the end. Orbán insisted that instead hotspots should be set up outside the EU’s borders and only those who request and gain asylum status there should be allowed to enter Europe. “If this is implemented, we won’t need quotas,” he said. Solidarity means everyone contributes what they can to the community. Hungary cannot contribute a quota, … it can do its share by protecting the borders, Orbán said. It is protecting Austria and Germany, too, he added.