PM Orbán On EP Resolution: “It Is Foolish To Shame Hungary” 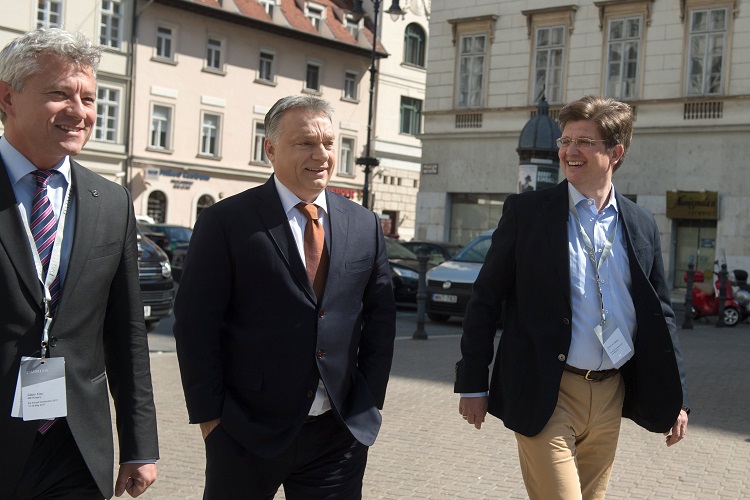 It is “foolish” to shame Hungary, as it currently has the highest or second highest growth rate in the European Union, Hungarian Prime Minister Viktor Orban has said at German carmaker Daimler’s general assembly meeting in Budapest on Thursday.

Hungary has the fastest-declining unemployment rate in the EU; it complies with all European financial regulations and its public debt is decreasing, Orbán said. He said it was time to concede that Europe’s economy could not be strong without successful European national economies. Orbán described Hungary’s 4.1 percent first-quarter GDP growth rate as “not bad” compared with other EU member states, saying that it had surprised analysts. He added, however, that he was not satisfied with the data, as Hungary will need to reach even higher growth levels.

The 2008-2009 financial crisis was not about economic cycles but a structural crisis, a crisis of competitiveness, therefore the response should be given in the latter dimension, he said. Orban said two key components needed to guarantee Europe’s competitiveness — a successful Germany and successful central Europe — were already in place. “A reformed France and an Italy with strong political leadership are still needed,” he added.

He added it would be important for Britain’s divorce talks with the EU to end in a “win-win situation”, adding, however, that the current state of negotiations pointed to a “lose-lose” situation. 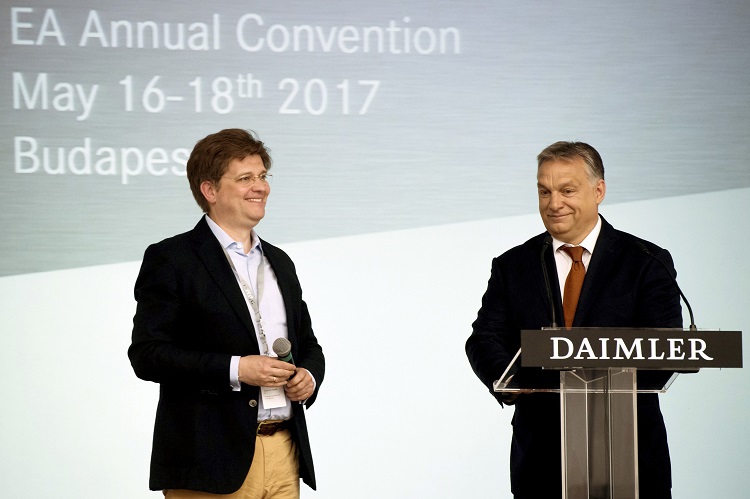 The Hungarian Premier also said at the Daimler meeting that the Mercedes’ plant in Kecskemét, in central Hungary, is a “symbol of the trust” the company has in Hungary. Viktor Orbán said the plant had been built during the financial crisis, back when investments “weren’t being thrown around in Europe”. He said that back then, Hungary had been in worse shape financially than Greece. In this difficult time, Mercedes’ decision to invest in Hungary was more than just a financial one: it demonstrated that Mercedes believed in Hungary’s future, he added.

Orbán expressed hope that the company had not regretted the investment, saying that “the numbers look quite good” and the 1.3 billion euros invested in the Kecskemét base had been worth it.He said Mercedes was one of the reasons the Hungarian economy was on an upward trajectory.