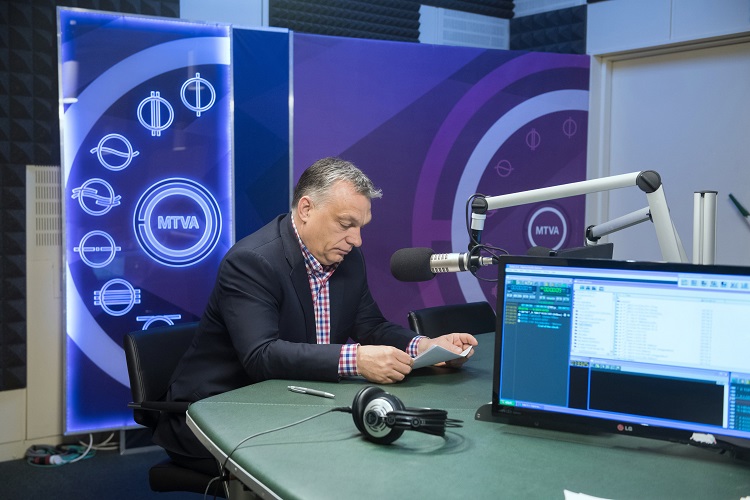 The future of the “Soros university” depends on US-Hungarian intergovernmental talks, Hungarian Prime Minister Viktor Orbán said on Friday in an interview to public radio.

A recent investigation by the Education Office revealed that the operation of several foreign universities, including Hungarian-born US financier “George Soros’s university”, fell foul of regulations, Orbán said, referring to the Central European University. “Even if someone is a billionaire, they cannot be above the law in Hungary … cheating is cheating, no matter who does it,” Orbán added. He said the CEU enjoyed an unfair advantage over Hungarian universities because it can award both a Hungarian degree and an American one despite admitting that it does not operate abroad, which is against Hungarian regulations.

In response to the question about whether the CEU would be able to operate in Hungary in the future, Orbán said this would depend on US-Hungarian talks and an agreement. No discussions have taken place with the US government on the issue, he added. In line with the bill, an intergovernmental agreement would be necessary for any foreign university to operate in Hungary, he said. Asked whether talks would also be held with the CEU, he said all the CEU must do is comply with the law. “We won’t have talks with them because they are not the US government, even if that’s what they might want to be,” he added.

In an interview to public radio, Orbán also said Hungary’s migration policy protects both the country’s borders and the external borders of the EU. If it weren’t so, “the Austrians and the Germans would be in trouble,” the prime minister added. Hungary’s policies are run by common sense, contrary to those of other countries, he said, adding that Hungary will not tolerate anyone moving in and out of the country unchecked. Orbán said that a year and a half ago, when he had first proposed that migrants should be checked outside the EU’s borders so refugees can be separated from economic migrants, “everyone screamed heresy”, but now more and more European governments are saying that this is the right way to go.

The prime minister also said that for over a decade now, there has been an international campaign linked to Hungarian American billionaire George Soros that has been trying to prove that state borders are pointless and that nations should not have the right to decide whom they want to live together with. Orbán said this campaign also aimed to place international legal institutions above nation states to rule on who can live with whom and where. Orbán called the situation surrounding NGOs and international networks “morally intolerable”, insisting that groups referring to themselves as such “have nothing to do with civil organisations”. Orbán said those groups “attack Hungarian police officers and soldiers” protecting the country’s borders. He described the situation as a “well-organised migrant business”.

The prime minister cited the example of a recent ruling by the European Court of Human Rights (ECtHR) ordering Hungary to compensate two Bangladeshi asylum seekers for wrongly detaining and deporting them in 2015. Orbán said the ruling was a way for the court to “make money on us”, which he said constituted a “migrant business”. He said it was “regrettable” that the ECtHR “provides a helping hand” to the “migrant business”, adding that the court’s rulings were a threat to the security of Hungarians. Orbán repeated his stance that the Strasbourg court should be reformed. Asked if Hungary was considering withdrawing from the European Convention on Human Rights, Orbán said that a number of countries had raised complaints in connection with the document. Member states should review the document to see if they still consider the goals for which the court was established to be valid, he said. Orbán added that Hungary’s government will conduct its own review at its next meeting.

Commenting on the meeting of the European People’s Party in Malta on Wednesday and Thursday, Orbán said unity was always important in a community, and such public deliberation was a demonstration of unity. “The art in the meantime is to discuss issues on which there are differences of opinion in an honest way,” he said.

Regarding the state of Europe, Orbán called the continent “the best place in the world” but its future challenges brought uncertainty for its citizens. Yet the reaction of the European elite is to “stab them”, he said. Behind the strengthening of radical parties is the fact that Europeans, with reason, see uncertainty in their future. “The Hungarian government at least names problems and gives answers to them,” he said, adding that most of those identified had turned out to be the case, “so the future in Hungary appears to be more orderly than in richer European states,” the prime minister insisted.

Referring to elections in the Netherlands in mid-March, he said the governing party had managed to stay in power because it had taken over Hungarian policies on migration and clearly stated that the migration wave must be stopped in it tracks. Politicians who had failed to take over Hungarian policies, such as the Dutch Socialists, had “disappeared down the drain”, he added.